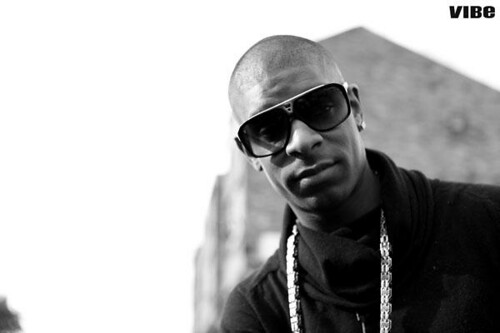 DVS: I got into music when I was quite young, I’d say around the age of 15. Actually, it was probably when I was like 13 or 14. I’ve always loved music, but I've never really looked at it professionally, I just liked the feel of it. Artists such as Tupac and Biggie influenced me a lot. I’d say Tupac first, Biggie second, and then people like Styles P followed after. I was never into the whole garage/grime thing, I just thought rap was more realistic for me and it was much deeper. When it came to grime, they were just talking about kidnapping your grandmother and stuff like that (laughs), so I couldn’t really buy into it. With hip-hop, you can really talk your mind and get deep; I just don’t think you can’t do that with grime.

Without sounding big-headed, I think that PDC started off the whole UK rap thing – you can even say people like Northstar and Mashtown as well. Now, though, everybody’s trying to come up and it’s because they’re seeing artists getting love from big record labels now. I like Tinie Tempah, but there are other artists out there who are getting somewhere off of this rap thing, just rapping about what us lot used to talk about. It’s getting more recognized now, it’s what people want. I mean, you can look at the YouTube hits, people are starting to really understand the music. Real talk is what the people want to hear. You’ve even got N-Dubz trying to talk pain now. There are a lot of other artists out there who talk pain and haven’t even been through it, but they get away with it and make good money off of it.

PDC, though, that was all before the music. That was a friend’s from the area type thing, everyone just joined up and what not. But when the music side came about, when we started out, we didn’t even think people would like our music, we just rapped because we liked rapping. Once we did our first DVD and more and more began to like us, we just kept going with it. But PDC have had a lot of restrictions over the years. I couldn’t even do an interview five years ago, things like this would’ve never happened because of certain restrictions, but times have changed. PDC is more like an official business now; we’re trying to do a lot of different things right now. Me, I’ve always been on the street side of things, but I love music and I just hope it continues and goes further and further. Whatever I do in the future, PDC will always be with me.

Lyrically, there are some people out there who don’t get where I’m coming from, but if they were to really listen closely, they’d see things differently. I’ve met people before and they’ve been like, “Yeah, all you talk about is killing and robbing people” and I asked them, “Have you even listened to the music?” Then they’re like, “No, but I can imagine what it would be like.” So most people, I find, have never really listened to my music properly, they just have a certain image of me in their heads already. But if I’m being totally honest, I don’t really glamorise the roads as much as other people do, I just talk about reality, pain and life. It’s just like Trevor McDonald reading the news; I just read it in a different way. A way that more people can relate to and understand.

I don’t know if other artists are like this, but for me, it’s like there are certain tracks that I put out which I'm not really too fond of, but everyone else ends up loving them. The kind of music that I like is ‘My Thoughts’ and the real pain, heartfelt songs, but that isn’t what sells. That does not sell in the industry. People just talk about fucking girls, that’s what sells. My favourite tracks are the heartfelt ones, such as My Thoughts, Marjay, Back In Jahlliyah and Snakes & Fakes, that real pain. Any track that you hear me talking about pain, that’s my favourite track. Talking of the industry, I’ve got a lot of respect for people Charlie Sloth; he’s definitely the man right now. Charlie brings the people through, like, if you can rap or you’ve got a lot of heat, he will bring you in. Charlie gives a lot more people opportunities than Tim Westwood would. I’ve got a lot of love for Charlie, man.

I've been doing some mainstream-sounding tracks recently, tracks that I'm not used to. I did one with Shystie and I also hooked up with Swiss from So Solid to make something as well. Even if I look at 6 Million Ways To Die, obviously I did that for Charlie, but that’s not really my ideal kind of song – that grimey kind of beat, it’s not really me. When my mixtape and album comes out, that’s when I can really do me; I can put all the pain I want in there. There are few people out there doing their thing at the moment, though. Sneakbo is good, he's from brixton. Anything from Brixton, I'm feeling it! K Koke and Tinie Tempah, I think they’re good. Not a lot of people can cater to my taste in music, so it's a hard one. On an up-and-coming level, Political Peak is very good, he's another one from my area – definitely one to watch. Years ago, no-one even listened to English rap. Things have changed! – As told to Joseph ‘JP’ Patterson

Jay-Z's Armand de Brignac aka Ace of Spaces has sold 50% of its stake in an acquisition by Moët Hennessy Louis Vuitton (LVMH). On Monday morning (Feb. 22), The two leading luxury spirits brands announced their new alliance which includes a global distribution agreement.

“I’m proud to welcome the Arnault family into ours through this partnership that began with Alexandre Arnault and continued with his father Bernard Arnault and Philippe Schaus, at my home in Los Angeles," said Carter in a press release. "It is a partnership that has felt familiar the entire time. We are confident that the sheer power of the Moët Hennessy global distribution framework, its unparalleled portfolio strength and its long-established track record of excellence in developing luxury brands will give Armand de Brignac the commercial power it needs to grow and flourish even further.”

Moët Hennessy's president and CEO, Philippe Schaus shared how his company has been a long-admirer of Armand de Brignac's success in the champagne and wine categories.

“Often referred to as 'Ace of Spades,' Armand de Brignac breaks barriers and reflects contemporary luxury, while preserving the traditions of the Champagne terroirs. Today, we are incredibly proud to be partnering with them and believe that the combination of our Champagne experience and international network coupled with Shawn 'JAY-Z' Carter’s vision, the strength of the Armand de Brignac brand and quality of its range of prestige cuvées will allow us to take the business to new heights across the world.”

Watch Jay-Z's sitdown interview with CNBC's Squawk Box (which aired shortly after the published announcement) where he talks about how the deal came to fruition and his growth since entering the wine and spirits space after boycotting the champagne line, Cristal back in 2006.