SOULJA BOY is boiling inside. Despite his building anger, he clings to his resolve as his father asks that same damn question. He’s infuriated, yet sits quietly, praying for a conclusion to his father’s preaching. That is until young’n’s invocation is answered, allowing him to answer.

Six years later, remembering that exchange is still uncomfortable for DeAndre Cortez Way, pka Soulja Boy. Even under the soft lounge area lighting of Doppler Studios, his favorite Atlanta recording studio, surrounded by a full comfort-zone cast of bodyguard, publicist, man- ager, engineers, artists and homeboys in the next room, the canary-diamond-bejeweled rapper gets caught up on memory lane, channeling his former 14-year-old self. 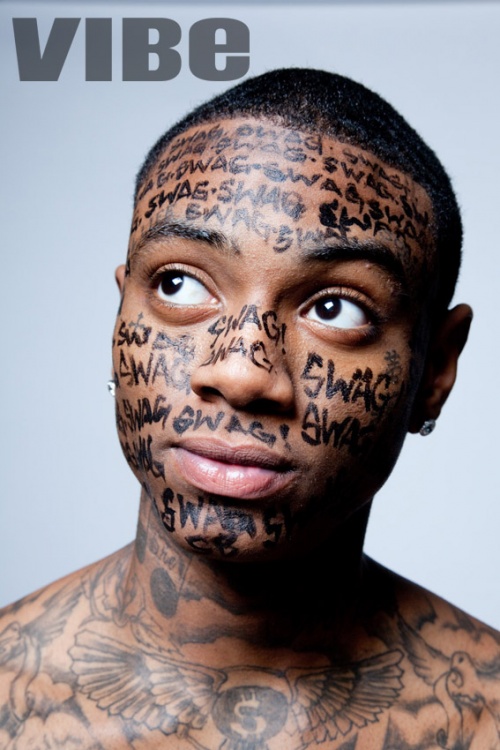 “My Dad was on me heavy about drugs,” remembers Soulja, slumped on a red two-seater couch, staring straight ahead at nothing in particular. “He found a little sack in my bedroom, but it wasn’t from drugs. They came from some earrings that I bought. He and my stepmother kept asking if I do drugs. So I finally just said, ‘Look, I rap. I’ma be a famous rapper. My name’s Soulja Boy.’ And started showing them everything I was doing on the Internet— my MySpace page and everything.” 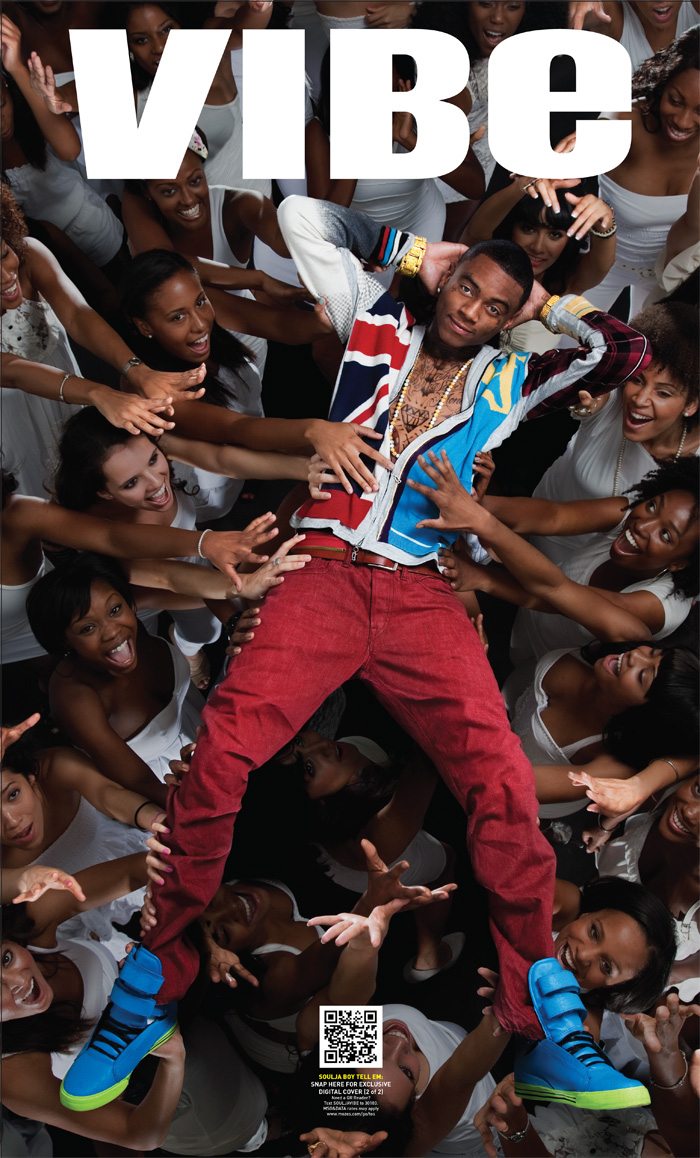 Unbeknownst to Soulja’s parents, they were raising a hip-hop Doogie Howser—a young Black teenager who would revolutionize music marketing, promotion and profiteering through his infectious single-’n’-dance combo “Crank That,” which spread online and eventually landed him a major-label recording contract and a chart-topping single by the time he was 16 years old. In 2004, S.B. was already delivering catchy self-produced tunes for pay. He had the Internet going nuts and teenage girls going gaga, but his star power mostly resonated in pockets of America that were as small as they were adolescent. This was way before Soulja Boy accrued millions of worldwide fans and download residuals. Years before he became a social-networking guru earning $10,000 per sponsored tweet. And long before groupies started falsely accusing him….

THE ENTIRE SOULJA BOY COVER STORY WILL BE AVAILABLE…SOON.

Get Soulja Boy on Your MOBILE PHONE