For R&B, quasi-rap wunderkind A.CHAL, Prince and Jimi Hendrix are genius prototypes, DMX’s It’s Dark And Hell Is Hot is particularly life-changing, Willie Colon is a dream collaborator, and “big sexy” music is not only the antithesis of “making-it-rain,” it’s also his truest gospel.

“I feel like most music right now makes you want to spend money,” he says. “I feel like I see people trying to be hard right now, trying to put on this character of ‘f**k everything.’ And it’s like man, we’re doing this for the women at the end of the day. So it’s like, why can’t we just be chill and big sexy?”

Raised between Queens, New York and Chelsea, Massachusetts, the Peruvian-born singer-producer straddled borders his whole life. Cultural borders, linguistic borders, geographical borders and even generic borders, such as the ones in his very work, which organically marries hip-hop and R&B, but also makes room for ingenuity, genre-bending sounds (á la The Weeknd) and indigenous rhythms.

“There’s a flair to being Latino outside of just being spicy, you know?” —A.CHAL

His 2013 EP Ballroom Riots earned some critical acclaim in the blogosphere for its dark and moody soundscape. And following a formal introduction to the game in 2016 by way of his debut album, Welcome to GAZI, A.CHAL returns with more herb-induced, chill wave vibes: an 11-track mixtape, titled ON GAZ, featuring French Montana and A$AP Nast.

Ahead of releasing the project – largely influenced by his time in Malibu – the man born Alejandro Salazar sat down with us to talk all things music and a duplicitous identity. For the uninitiated—get acquainted. 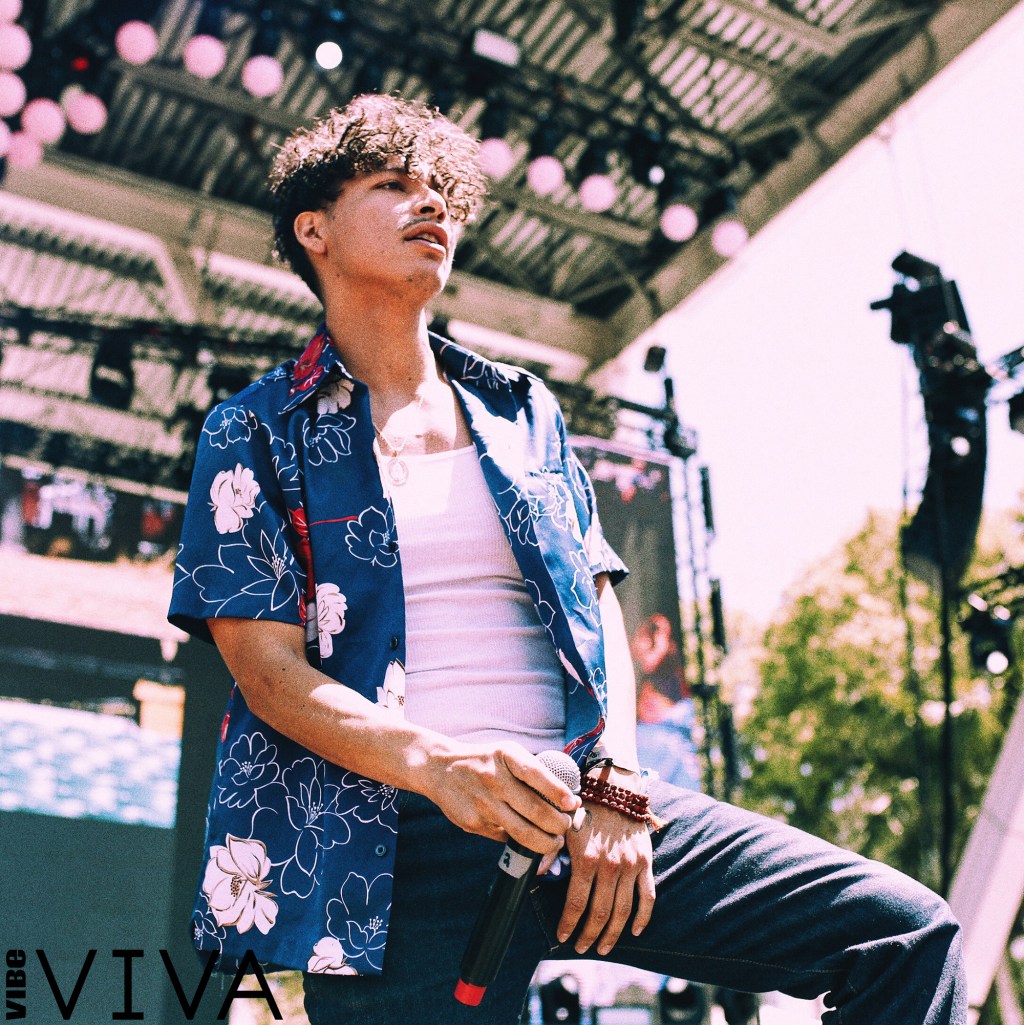 Spend that much money?
Yeah.

How so?
Because I feel like most music right now makes you want to spend money. It’s a psychological thing, but I definitely think so, yeah.

Ah, I dig it… You went off the grid a few years ago, deleted all of your previous music. Talk to me about that. What were you going through, and what was the end result of that?
I wasn’t going through anything. It was more so progressing my skill set and music. So I was working, collaborating with other songwriters, producers, and taking a back seat and just educating myself on how to become better. And once I felt like I knew enough, I started to put my time back into me.

USA Today describes your music as falling somewhere in the negative space between hip hop, R&B, chill wave, and pop music. What do you call it?
I call it big sexy.

Premiere: A.CHAL Is Running Through The “Matrix” In Neon And Chrome (Video)

Ha, unpack that for me.
I call it big sexy because I feel like I see people trying to be hard right now, trying to put on this character of ‘fuck everything.’ And it’s like man, we’re doing this for the women at the end of the day. So it’s like, why can’t we just be chill and big sexy? Why we got to be extra?

Have you gotten any comparisons to The Weeknd?
Yes.

How do you feel about that?
I’m thankful, I’m thankful. He’s a legend.

Whose work have you studied? Who are your musical influences?
Prince, Jimi Hendrix, Pharrell Williams. Those three, they’re my favorite. 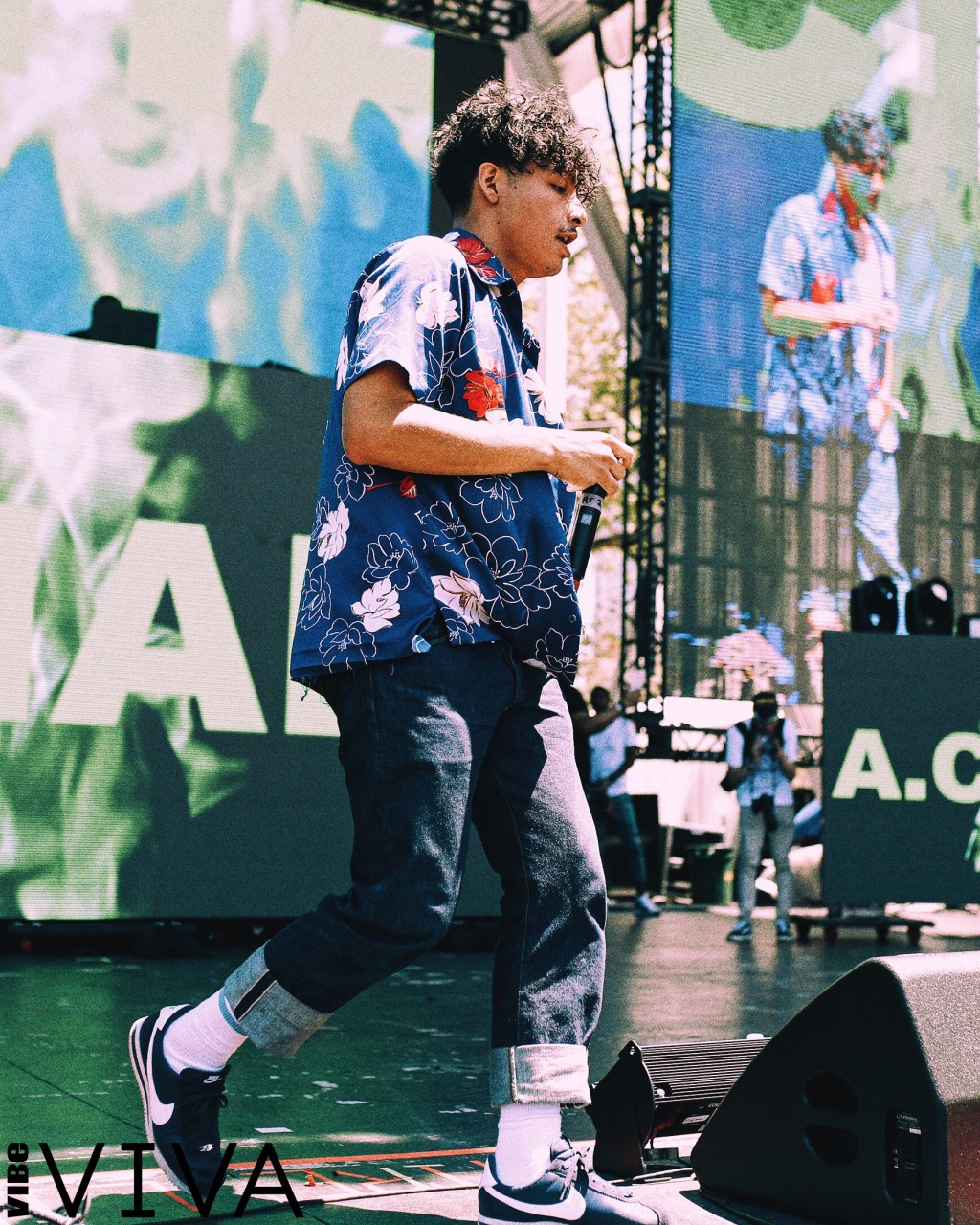 I can see that. Being of Peruvian descent, were you exposed to any indigenous music? And if you were, has that influenced your makeup?
For sure. My dad and mom listened to indies Peruvian music. One is called “huayno.”

What is huayno like?
Huayno is very flute oriented, and a lot of stomping. It’s definitely a tribal bounce. And then there’s another one call Marina, which is, I never dissected the word, but it’s probably based off of living near the ocean, which is all trumpets and drums and horses. It’s dope. It’s totally different, but my parents would play that a lot.

Would you incorporate that in your own music?
I think anyone that’s a creative, all they’re doing is grabbing from the memory bank. So even if you’re not consciously doing it, you know, I can see how it’s influenced me.

How do you balance the singer-producer dichotomy?
I’m taking more a back seat on production. What I do is, I focus more on completing the song as a producer. I’ll work with other producers and I’ll come in and finish it up, making sure that whatever body of work I’m presenting is cohesive. It’s about putting the song first. If you put the song first, then whether you’re a producer or a singer or whatever, it doesn’t matter.

You spent a lot of time in the desert at one point. What does that environment inform and what does it bring to you?
It informs the unresolved, for me. It resolves problems. What it brings to the forefront is clarity, because it’s a blank space. You could just focus on what you’re thinking. 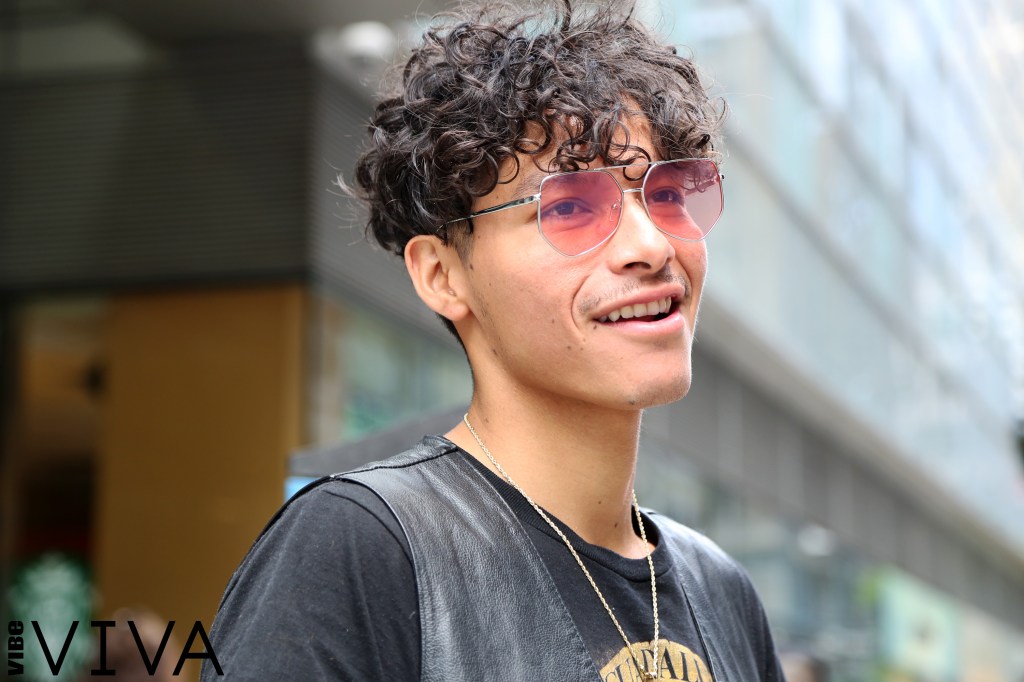 I imagine that being in the desert would bring about some feelings or thoughts, maybe visions. Did you ever encounter something obscure or eerie?
One time there was one time that I did shrooms and I was staring at a star. It was really hard to look at the star. And each time I stared at it, my vision would microscope to the star and the Earth would shake. It happened three times. I looked over at my friend and asked if she felt the same. I was like, “look at the stars.” It didn’t happen for her, but when I did it, the Earth shook again.

Talk to me about your debut album, Welcome to GAZI. What would you say are the themes that make up those contents?
I think the overall theme of Welcome to GAZI is someone trying to find their place in a place where they feel it’s unfamiliar. So coming from Harlem to Beverly Hills, then getting a deal with Sony, moving out my girlfriend’s crib—ex-girlfriend’s crib in Beverly Hills to my own place and being Latino within this entertainment industry… Not to say trying to fit in, I never had that issue. But there’s a moral compass there that might be confused, and I feel like the music kind of gives you that vibe. There’s a lot of cool sh*t happening, but at the same time, it’s inner turmoil from all that. So I think that’s the overall vibe. “Round Whippin’” is about me driving around thinking about all of that. “Vibe with You” is about me dealing with a girl who I found out had a husband afterwards.

“Beverly Kills” is about going to an athlete’s cribs, giving them drugs, selling them drugs, and then leaving and feeling like super dry, super empty because they’re looking down on you. Each one of these has a story. Lots of reflection.

Not even as a producer?
Prince was a producer, but I still wish he would have did those songs that he produced. Willie Colon though, that’s separate. That’s unexpected. I would do that. Especially because the music that him and Hector Lavoe were making at that time, it’s like the theme was like what some of these trap songs are, but in a very romantic way.

What’s your relationship like with A$AP, with the mob?
Family. My New York family. Always support. We’ve worked with them on different labels and stuff with Guess for modeling. I’ve done songs with Rocky. I’ve done songs with Nasty and excited for that to come out, the collaboration. It’s coming out this year. But, yeah, that’s family.

You are not marketed as a Latino artist, which I like. But do you want to connect in a niche way, or is there something else that you have in mind, as far as wanting to speak to Latinos in the U.S. or beyond?
I would hope that the way that I carry myself and the values that I showcase throughout my career, connects with Latinos more than me saying I’m Latino. So yeah. There’s a flair to being Latino outside of just being spicy, you know? There’s more to us than Ricky Martin and Pitbull.

And a Peruvian background is different than, say, a Dominican background.
It’s definitely different. Even though I consider myself a quarter Dominican.