The origins of the African diaspora’s complications began with centuries of complex, interwoven events. Through systems of slavery and colonization, people of African descent have ended up around the globe from Brazil to the Caribbean to the U.S. by way of human trafficking. Within the context of colonization, present-day African descendant migrations are heavily influenced by colonial forces with whether one has moved from the Caribbean to the U.K., Arkansas to California, Mississippi to New York or Ethiopia to Washington D.C.; the African diaspora migration patterns that zigzag and criss-cross the globe are creating new patterns, tapestry, and cross-cultural identities. Within these movements is often the hope of a better life existing simultaneously with significant amounts of cross-cultural adjustments, stress, and misunderstandings. With the “complicated” relationship status that has come about as a result, one possible solution is communication and…dialogue.

Nunu Kidane, an African immigrant born in Ethiopia to Eritrean parents, is the Founder and Director of Priority Africa Network, the lead organization behind African Diaspora Dialogues. According to Kidane, the outlet’s purpose “is about telling your story. How you’ve walked through the world experiencing other black people, white supremacy, and trying to affirm all those identities and form a new Pan-African identity.” 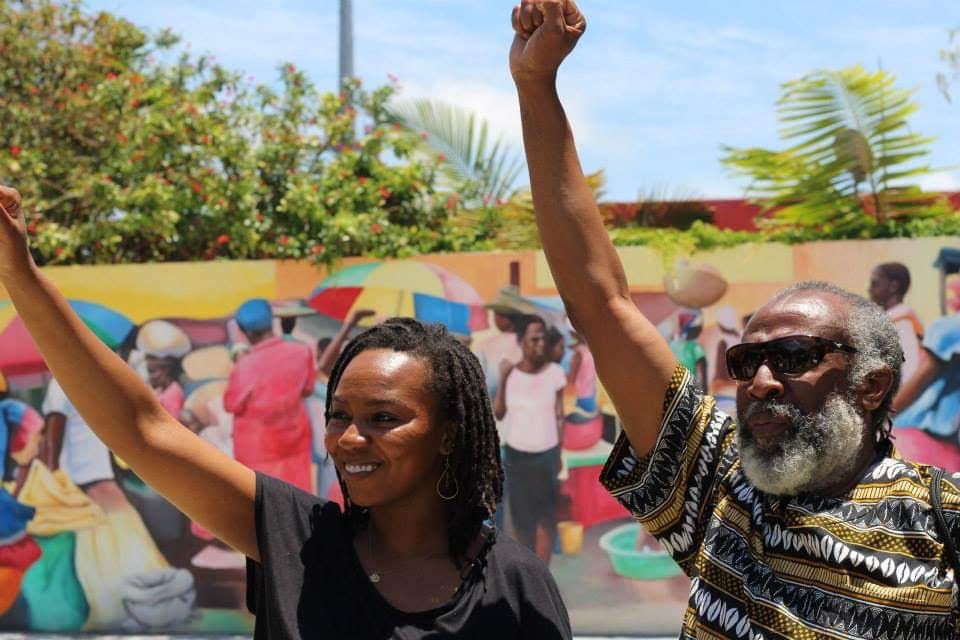 The idea for the Dialogues arrived in 2006 in connection to the “Border Protection, Anti-terrorism and Illegal Immigration Control Act of 2005” also known as the “Sensenbrenner Bill” named after its sponsor, Wisconsin Republican Congressman Jim Sensenbrenner. The bill proposed classifying undocumented immigrants and anyone who helped them enter or remain in the U.S. as felons. It passed the House in December 2005 but not the Senate. This sparked the 2006 Immigration Reform protests that included millions of participants.

Priority Africa Network started hosting community platforms for people to find out how the proposed changes could impact black immigrant communities. Around that same time, Black Alliance for Just Immigration (BAJI) formed as black organizers observed that in the mass immigration reform demonstrations black people weren’t represented. According to Gerald Lenoir, African-American Founding Executive Director of BAJI, two ministers, Rev. Phillip Lawson, and Rev. Kelvin Sauls brought organizers together to discuss how to introduce this issue to African-American and black immigrant communities. They formed BAJI seeing the immigrant rights struggle as a collective struggle against racism. African Diaspora Dialogues became a tool to bring together African-Americans and black immigrants in an effort to forge a Pan-African identity amongst people of many different backgrounds from across the African continent, the U.S. and Caribbean.

“Don’t care where you come from, as long as you’re a black man, you are an African.” – Peter Tosh.

“First people want to affirm that we need to unite and the facilitators allow for that, then say ‘Yes, but…let’s go a little deeper.’ And we have ways to provoke these, not so much conflicts, but differences of opinion that are bound to emerge that really get into the substance of the differences where we can then contextualize them historically,” says Kidane. Initially, new black immigrants insist that they be seen as Nigerian, Kenyan, Ethiopian, from the Caribbean, rather than as merely “black.”

According to Kidane, the idea that anyone can make it in America makes black immigrants believe African-Americans haven’t made it because they haven’t worked as hard and that the disproportionate incarceration rates are deserved, so the first thing many do when coming to America is try to distance themselves from African-American communities. “We know very little of the history that precedes us and worse, we don’t think we need to know, that’s even worse,” Kidane says “Because when you don’t think you need to know the history of the people that look like you that have experienced hardship… that is the basis of the tension that really contributes to non-communication that we were determined to make the space for.”

“There is a significant amount of pain and a need for healing of hurts between African Americans and Black migrants that are in the way of our building power with each other… Holding space for each other in dialogue is critical to us humanizing each other and therefore seeing ourselves and our lives in and through each other.” Rufaro Gwarada, Zimbabwean, African Diaspora Dialogue participant.

“The demographic change all over this country has been so rapid that it’s creating this anxiety.” says Lenoir. “So the dominant narrative is ‘These immigrants are coming, they’re taking over your social services, they’re taking over your jobs.’ That’s the narrative that many of us buy into. The reality is the employer discriminates against African-Americans because we know and will assert our rights. New immigrants can be paid less and won’t stand up for their rights so they’re being exploited… We blame immigrants and not the employers or the government.”

According to Lenoir, U.S. economic, foreign and military policies are forcing people to migrate. “All these people coming over from Central America are really the result of U.S. support for dictatorships all over Central America. So they’re coming here because they’ve been repressed in their own country, in countries that are still supported by the U.S….So these are the conversations we have to have with folks to get them to understand the global picture and why people migrate.”

“These kind of dialogues are critical to building solidarity. The anti-immigrant movement has been around a very long time and they are very powerful and seeking to divide the African-American community from immigrants. So I think creating a space for us to come together is really critical especially given the political climate that we now live in where fascism is on the agenda… And anything that we can do to bring our communities together and then to reach out to other communities is going to be critical particularly in this election year.

The Trump administration has been described as the most anti-immigrant administration of its predecessors. Its signature “Travel Ban” also known as the “Muslim ban” recently added Myanmar and Kyrgyzstan to its list as well as the African countries of Eritrea, Nigeria, Tanzania, and Sudan. In addition, highly trained tactical border control agents are set to deploy to “Sanctuary Cities” throughout the U.S. in an effort to round up larger numbers of undocumented immigrants. Sanctuary Cities are cities that limit cooperation with national government efforts to enforce immigration law. Many activist communities are resisting and pushing back against the Trump administration’s anti-immigrant sentiment and consider this election year critically important to the idea of true democracy and choosing elected officials sympathetic to migrant issues and immigrants rights. 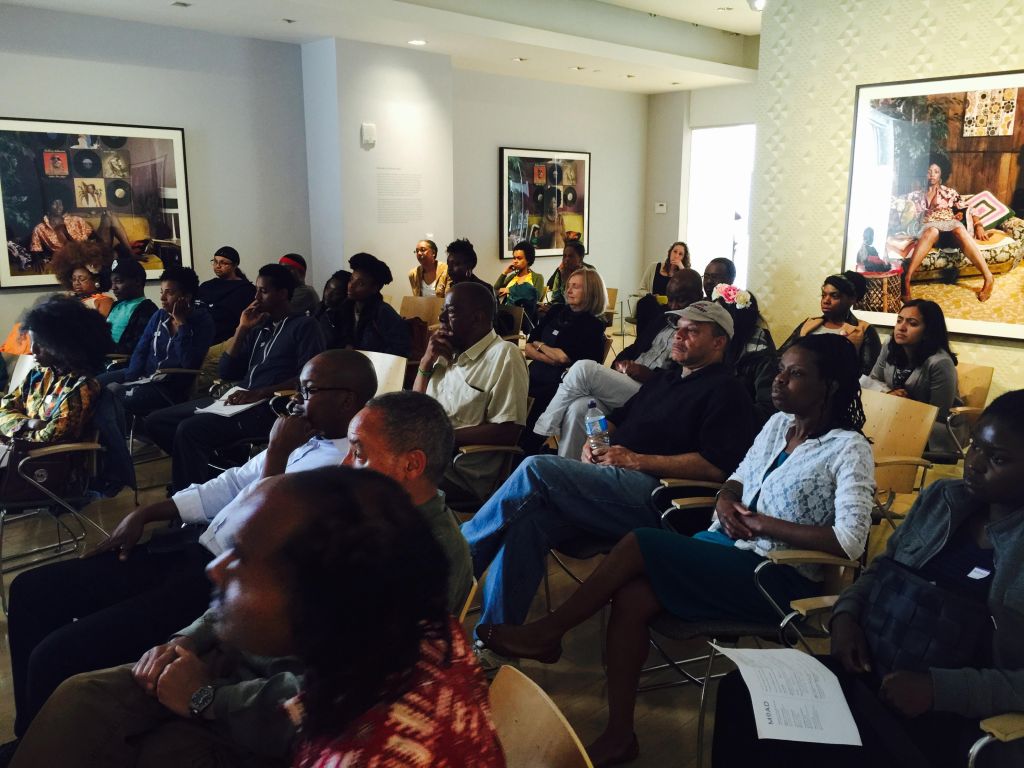 “In a year like 2020 with elections and the Census coming up, we have the opportunity and responsibility to ensure that we show up for each other. It’s important that we participate in civic life as members of an interconnected, diverse Black community facing shared issues like state violence in our communities whether it’s brought on us by policing or ICE [Immigration and Customs Enforcement],” said Rufaro Gwarada, an African Diaspora Dialogue participant Zimbabwean descent. “Conversations between us need not just happen in curated space. We can bridge differences and cultivate strong relationships by reaching out and inviting each other into community whether it’s to break bread, share stories, or participate in events.”

“When I was a child if you got called an ‘African’ you’re ready to fight. Now with African heritage it’s something to be explored and there’s value there and we should investigate that,” said Cornelius Moore, an African Diaspora Dialogue participant.

If the African Diaspora Dialogues continue to be successful we just may see an upgrade in collective relationship status.