When walking up to the venue for New York City day party Everyday Afrique, the music greets you before you can even reach the door. Depending on the day or the DJ, you might be welcomed with a remix of Afrobeats star Mr. Eazi’s 2013 hit song “Bankulize” or embraced by Niniola’s 2017 Afrohouse single “Maradona.” The dozens of people waiting outside of the venue, the majority of which are black professionals and creatives, are dancing along to the music, seemingly unbothered by the line that stretches down the block. The lively scene outside of the venue looks considerably different than it did in 2016, when media company OkayAfrica teamed up with two popular party series, Everyday People and ElectrAfrique, to throw its inaugural Everyday Afrique event. In the three years since Everyday Afrique began, the crowd has increased from 250 people to more than 1,800 people per event, tickets are selling out faster than ever, and the African music that anchors the event has transcended the borders of Africa and is now being played on radio stations and in clubs around the world.

African music, particularly Afrobeats, has shared a prosperous give-and-take relationship with Afro-themed party series like Everyday Afrique. In the past, Afrobeats, Afrohouse, and Caribbean soca music were once exclusively celebrated by local communities living in major cities on the African continent—Lagos, Johannesburg, Accra, and Nairobi—and diasporic transplants that returned home to these cities for the holidays. Over the last two to three years, there has been an extreme increase in demand for various genres of African music in places like Washington, D.C., New York, London, and Paris, cities that for years already maintained a high concentration of Afro-themed functions to serve their diverse populations. In these cities, Afro-themed parties like London’s Afrobeats in the Garden and New York’s Afro Night Live have done their part to curate experiences around a growing art form that had little support but that they appreciated and believed in. Now, these same parties are benefiting from the music’s newfound success and expanding just as quickly as the sounds.

Meet Afro B, The UK Artist Whose Hit Song "Joanna" Put Him Atop The Afrobeats Wave

Everyday Afrique has been one of the major benefactors and beneficiaries of African music’s success in NYC. Three times a year during the summer’s three major holidays—Memorial Day, Independence Day, and Labor Day—Everyday Afrique hosts an all-out sweat dripping, rump-shaking, gwara gwara-hitting dance party in rotating venues around Brooklyn. The party’s soundtrack is a collection of popular and underground Afrobeats, Afrohouse, reggae, soca, and hip-hop music provided by half a dozen DJs including Everyday People co-founder DJ Moma and ElectrAfrique founder, DJ Cortega. “Our approach for Everyday Afrique has always been one of community-building,” DJ Cortega says over the phone from his home in Dakar, Senegal. “We do this through connecting people who are like-minded, that have common objectives, that are inclusive, and using music as a platform to bring people together.”

The bulk of people who make up Everyday Afrique’s community are African born and diasporic born people who dwell in neighborhoods in Harlem, Queens, and Brooklyn. Although the ages of the attendees vary, the 21+ crowd is largely dominated by millennial age professionals and creatives who likely share five or more mutual Instagram friends with any given person in the venue. There is a sense of Pan-African pride amongst the group, highlighted by “Very Black” graphic tees floating around the party and gold pendants carved in the shape of the continent dangling from attendees’ necks. Not only are the people at Everyday Afrique connected by their love for African music, but what the music represents and tells them about their culture.

A number of other Afro-themed party series that aim to conjure a similar feeling of cultural pride and community fostering have popped up in various cities around the world. Afrocode is a similar dance-heavy event that hosts weekly parties in Atlanta, New York City, and D.C. The inaugural Afrocode was organized by Ghanian entrepreneur “FredEvents” in 2013. He had the primary desire to connect the often fragmented black American, black Caribbean, and black African communities and provide a celebratory environment where they could listen to and appreciate one another’s music and cultures. “We picked a theme that wasn’t solely African, but that can also bring the three cultures together to appreciate each others’ genre,” Fred explains via phone. “We knew the energy would be completely different because you are giving the best of all the three categories in one space.”

The energy fostered in these environments has been both a cause and effect of the diaspora’s growing desire to reconnect and learn more about their African ancestry through various cultural channels. The growing popularity of parties like these corresponds with the success of travel companies like Travel Noire and Tastemakers Africa, both of which create and share opportunities for black people from the diaspora to visit the continent and engage in historical and cultural experiences during their visits. “I think people are now paying attention to what it means to be African,” Fred says. “For the longest, a lot of African Americans, black people in general, have tried to seek that connection.” Although these connections are also being formed through fashion, art, and other creative mediums, nothing has seemed to connect Africa and the diaspora more than music and the spaces that are curating a vibe around it.

Afrobeats, in particular, has emerged as the leading genre during this most recent global African music takeover. The genre, which over the years has been used to define a broad collection of popular sounds coming out of West Africa, has catapulted a number of its stars into the international spotlight. Earlier this year, Afrobeats stars Burna Boy and Mr Eazi performed sets at Coachella and the summer before Afrobeats hitmaker Davido shut down London’s Wireless Festival with a highly talked about set. The former two artists were also featured on Beyonce’s latest surprise album The Lion King: The Gift, along with West African hitmakers WizKid and Tekno. The album itself appears to be an ode to the genre and its African roots and includes many of the same percussion elements as Afrobeats.

Much of the music’s global appeal can be credited to its upbeat and lively instrumentation and feel-good lyrics, which tend to celebrate life, love, and positive experiences. “Afrobeats is engraved in people’s culture, it’s not just a cool thing,” Fred says. “People live, breathe it. It’s a true culture, it’s not just a music category. It feels like when hip-hop was starting out back in the day. They were telling their stories through the music. With the music comes a lot of different ways that we can showcase Africans in a different light.”

ATL To The Motherland: The Rise of Afro-Trap

For Fred, Afrobeats seemed like the most logical breakthrough genre in the U.S. because of the hefty West African presence in cities like D.C. and New York, where both he and DJ Cortega first tried their hands at hosting Afro-themed parties. Europe has also been up on the Afrobeats wave. ElectrAfrique has touched down in Berlin and Paris, and London-based event company Sounds D’Afrique has brought the flavor of Afrobeats to London’s club scene. In each city, these gatherings are centering Afrobeats music, while simultaneously introducing locals to new artists and the sounds that energize crowds in South Africa, Zimbabwe, Kenya, Jamaica, and other countries around the world.

Their success is a prime example of the adage “when opportunity meets preparation.” When Swiss born DJ Cortega first launched ElectrAfrique, he did so with a small team in Nairobi, Kenya. ElectricAfrique held its first party in 2011, the same year WizKid released his debut album Superstar and Davido dropped “Back When,” the first single off Omo Baba Olowo. DJ Cortega, FredEvents, and other early Afro-themed party founders had the foresight to curate parties around a sound that had yet to find a global audience or show potential to do so. Now, the rise in attendance at these events can be directly attributed to the growth of African music. 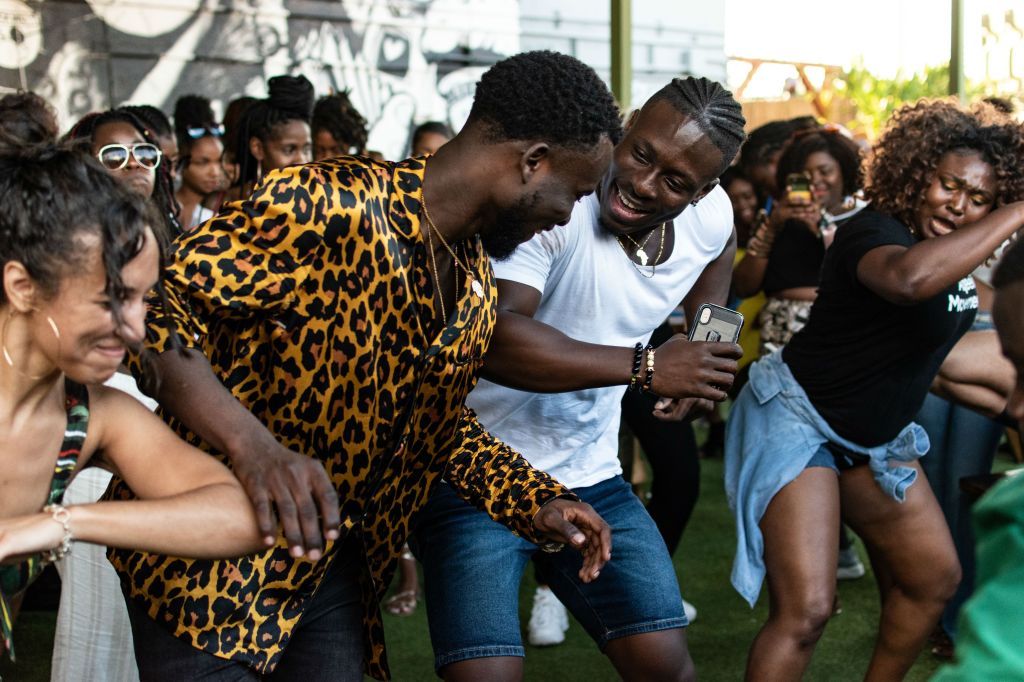 Parties like ElectricAfrique are continuing to introduce other African people to the new popular songs produced by their neighboring countries. “Even though we’re growing, it’s still relatively organic and community-based,” Cortega says. “We have never really tried to push super hard to grow. We want the event to grow naturally. We want people to enjoy being there and feel like this is a space where they are comfortable and where they identify and so they want to bring their friends and like-minded people to it. In terms of the vibe that’s one of the very important elements.”

So what’s next for the growth of African music and the party series that provides the music with the grassroots marketing it needs to succeed? Neither DJ Cortega nor Fred see it slowing down anytime soon. “Africa is almost 1.2 billion people,” Fred says. “There’s not a question about it being sustainable. The culture will always be there. People are always going to create. I think the part where the music is so much more important now is because people are starting to respect what being African is because they have a marketable product that they can attach a dollar value to.” Regardless of the changing landscape of the music industry, parties like Everyday Afrique, Afrocode and the like are primed to continue thriving as a result of the communities they built that may have been brought together by the music but stayed for the experience.

The House Party Is The New Festival