For a man known as much for operating in the shadows as he is for his rhyme skills, Dave East sure has a lot going on. The rapper, who’s spent the better part of a decade shaking up the underground with a succession of projects, has arrived at a place many artists dream of being; where their body of work and success affords them the opportunity to diversify their portfolio. Not to suggest East hasn’t stepped out of his comfort zone previously, as he’s accumulated numerous acting credits, most notably his portrayal of rap legend Method Man in the hit Hulu series Wu-Tang: An American Saga. However, the Harlem native has far more than Hollywood on his mind, as flexing his entrepreneurial acumen is among his top goals for 2022.

Recently purchasing a storefront in his hometown, with plans to open additional businesses, East’s empire may be in the beginning stages of being built, but it’s emblematic of the Def Jam spitter’s continued evolution inside and outside of the booth. However, these new pursuits are by no means a product of disenchantment with his primary craft, as East remains one of the most active artists in his class.

Having dropped his latest project, Hoffa, with producer Harry Fraud in 2021, East has warned of an uptick in his output this year, which began via the rapper’s new partnership with Tracklib, the world’s first and only record store for sampling. As part of the platform’s Beat Battle Competition (which ends Sunday, Jan. 23), East is looking to find an aspiring producer to contribute a beat to one of his forthcoming projects, which includes Beloved 2, the sequel to his 2018 joint-album with Styles P.

With even more roles in television and film up his sleeve, as well as the follow-up to his debut album, Survival, in the works, East appears to be primed for a landmark year. During a recent studio session, the rapper chopped it up with VIBE about becoming a business owner, and what we can expect from him musically and otherwise this year.

VIBE: What would you say were your biggest highlights of 2021?

Dave East: Definitely my project with Harry Fraud, Hoffa. We released that [early in 2021]. My highlight was my daughter turning one, my baby Kobe, man. That was my highlight of the year, for real. Wu-Tang season two was definitely rocking… It was a good year. East Co. Cannabis dropped. I put out my first cannabis strain. I’ve been running around, man.

What are some personal goals you have for 2022?

You recently appeared as Method Man in the second season of Wu-Tang: An American Saga, which garnered rave reviews. What has it been like seeing such a positive reception to the show?

Fire, because I know the work it takes for them to get what we’re putting out. So, it just feels like all them hours that we’re put in on the set is worth it, because you’re really getting to see positive feedback from everybody, for real. It’s across the board that I’ve been getting love from that. Very glad to be a part of that.

You’re currently working on new music. Can you speak on that?

Me and Styles P, we’re about to let Beloved 2 fly. I got an album I did with Araabmuzik. I got an album with Mike N Keyz and an album with Budda Da Future and Grandz, so I got like three or four different projects all produced by those producers like how I did with Harry Fraud… and then my next solo with Def Jam/Mass Appeal probably [dropping] first quarter. February or March.

Which one can we expect first?

Can we expect any special features on the project or is it just you and Styles?

A couple [of] features on there. I don’t really wanna speak on ’em. I like the surprise of them. But it’s definitely me and Styles and a couple spitters on there. 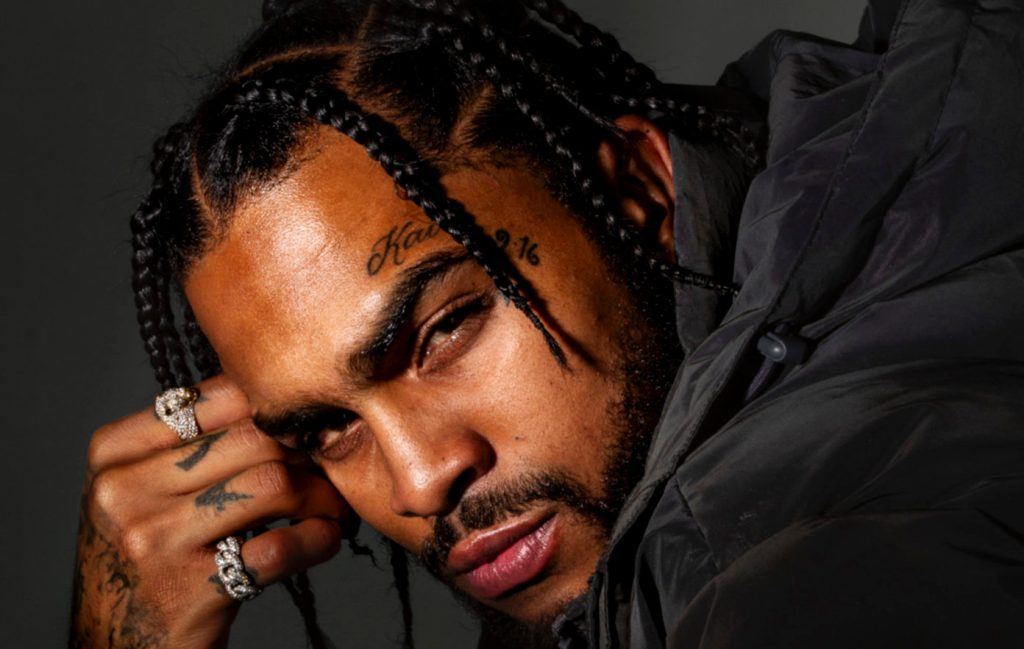 As part of the album release, you’ve partnered with Tracklib for a beat battle competition to find an up-and-coming producer to work on the project. How did that opportunity come about?

Just my love for samples, man. They’ve got the biggest market, as far as online goes, with sampling. So, that’s really how that connected.

In what ways do you feel that Tracklib benefits producers?

The samples are cleared, so you don’t have to have that in the back of your mind when you’re creating a beat. And I just feel like it’s a platform that just gives you mad options. If you’re really in that zone, it’s one of them platforms where you can really indulge in a bunch of different sounds, where you ain’t really gotta be too concerned about if you can get ’em cleared or not.

What qualities are you looking for in a producer that will determine the contest winner?

Quality. Fire, man. It ain’t really no particular beat, it ain’t no particular type of dude or female. I’m blind when it comes to that, I don’t see nothing. [Just] come with something new, come with a sound. I’m into producers that have their own sound, like artists. Like when you hear me on a track, you know it’s me, you don’t really have to guess. I like producers where you can kind of know, “Oh nah, that’s [them].”  And if it’s an upcoming person [whose] name’s not really out there like that, they can still come with a sound that’s their own sound.

Speaking of producers, you’ve already worked with some of the best in the game. Who would you put on your Mt. Rushmore of producers?

Ah, man, that’s tough.  Budd Da Future and Grandz,  Mike N Keyz. Alchemist… Premo (DJ Premier), of course. Timbaland. How many people on Mt. Rushmore? I’m bout to name mad motherf**kers [laughs]. Heatmakerz, Rsonist… damn, son, it’s so many, bro. Harry Fraud, that goes without saying. I like MetroBoomin, I like 808 Mafia, a couple of the southern [producers’] sound. I like their sound. RZA, goes without saying. It’s too many. When I get this question with my top five rappers, that s**t changes every week. It’s too many.

Staying out the way, man, and getting to it. That’s all I’m doing.