There are few artists who have accomplished as much as DJ Paul, founding member of Three 6 Mafia. Throughout his career, DJ Paul has been pivotal in shaping the growing landscape of southern Hip-Hop. In a span of three decades, the Memphis-bred hustler has established himself as not only a triple six representative, but also a solo artist, producer, and songwriter—and he’s far from finished.

Born Paul Duane Beauregard, DJ Paul started his music career in music spinning records at Memphis nightclubs. He and his brother, the late Lord Infamous, came together to form a duo, The Serial Killerz. Slowly but surely, he gained prominence by creating mixtapes, original music, and music for others. DJ Paul was eventually introduced to Juicy J, and Three 6 Mafia was established. As members were added and subtracted, the group reached mainstream success without deviating from their signature horrorcore, crunk, Hip-Hop sound, selling platinum albums, crossing over to other genres, and winning an Academy Award for Best Original Song in 2006.

VIBE met with the 44-year-old rapper at this year’s Red Bull Dance Your Style where he was tasked with demonstrating a live cooking tutorial on how to make his personal version of Memphis-style barbeque. The Tennessee-bred artiste took a small group of participants through each step of his cooking process, from prepping to serving. Using his own branded and blended On Errthang seasoning rub and Smoked Out barbeque sauce, DJ Paul, with assistance from long-time friend Computer, and participation from other attendees whipped up a menu including chicken, ribs, corn, potato salad, spaghetti, and Tennessee-shaped cheesy biscuits, crafted from his pre-made mix.

Smiling from ear to ear, DJ Paul spoke proudly of his southern roots as he fired up a grill and joked with the group of influencers, press, and Red Bull representatives. He humorously brought up one of Three 6 Mafia’s most recognizable records (“Slob On My Knob”) while preparing fresh ears of corn.

Before the rapper asserted himself as the king of all grills on the patio—with perfectly cooked chicken breasts and a diamond-encrusted grin, we spoke about the past, present, and future of DJ Paul, Three 6 Mafia, and Memphis Hip-Hop, with a brief history lesson on cultural exports from the Grind City. 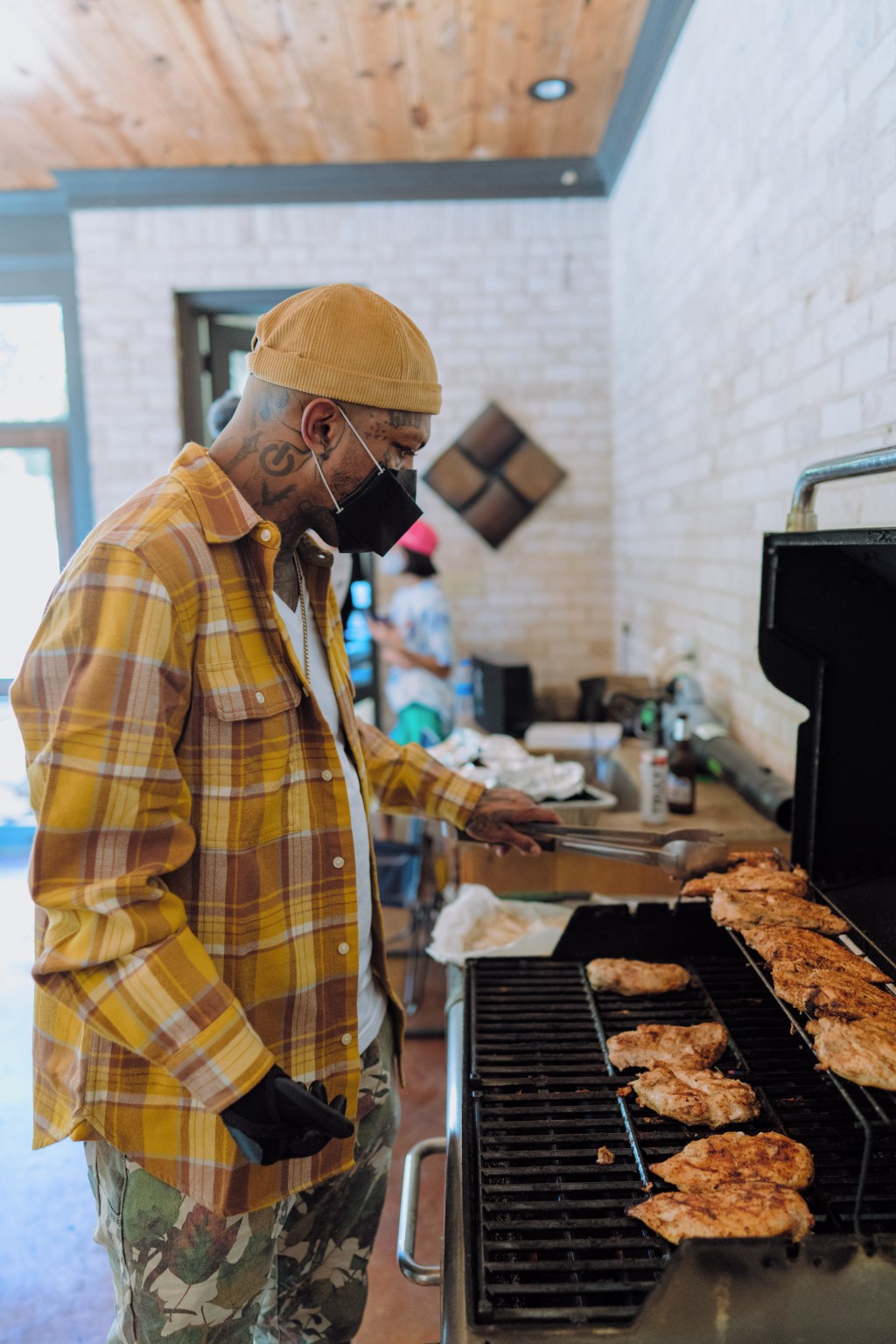 This interview had been edited for length and clarity.

DJ Paul: So, I’ll tell you a funny story. We were performing before Freaknik. We performed at this club called The Gate in Atlanta. It was really popular back in the day, it was dope as hell. We were opening up for Mack 10, and whoever performed before us, sprayed liquor all over the stage, water, whatever it was. So, we were on the stage, getting crunk, dancing Memphis style, but since the floor was so wet, we were moving even more, like holy sh*t. They were looking at us like, “What the f**k are these dudes doing?” Then after a while, they start shaking their heads like, “Damn, these dudes is crazy, this is wild as hell.” They end up bringing us back like a week or two later saying, “Man, we love yall show, we want y’all to come back.” And I was like, “What? For real?” So, everybody started thinking we were from Atlanta, but obviously, we were from Memphis. Three 6 Mafia’s sound really, really grew from Atlanta, and Atlanta had a lot to do with us. Yeah, shout out to Atlanta. I love it.

I love Atlanta, too. With this being my first time in Memphis, I also love it here. I’ve been getting immersed in all of the Memphis culture throughout the weekend and learning about jookin’ and gangsta walking. How did you get into that scene? Was it just being from here and being outside?

I’ll tell you exactly where it came from. It came from going to the clubs when I was young. The gangsta walking, hanging with the old drug dealers in Memphis. They started it. I went from watching them, you know? We all went from watching them do it, and then it just advanced to a totally different level. It started out, you know, ni**as going in a circle in the club, spinning, doing this and that. Now, we got Memphis jookin’. Russia, Memphis jookin’. Asia, all that sh*t.

Did you ever think that it would expand like this?

I knew it [would] because it was too dope.

Memphis is also expanding in Hip-Hop. A lot of Memphis rappers are like out here doing their thing.

With the Memphis scene blowing up, do you feel overprotective or do you feel it is your duty to protect that culture and make sure that no matter how big it gets, it stays true to its roots?

It ain’t about protecting it no more. Back in the day, it was about protecting it because we created the sound. We didn’t want nobody to steal a sound from us. Obviously, they did, and it’s cool. It’s cool now, but it ain’t about protecting. It’s about getting it out there as much as you can get it out. That’s why Red Bull is here. That’s why I’m here right now. We want to get it out as much as we can. You don’t have to protect it once it’s out there. Like a copyright, once it’s out there and it’s public, everybody has no where it comes from. You don’t have to protect it like that no more. 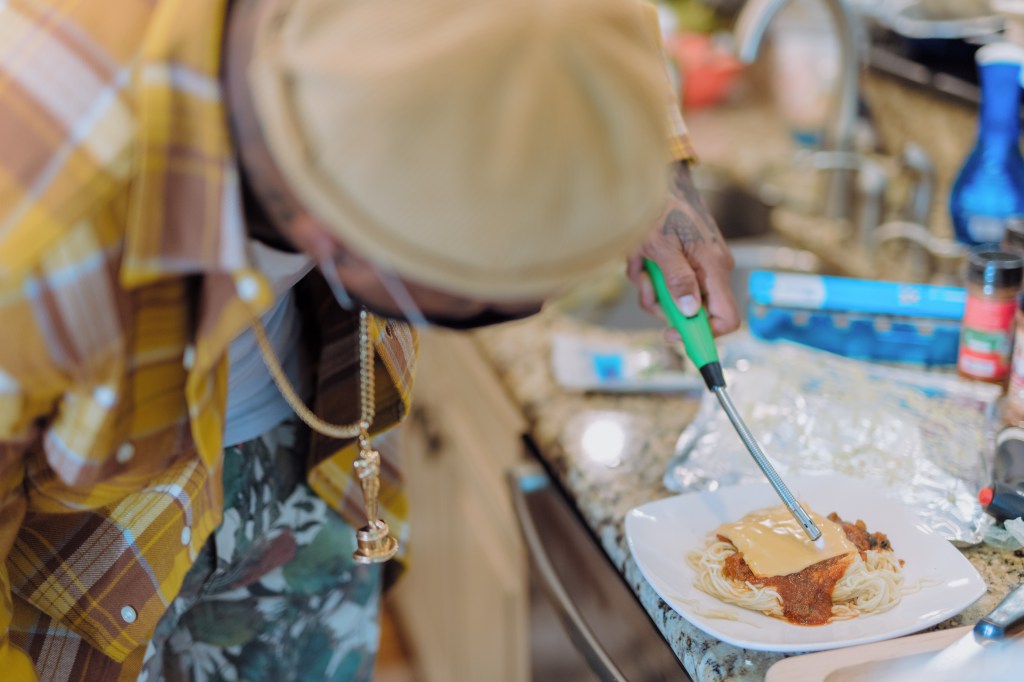 What do you think that says about Memphis culture and how this jookin’ movement exploded? Would you say jookin’ is one of  Memphis’ top cultural exports to the world?

Memphis has been doing its thing for a long time. Just like how Three 6 won an Oscar, Issac Hayes won an Oscar. He’s from Memphis, Tennessee. He won an Oscar in 1973. Memphis has been killing it for a long time. Stax Records Shoutout to all those guys. Everybody has been doing so, it was gonna happen regardless. Memphis might be at this point one day, it might be at this point another day, but it’s gonna always have fire music. That’s what our city is about. You can go pick a random dude down the street, and that motherfu**er might know how to play the sh*t out of a piano or guitar. It’s in our blood.

Who are some of your favorite artists from Memphis? Who should I be listening to?

My guys, man. Moneybagg Yo is my favorite. Dolph…my little homie,  Key Glock. [Yo] Gotti. I f**k with Gotti, Gotti’s my brother. There’s a lot of them out there. But then, I like the old school, too. I like Al Kapone. Al Kapone is my brother.

I see that you have new music coming soon. Can you tell us a little more about that?

We got some new stuff coming out. I got an album with me and Krayzie Bone from Bone Thugz…and solo stuff. A lot of stuff coming up.