Nimbus clouds may have blanketed the city of Milwaukee on Juneteenth, but the celebration captured the soul of the city and a burning desire for a brighter tomorrow.

People rushed out of their homes at the sound of the annual Juneteenth parade coming down the street as it passed several black-owned businesses and traveled through neighborhoods full of African-American history. The mile-long parade ended at Dr. Martin Luther King Drive where a four-block-long festival full of food, music, dance, art, and shopping was about to begin.

Despite gloomy weather, thousands filled the streets of Milwaukee’s northeast side for everyone’s favorite block party. The smell of smokey barbecue and freshly roasted corn lingered in the air. Music and the sound of children’s laughter could be heard for blocks. This was the only place you could buy a dashiki, eat a turkey leg and enjoy a street saxophone player all at the same time. The location of the event–Milwaukee’s most historic black zipcode, 53206, makes it the ideal spot for such a celebration. This Juneteenth also marked 154 years since the liberation and emancipation of four million African-Americans from slavery. If you weren’t at Juneteenth, you felt its presence throughout the city. 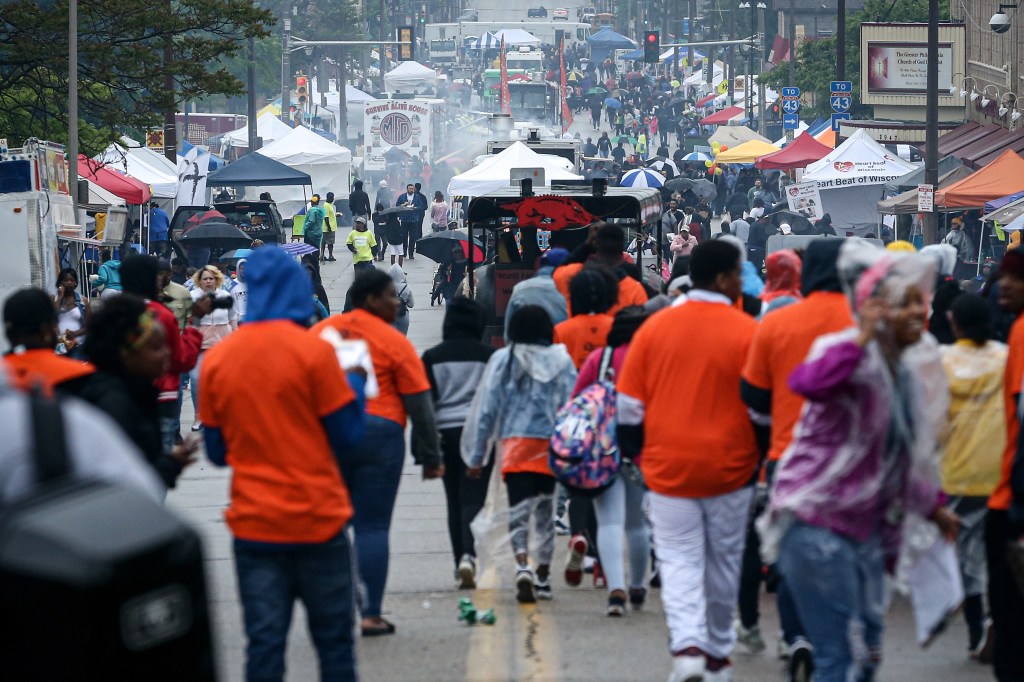 “My granny brings me here every year. It’s like a cookout,” nine-year-old  DeShawn Patterson said.

For many, Juneteenth Day is a time to rest, but also reflect on history.

“I take off or call in sick [to work] every year. No rain ‘gon stop me from celebrating my freedom,” said Reggie Morris, clutching an umbrella in his hand. Morris, 61, has attended the annual celebration in Milwaukee since its inception. Over the years, he’s observed the holiday with his children and his grandchildren.

“Sometimes, it don’t feel like we’re free,” he continued. “But I know we’re better off than where my parents and my ancestors were, so I’ll keep showing up here every year.”

Milwaukee Juneteenth was first held in 1971. According to Northcott Neighborhood House Executive Director McArthur “Mac” Weddle, people and businesses were moving out of the community. In hopes of bringing people back, the Northcott Neighborhood House, a multipurpose community organization, decided to hold a Juneteenth Day celebration. Forty-eight years later, Milwaukee’s Juneteenth parade and festival have become Northcott’s trademarked event, a cornerstone in the African-American community.

“Hope is a key element in Milwaukee’s ability to host one of the longest-running commemorations of the Juneteenth historical moment,” Weddle wrote in a Juneteenth message. “This is a good time of year to recommit ourselves to the ending of violence in our neighborhoods.” 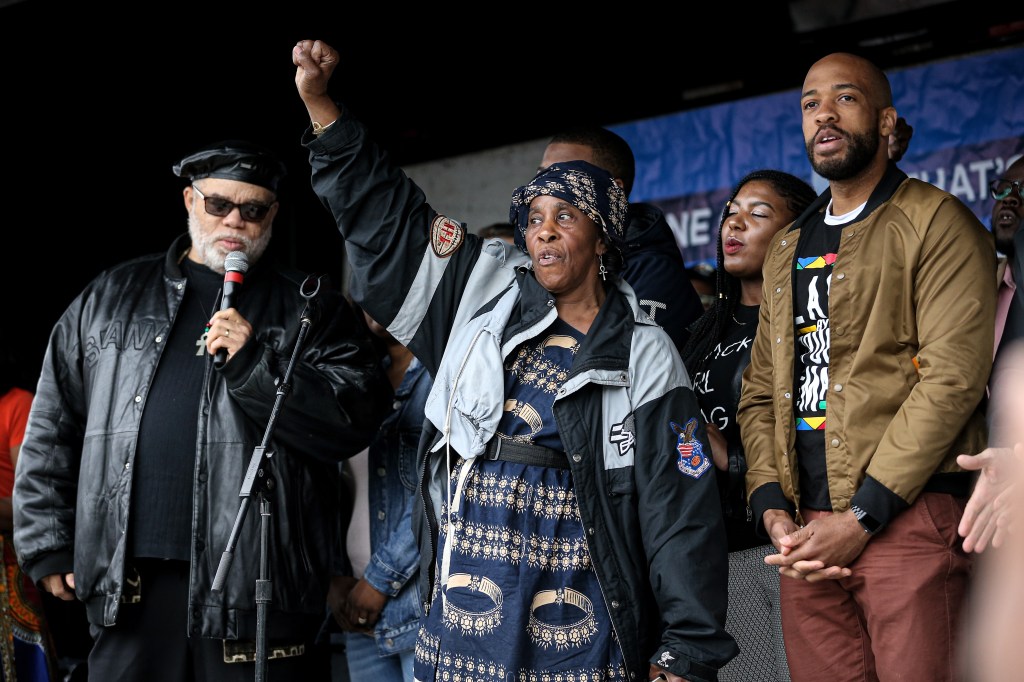 After 42 years with Northcott and 19 years as executive director, Weddle will retire this month.

“This would not be the biggest Juneteenth celebration in the country if it were not for Mac Weddle and all of his hard work,” Lt. Gov. Mandela Barnes said.

At the celebration’s opening ceremony, Weddle was acknowledged for his years of spearheading this event.

I remember my grandmother telling me that Juneteenth was never just for Black people, but for American people. She’d complain that Black holidays should be taught in schools and should be acknowledged as a part of American history.

So much so, that Wisconsin Gov. Tony Evers issued a proclamation declaring June 19 as Juneteenth Day throughout the state of Wisconsin.

“Juneteenth is recognized throughout the United States and Wisconsin is proud to be a part of this important day,” Gov. Evers said in a statement. “This is a time to recognize the struggles of African Americans in our country’s modern history. While we use this time to reconcile with our past, we must also continue to make progress by moving forward in solidarity and strength.” 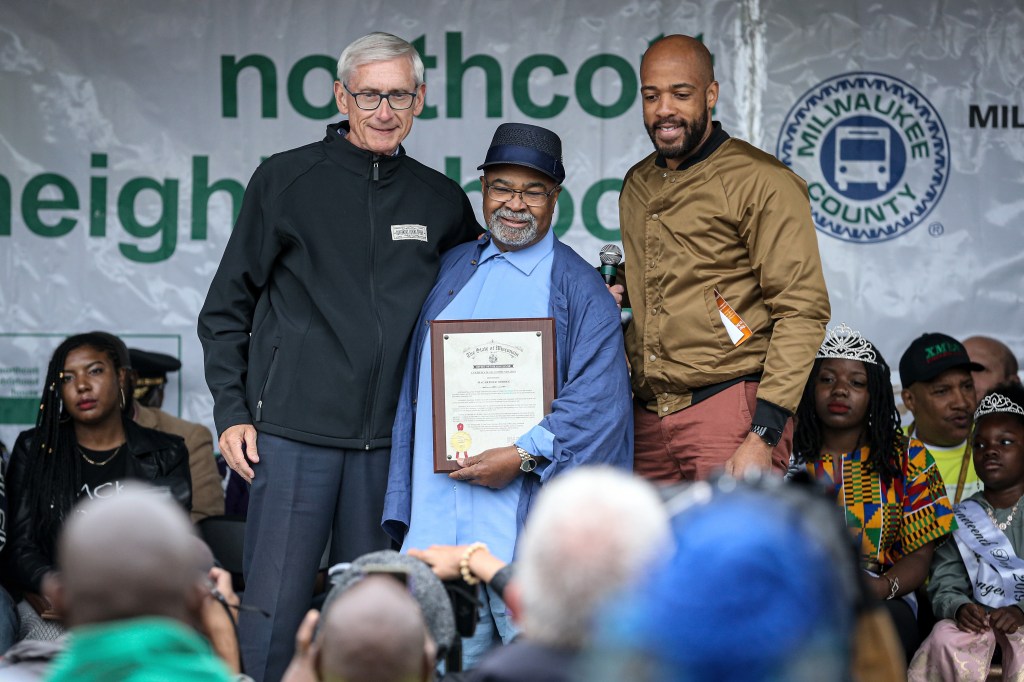 Despite the signing of the 1863 Emancipation Proclamation freeing slaves in Confederate states, news of the end of slavery traveled slowly in the South. Many remained enslaved unaware of their freedom. It was not until Union Maj. Gen. Gordon Granger arrived in Galveston, Texas, issuing an order officially freeing thousands of slaves.

This year’s Juneteenth theme echoed a quote by Frederick Douglass: “Knowledge makes a man unfit to be a slave.”

“We need to teach the younger generations about our history, where we come from and what we have gone through. We can’t expect schools to [teach them],” Chris Pate, a Milwaukee County Transit System bus driver, said. “June 19 is a day to remember the sacrifices that were made for Black people to have freedom in the United States and to celebrate our ancestors for what they endured for us to have what we have now.” 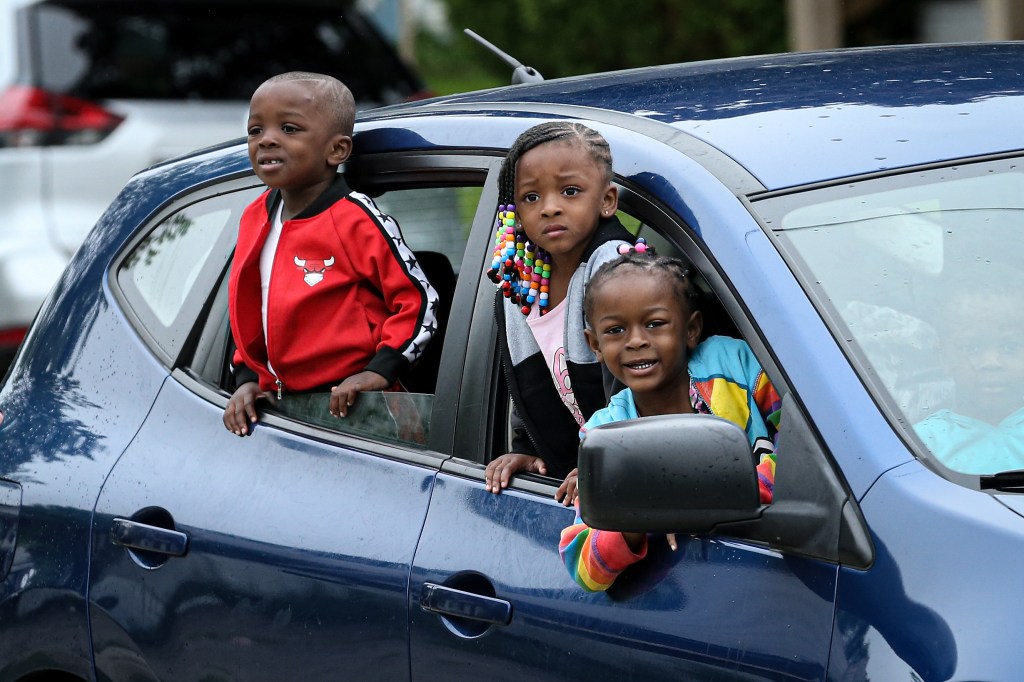 The premise of June 19, 1865, not only commemorates the date when African American slaves in Galveston actually became free; the holiday celebrates emancipation in the United States.

“I wasn’t raised celebrating Juneteenth in my home, and I never heard about it in school,” said Tasha Smith, a Milwaukee Public Schools teacher. “I wish we saw more of Black History in television or film. There’s so much I want to show my students.”

Smith only recalls two times where’s she has seen any mention of Juneteenth–on Black-ish and Donald Glover’s Atlanta. In 2017, ABC hit show Black-ish premiered season four with a musical episode about Juneteenth. An 1865 version of the Johnsons celebrate June 19th, the day slaves were told they were freed in the U.S.

The episode follows Andre “Dre” Johnson Sr., played by Anthony Anderson, and his frustrations about America not acknowledging the holiday.

“[Juneteenth is] a 150-year-old tradition that no one’s heard about,” Dre says, “not even my black kids.”

Dre points out that while the entire country acknowledges the 4th of July as Independence Day, independence was not guaranteed for all people. In fact, July 4, 1776, excluded enslaved people who would remain enslaved for nearly another 100 years.

“To think that Milwaukee has one of the largest celebrations in the country should be celebrated. If school was still in session, I’d make the Juneteenth [parade] a yearly field trip for my students,” Smith said.

Bell writes: “…Milwaukee regularly comes up No. 1 on lists of American’s most segregated cities. If that surprises you, you are not alone. Most people who don’t know Milwaukee have no idea it is one of America’s blackest major cities.” 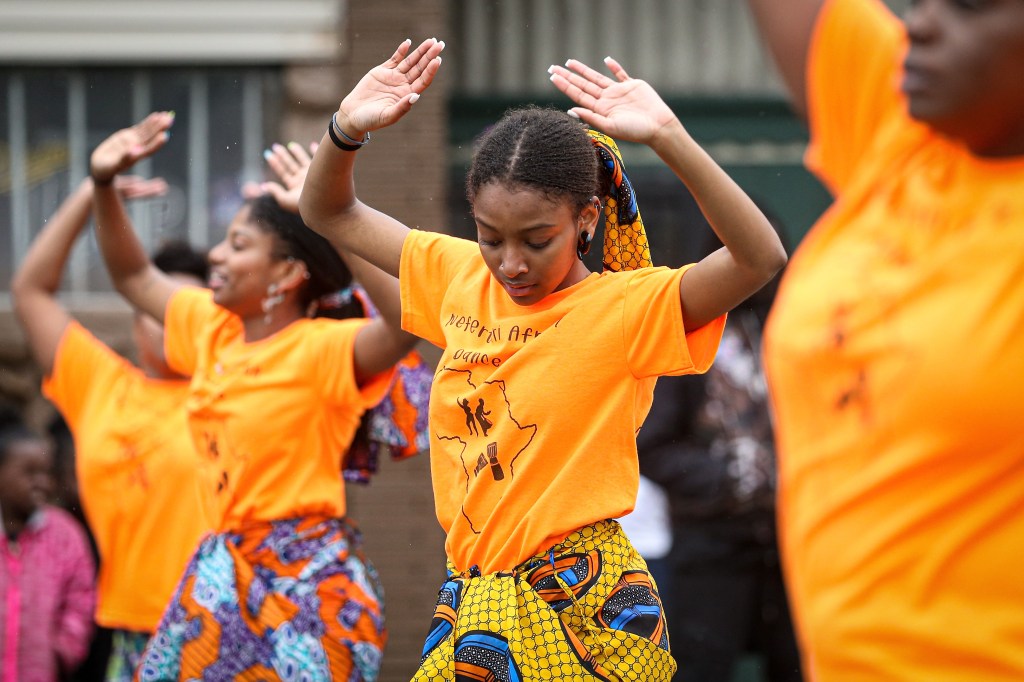 Sometimes, it don’t feel like we’re free. But I know we’re better off than where my parents and my ancestors were, so I’ll keep showing up here every year.

Milwaukee is 40% black, higher than the African-American populations in Chicago, Oakland, and Compton, Calif. where Bell lives.

While Milwaukee, like any other city, has its fair share of issues, community-wide events like the Juneteenth Day Parade and Festival reaffirm hope in the hearts’ of the community.

Imani Taylor, 22, just moved back to Milwaukee from Atlanta, Ga. where she studied political science at Kennesaw State University. While she loved her time down South, she notes that nothing compares to the feeling of being home in Milwaukee.

“I remember my grandmother telling me that Juneteenth was never just for Black people, but for American people. She’d complain that Black holidays should be taught in schools and should be acknowledged as a part of American history,” Taylor said.

While Juneteenth is the oldest known celebration commemorating the ending of slavery in the United States, it is not a federal holiday. “I hope this holiday gives a new impetus to young people like me to educate themselves,” Taylor said. “I think that remembering the past is important for us to move forward in the future. Even though slaves were emancipated in 1865, we are still tryna get free.”

Miela Fetaw is an Eritrean-American freelance writer and filmmaker based in Milwaukee, Wis. You can find her work at www.mielafetaw.com