There’s a slow infiltration of sultry, soulful, lo-fi music in afrobeats—and the latest from Nigerian producer Sarz and his fellow countryman and singer-songwriter, WurlD, is just a taste of how the scene is evolving. Before landing at No. 1 on Nigeria’s iTunes Albums Chart, I Love Girls With Trobul was a long time coming. Backed by Sarz’ fresh instrumentals, WurlD flexes his songwriting chops to talk about all things love and lust in this eight-track EP. The project is a cohesive narrative of the ups and downs people face when grappling with relationships.

On the origin story of how this project came to be, the duo notes that a mutual friend of theirs made the initial connection for them to explore working together. Sarz, born Osaretin Osabuohien, then sent over a few beats, with WurlD delivering with 2018’s “Trobul” in less than 24 hours. Sarz says he was so in love with the song that this collaboration needed to go beyond one track. They both describe the foundation of the EP as “seamless,” and for WurlD, this was one of the few times he made a decision to work on a project with someone without overthinking it. It just felt right.

I Love Girls With Trobul is the duo’s take on balance while pushing the culture forward. WurlD comes with his relatable, minimal lyrics (he’s also worked with the likes of BOB, Trinidad James, Mario, Walshy Fire and more during his time in Atlanta) while Sarz (a chart-topping producer who’s had Niniola and Wizkid grace his beats) delivers trendsetting instrumentals. There’s a song on I Love Girls With Trobul for everybody—for those on the continent and in the diaspora alike.

Meet Wande Coal: The Afrobeats Pioneer Who's Ready To Reintroduce Himself To The World

“Mad” is the newest music video to drop from the EP. A continuation of the storyline that the collaborators showed us in their previous single “Ego: Nobody Wins,” we take a look at the dysfunctional insecurities of a relationship between WurlD, born Sadiq Onifade, and his love interest (played by Bolu Aduke Kanmi). The relatability of the visual and the song will surely get you in your feelings.

VIBE: Sarz, what kind of sonic journey did you intend to take listeners through in this EP?

Sarz: I was trying to make something that suits WurlD’s sound, makes him comfortable enough to express himself, and also isn’t alien to the afrobeats space. I was also trying to push the narrative with the sound because that’s what I’m known for. I’ve always been that producer in Nigeria that doesn’t really follow trends and does stuff that other producers use as a template to make music. This is just one of those projects where it doesn’t sound like anything else in the afrobeats space right now. This time next year, you’ll hear so many songs that sound like songs off this project.

How would you describe the creative process of working with each other?

WurlD: We had to trust each other—I was very open. It was all about both of us meeting in the middle. There were times where Sarz would advise me to tweak the conversation in my lyrics. Another thing we focused on was bringing Africa along as much as possible. He’s Nigeria at its core. I learned how to create music in America, though I was born in Nigeria—so I know the culture. I lived there until I was a teenager. We understood each other and I was open to the idea; we were both determined to do whatever we needed to do to make the best project. One of our biggest challenges making this was that we were both in different places throughout the process, so the ongoing support we got from “Trobul” kept us alive. We recorded the first series of songs in L.A., the body of it in Atlanta and we then finished it in Lagos earlier this year.

Why is a project like I Love Girls With Trobul needed in the popular African music scene now?

Sarz: From my end, I feel like when you’re genuine with your art and speaking your truth, people will always gravitate to that—because there’s someone out there that feels the same way you feel. I don’t know who’s out there who feels the same way, but judging from the reviews and feedback we’ve been getting, there are so many people that we’re touching right now with this. 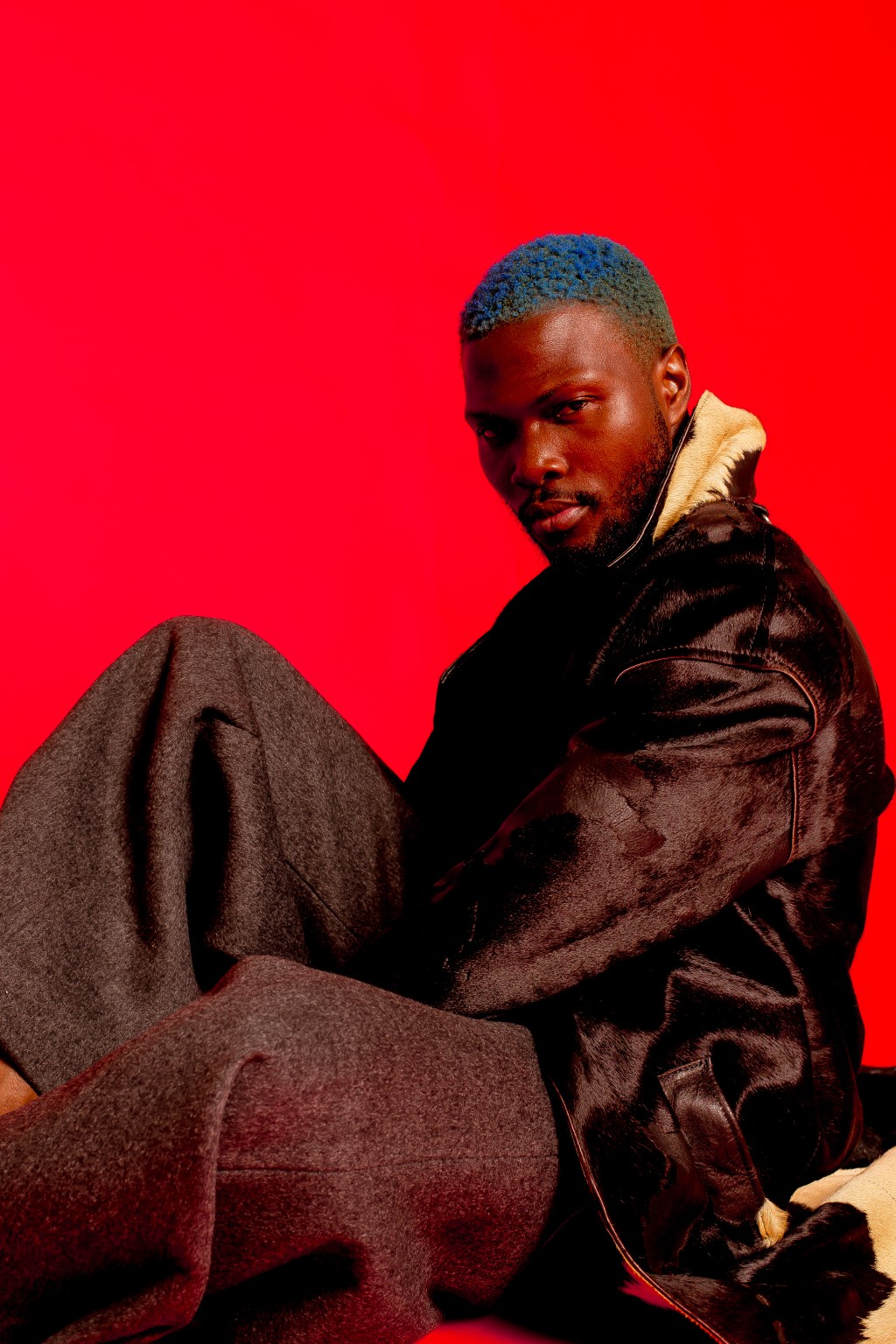 WurlD: I like the idea of collaboration. I wanted to shine a light on the importance of collaborating with producers. Living in the States for so many years, I saw this happen every day. I noticed how there are different ways to collaborate and how in general there’s not a lot of love for producers. I hope this inspires other producers to put more value in themselves.

Wurld, what inspired you to be so vulnerable with the stories you share in the EP?

WurlD: I feel like when I’m creating music is when I’m the most vulnerable. Music is communication—people go through things. I like the idea of empowering people through words where a sad song can actually lift you up. If it’s done in a happy space, you don’t feel so sad after all. I can’t really explain how I balance that but it’s a free, caring space. I care about the listener. I understand how difficult it is to empower yourself through a heartbreak. It’s being vulnerable, but it’s to be free and accept a loss. I understand the need for people to feel empowered to get up and keep going, so that makes it easy for me to tap into my vulnerability and to keep the audience lifted.

Sarz, what inspired you to conjure a sinister, dark sound with “Mad”?

Sarz: There’s nothing like that in the African space right now. That was the last record we made, and I felt like the project needed a little edge. After working on a few records, “Mad” was the standout one. We just knew this is what we’ve been looking for—it was just me trying to make a global soundtrack. I feel like anyone, anywhere in the world can relate to “Mad,” even though it’s afrobeats.

Walk me through its music video. What should viewers keep in mind while watching?

WurlD: We wanted to stay close to the conversation of the song. And “Mad” goes through different emotions with an afro-dance element. The key part in the record is how I’m dealing with my issues and I’m dealing with yours, but at the end of the day we get mad and we’ll make up. This is an everyday situation. We fight, we come together. And we wanted to highlight that in the video. With “Ego,” we were disconnected. With “Mad,” we give it a try when you break up to make up. The making up part is not easy, so there’s a lot of highlighting the highs and lows of those emotions to get past what made you mad. The dance elements highlight African culture and we wanted to keep it simple, stylish and straight to the point.

Sarz: With this project, we were really just trying to do things how we feel. And the project itself sounds like a story from the first song to the last. We wanted to try and keep that visually and interpret it as much as possible so people understand that journey with the visual.

What’s next from the project?

WurlD: I feel like this project we created is the first of its kind coming out of this region in Africa. We hope to inspire and show the rest of the world the necessity of range. Africa is not just one thing, and there’s so much more that we have to offer. We’re planning on doing more visuals because we feel strongly that these records deserve A1 narratives and visuals that push the culture forward and shines a light on African art.