There’s a serene feeling over the bodies standing in the iconic architecture at the Getty Center Museum. Jazzy horns, peaceful keys, and crisp guitar riffs gently interrupt the soothing silence as dancers dripped in marigold threads swayed to “Counting,” a composition created by Solange. A series of odd numbers like “5”, “7” and “9” are recited on a loop by half of her dancers while the others chant “6”, “4” and “2.” It’s just a preview of her latest creation Bridge-s but felt like a dynamic meditation.

Bridge-s brings yet another magnetic piece into her series of interdisciplinary works that spawned after the release of her magnum opus, A Seat At The Table. The world was introduced to Solange’s artistic side thanks to performance art pieces at the Guggenheim in New York and the Hammer Museum in Los Angeles.

Composed by Solange and choreographed by Gerard & Kelly, Bridge-s was created with the pillars, beams, and columns around the museum in mind. Dancers and the orchestra used the space to their advantage, with tuba players catching the peripheral of attendees from afar. 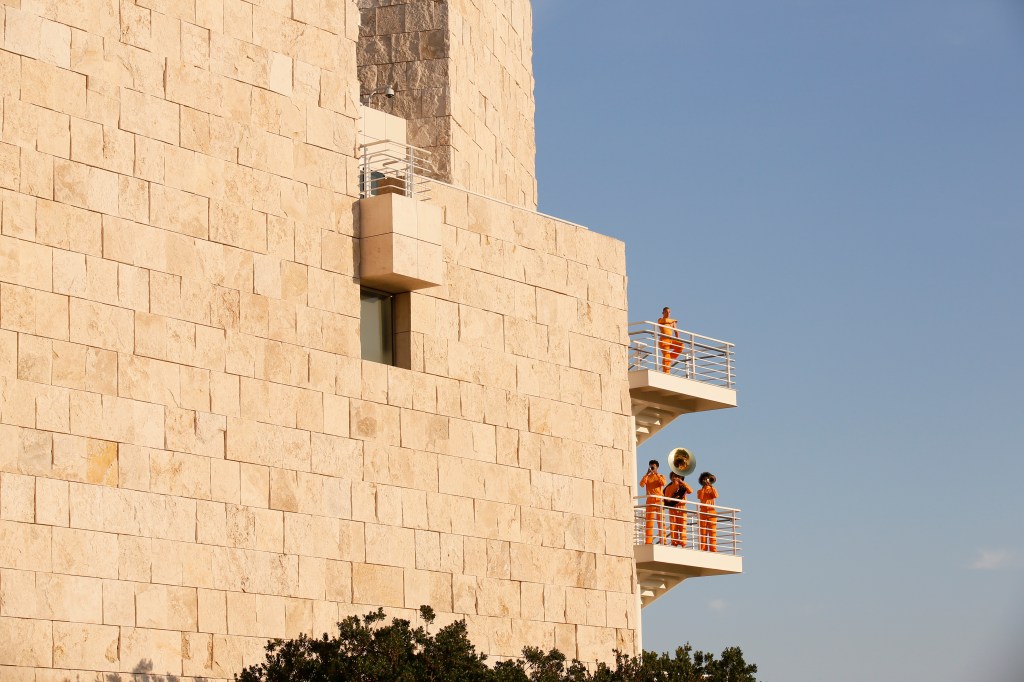 Four rollouts will take place November 16-17, curated with a selection of films that include Black to Techno by Jenn Nkiru, AFRONAUTS and Boneshaker by Nuotama Bodomo, The State of Things by singer-songwriter Kish Robinson (Kilo Kish) and more. In its entirety, Bridge-s was designed to explore “transitions through time.”

This was felt throughout the performance piece as dancers move with the intent of love, internal struggle, and unity. In a stunning zine designed by Sablā Stays, Gerard & Kelly shared the emphasis behind their modernist and inclusive approach.

“Our work, like hers, is part of an interdisciplinary effort throughout the arts and humanities to redefine modernism by critically engaging its prevailing narratives. By accounting for differences of gender, sexuality, and race. By focusing on intimate and collective histories. By centering our work around the body, dance and movement,” they said. 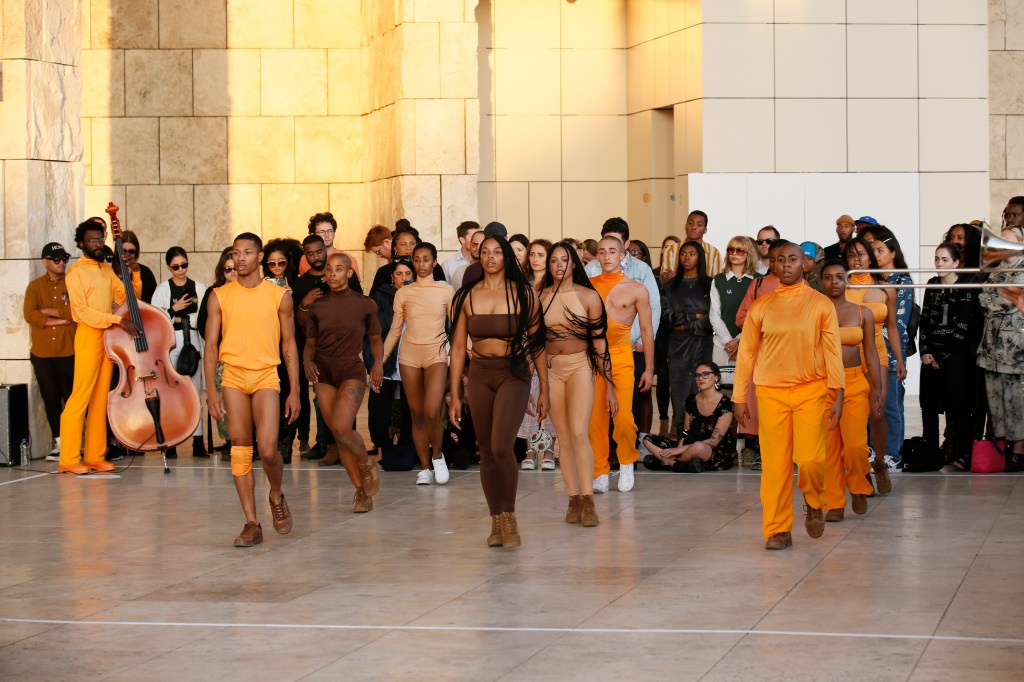 Solange also opened up about the importance the museum and the Elbphilharmonie Hamburg played in the performance piece. “Both Elbphilharmonie Hamburg and the Getty Museum have sure strong distinctive voices spatially, and so the intention is that all of the work, the movement, the language, the songs all align with those principles,” she said. “Working with Gerard and Kelly, who share many of the same philosophies on their approach to interpreting time and space through performance has really built the foundation [for] the spirit of this collaboration.”

Like the rest of us, the artist watched closely the dancers glide across the floor, while bandmembers release enchanting sonnets with vocalists dropping a few high notes in between. Guests like Thundercat (and his Pikachu backpack), Kilo Kish, Dev Hynes of Blood Orange and Tyler, The Creator were also left speechless after the performance.

“I just want to thank you guys for allowing me the space to evolve, experiment and express new frontiers,” Solange said to the crowd after the assembly provided endless cheers. 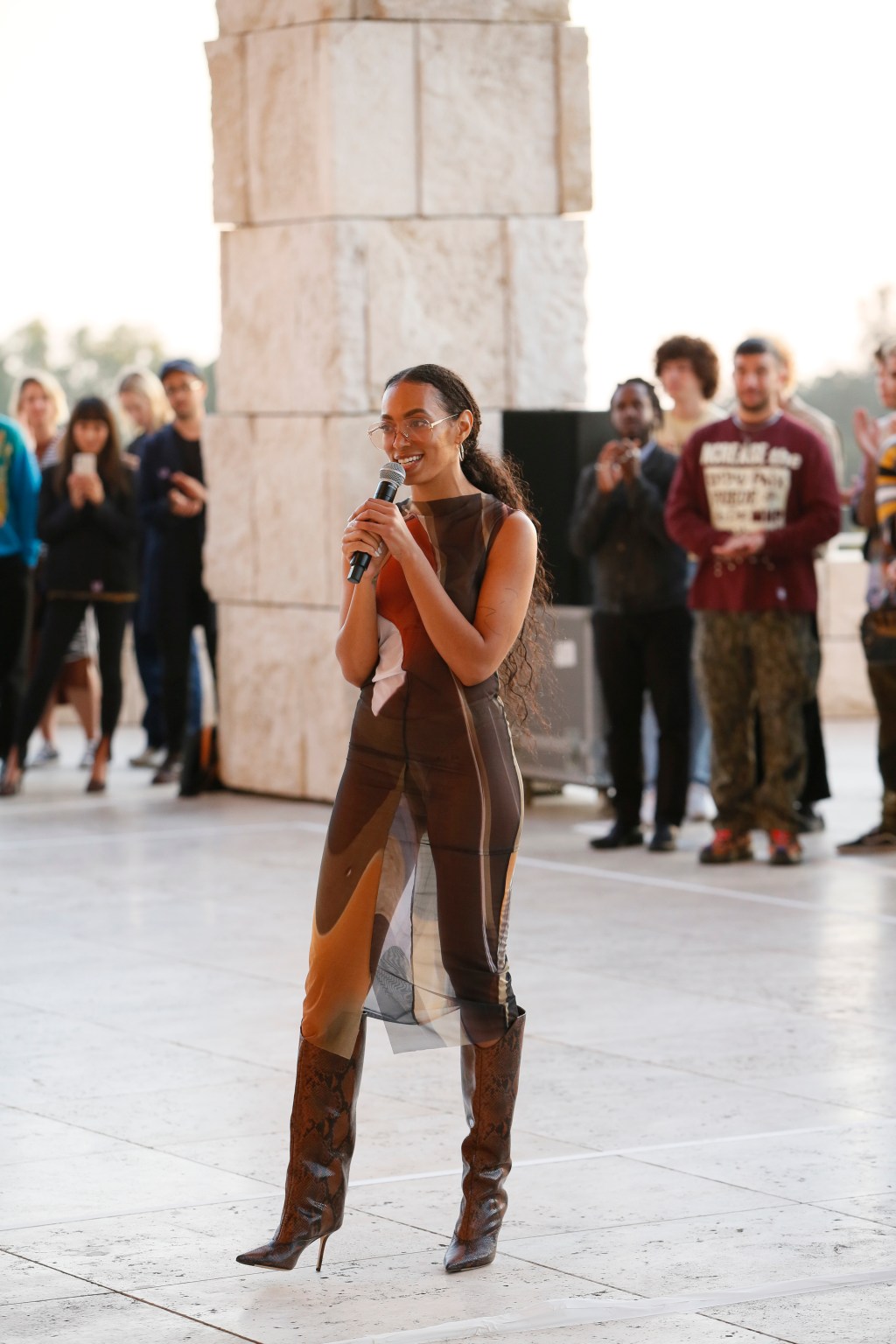 Learn more about Bridge-s and get free tickets here.