Daniel Hernandez, known widely as Tekashi 6ix9ine, took the stand in a Manhattan federal courtroom against Anthony “Harvey” Ellison and Aljermiah “Nuke” Mack who are facing racketeering and firearms charges. Acting as a cooperating witness, the 23-year-old used part one of his testimony to break down his origins with the Nine Trey Gangsta Bloods and how they’ve played an instrumental part in keeping up the rapper’s gang image.

Pitchfork reports in addition to his testimony on Tuesday (Sept. 17) about “Treyway,” the rapper made it known he began cooperating with federal agents on November 19, 2018– just one day after he was arrested on his own racketeering and firearms charges.

Answering questions from attorney Michael Longyear, the rapper “unhesitatingly” replied in full to the prosecutor about his kidnapping, how he learned about the Nine Trey crew, and why he continued to support the gang with guns and other resources.

With the rapper taking the stand again on Wednesday (Sept. 18) for part two of his testimony, here’s what you missed from his first testimony. 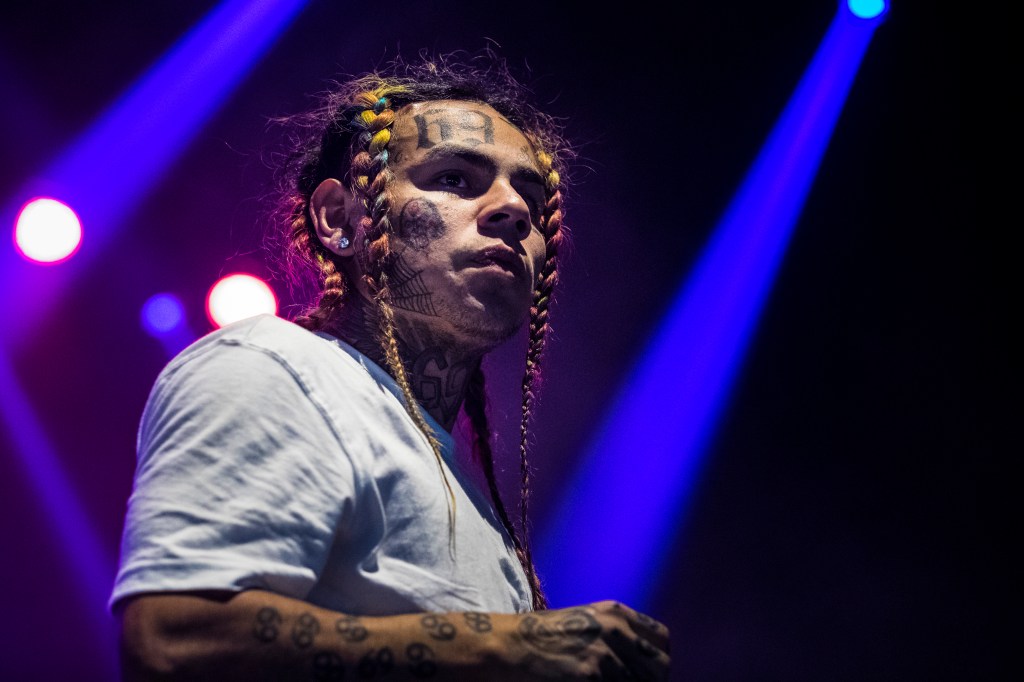 Anthony “Harv” Ellison and Aljermiah “Nuke” Mack were called out by the rapper as alleged Nine Trey Gangsta Bloods members. Prosecutors claim the men were two high-profile members of the gang who terrorized neighborhoods with gun violence. Mack allegedly sold drugs such as heroin, fentanyl, and ecstasy in Brooklyn. Both are accused of kidnapping the Hernandez last year. 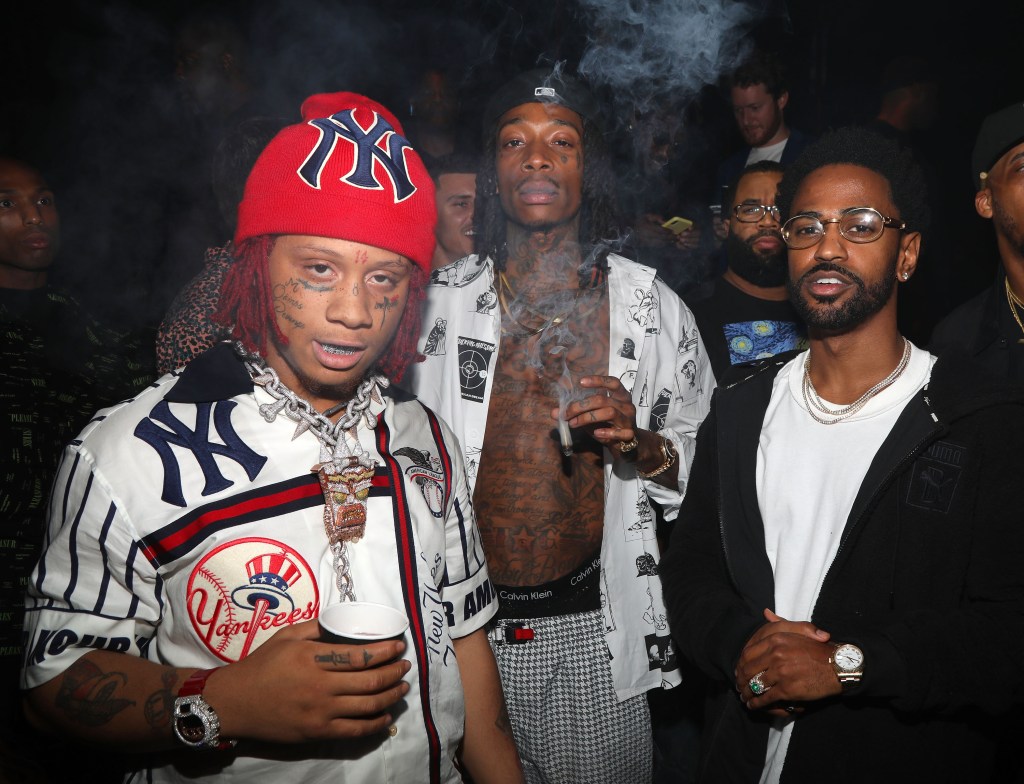 Speaking on his come up in the industry, the 23-year-old shared how his hit single “Gummo” was a direct diss to former labelmate, Trippie Redd. “Me and Trippie Redd were signed to the same label,” Hernandez said. “There was a lot of jealousy involved,” he revealed while sharing how Trippie’s alleged affiliation with Five Nine Brims.

3. Tekashi Provided Gang With Hits In Guns In Exchange For Protection 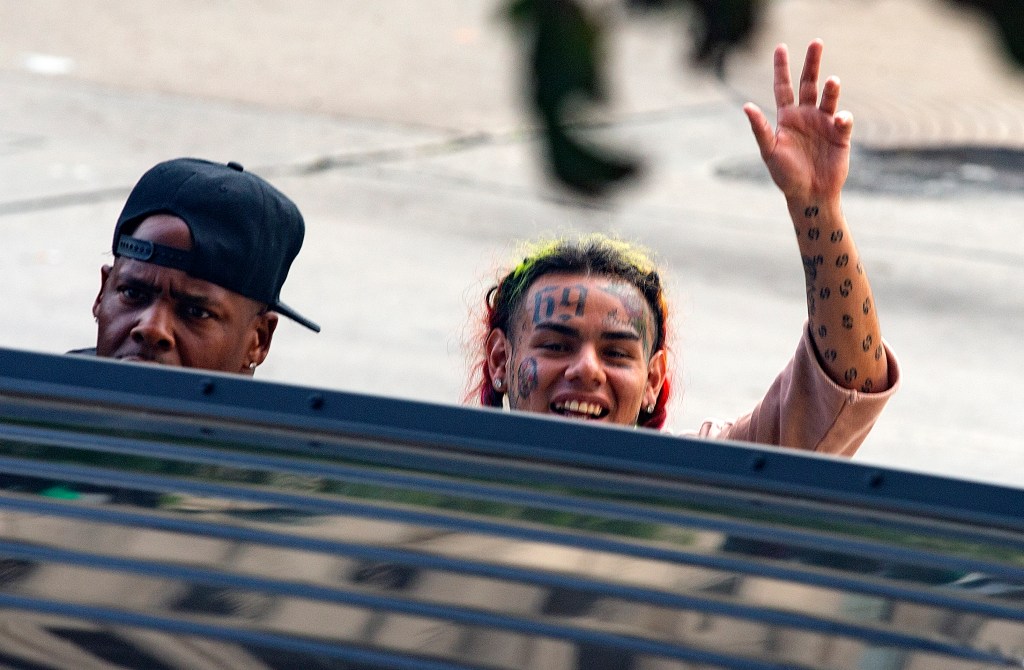 In 2014, Hernandez worked at Stay Fresh Deli, a vegan bodega in Bushwick where he met Peter “Righteous P” Rodgers. After being told he had the “image” for a rapper, he started making music and touring. He met rapper Seqo Billy who introduced him to members of the Nine Trey to act as supporters in his “Gummo” video. Hernandez purchased three dozen red bandannas for the men in the video. “I told Seqo that I would like for them all to wear red,” he said.

From there, he met his former manager, Kifano “Shottie” Jordan, who taught him the Nine Trey handshake. After creating “Kooda” he “officially became a Nine Trey member” without going through a traditional initiation like slicing a stranger in the face with a blade.

His role in the gang was simple, the rapper divulged. “[I] just keep making hits and be the financial support for the gang… so they could buy guns and stuff like that.” When asked what he got in return he said, “My career. I got the street credibility. The videos, the music, the protection – all of the above.”

After seeing the traction from “Gummo” and “Kooda,” the rapper realized Treyway could change his life. “I knew I had a formula,” he said. “That’s what people liked.”

4. Tekashi Turned On Gang Members 24 Hours After His 2018 Arrest 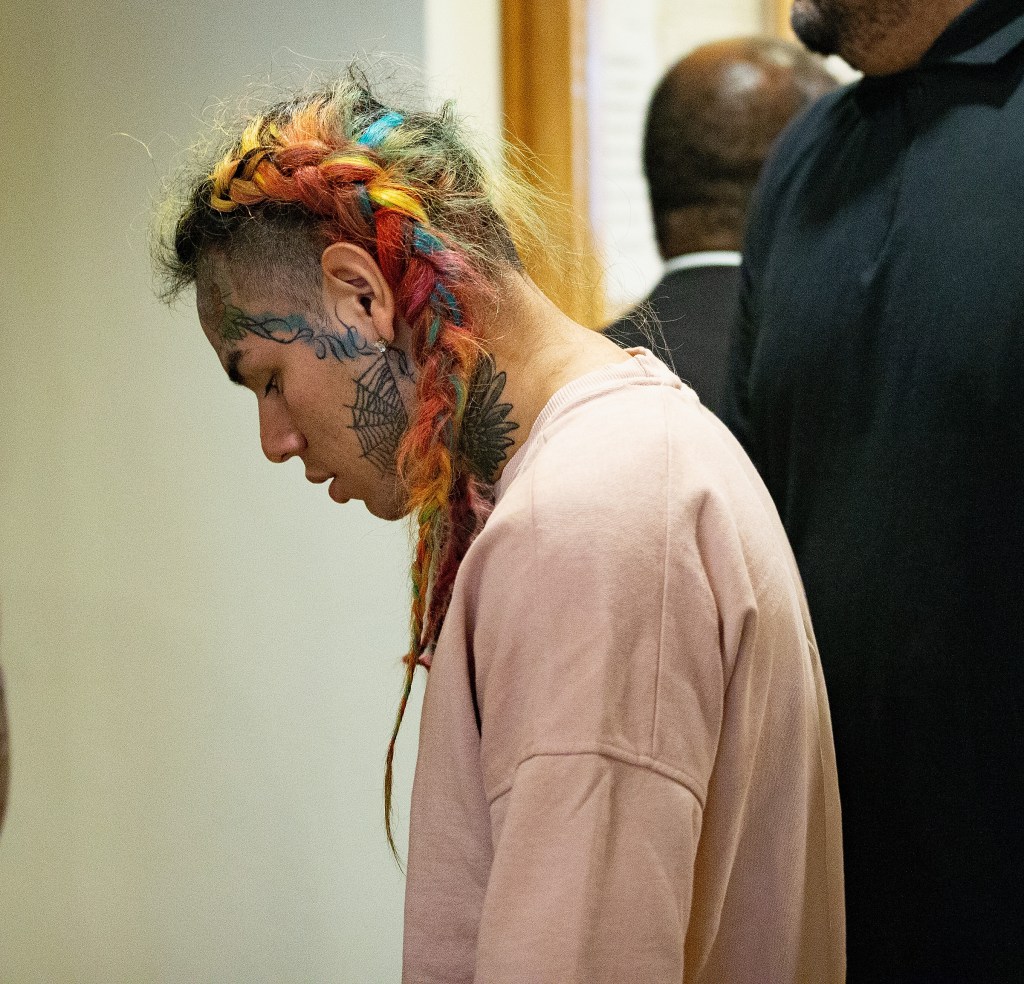 Hernadez didn’t need much time to ponder a working relationship with the feds. Just 24 hours after he and other Trey Nine affiliates faced racketeering charges, the rapper agreed to work with the feds. Initially facing 47 charges, his current testimony stems from a plea he took with the Manhattan U.S. Attorney’s Office; under the agreement he pled guilty to nine federal counts.

“The defendant’s obligations under this agreement are as follows: That he shall truthfully and completely disclose all information of the activities of himself and others to the U.S. Attorney’s Office and that he cooperate fully with law-enforcement agencies,” Assistant U.S. Attorney Michael Longyear said during the plea proceeding. “It is understood that the defendant’s cooperation is likely to reveal the activities of individuals and that witness protection may be required at a later date.”

5. Ellison Claims The Rapper’s Abduction Was A Publicity Stunt

Ellison and Mack have accused the rapper’s kidnapping in July 2018. Hernandez spoke to Angie Martinez shortly after the kidnapping and suspected people in his crew were behind the act. But Ellison’s lawyer, Devereaux Cannick, has another theory.

Calling the kidnapping a “hoax,” Cannick compared the incident to Jussie Smollet’s Chicago incident. The name drop is a direct reference to the actor’s claims of faking a racist and homophobic attack against himself. Cannick also claimed Ellison came up with the kidnapping as a publicity stunt in order to boost Hernandez’s image.

Meanwhile, Assistant U.S. Attorney Jonathan Rebold argued that the kidnapping was real. After Ellison was fired from a “protection role” in Hernandez’s camp, Rebold said, “This did not sit well with Mr. Ellison,” allowing the kidnapping plan to come to life.

6. Tekashi Nodded To His Music Videos Played In Court

Two music videos, “Gummo” and “Kooda,” were played at the courthouse. Hernandez pointed out alleged gang members who appeared in the videos while nodding to his viral hits. While speaking on the creation of the video, Hernandez said he wanted the “aesthetic” of “Gummo” to reflect the “Treyway” vision.