As Complex reported Wednesday (Sept. 18), Judge Paul Engelmayer noted the leak of the rapper’s testimony that hit YouTube by way of VladTV. Shortly after, Hernandez explained how the Trey Nine gang began to fall apart–or split into four groups–leaving him to take sides. In the end, Hernandez was robbed and kidnapped by his own manager as video footage revealed. The rapper explained how his initial deal turned into extortion as he provided over $80,000 to the gang.

See more details from the trial below. Hernandez will take the stand again Thursday (Sept. 21). 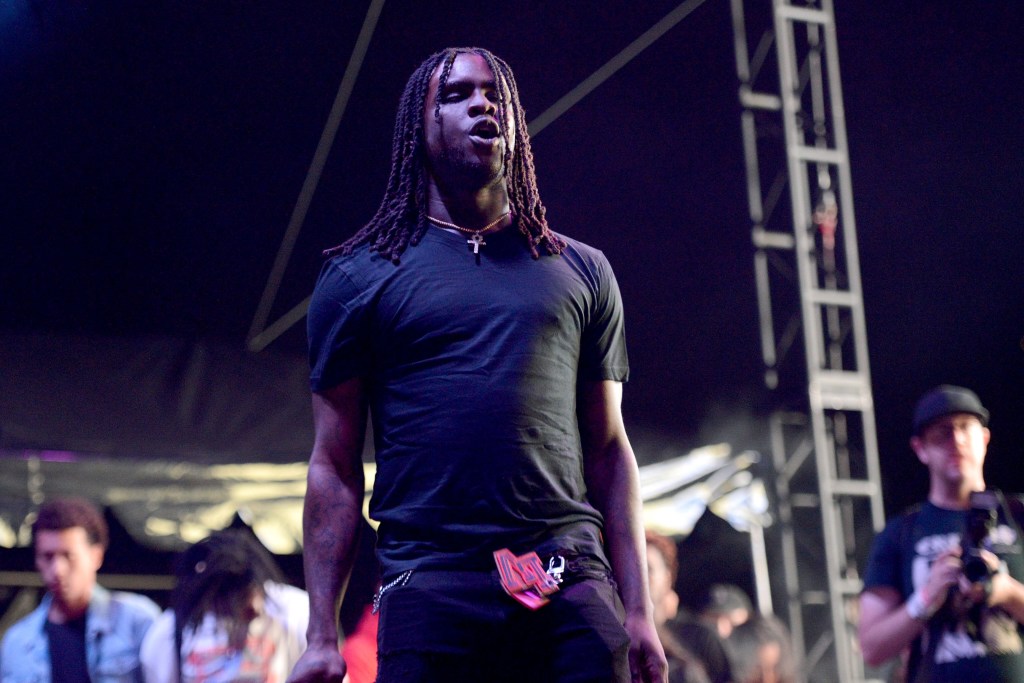 The hit against Keef was widely reported last year but Hernandez provided clarity to the incident. The rapper admitted to arranging a hit on the Chicago rapper after a dispute over “my friend Cuban,” a reference to rapper Cuban Doll. Although Hernandez planned to provide the gunman with $20,000 he paid him $10,000 since the hitman fired one shot and subsequently missed.

Hernandez’s brief beef with fellow Brooklyn rapper Casanova sprouted from Cas’ diss song, “Set Trippin.'” After hearing it, Hernandez said he was ready to “run down” on the rapper. Seqo Billy tipped him off about Cas’ alliance to the Bloods set, the Apes and how they would more than likely retaliate if Cas is harmed.

“There’s a kite out saying if any apes happen to cross ya path to fire on you or anybody around you… smarten up,” Seqo wrote in a group chat presented in court. Ellison allegedly replied, “Apes can fire on this dick… They don’t want to war with Billy’s [Nine Trey].” From there, several shootings took place in Brooklyn with one inside the Barclays Center.

Hernandez went on to detail the very complicated story behind his beef with Rap-A-Lot records. The debacle started when Tekashi and the Treyway crew didn’t “check-in” with Jas Prince before taking the stage at Texas’ South by Southwest in March 2018. The incident was further muffled since Trey Nine members like Ellison and Billy Ato were beefing with Hernandez and Shotti at the time. In the end, Hernadez never performed. His crew would later go on to rob and attack an artist from Rap-A-Lot in New York a month later.

4. Footage of the Robbery/Fight Was Filmed By Hernandez aka 6ix9ine

As he and Shotti fled the scene, Shotti kicked the rapper out the car forcing him to take the train to Brooklyn with a gun in his possession. All of the incidents led up to the kidnapping scenario which Herdanaez claimed was in no way staged.

“I’m pleading with Harv,” Hernandez said. “I’m telling him, ‘Don’t shoot. I gave you everything. I put money in your pocket.’ I told him that I was tired of being extorted.” The robbery/kidnapping was filmed by Ellison but also recorded by Hernadez’s driver Jorge Rivera who was already a cooperating witness in the case.