Known as on the most important voices of her time Brandy Norwood’s unique presence in music is one of a kind. It all started with the release of her self-titled debut album Brandy in 1994 which spawned many hits and a new sound in modern R&B.

Twenty-five years later, the album sounds just a fresh as its debut. With production from Keith Crouch, Curtis Wilson (of Somethin’ for the People fame) and Damon Thomas, Brandy was a true teenage dream as it touched on friendships, young love while allowing Brandy to soar.

A Billboard notes, the album delivered two No. 1 singles on the Mainstream R&B/Hip-Hop chart (“Baby” and “Brokenhearted”) and hit No. 20 on the Billboard 200. Grammy nominations and endless praise for the project from the older crowd was one thing, but the singer’s ability to craft a genuine girl next door quality made her songs relatable to any 90s kid.

True Brandy fans know how her monumental project came together but for the rest, here’s a list of things you should know about the album.

1. “Best Friend” Was Meant To Be A Duet With Ray J 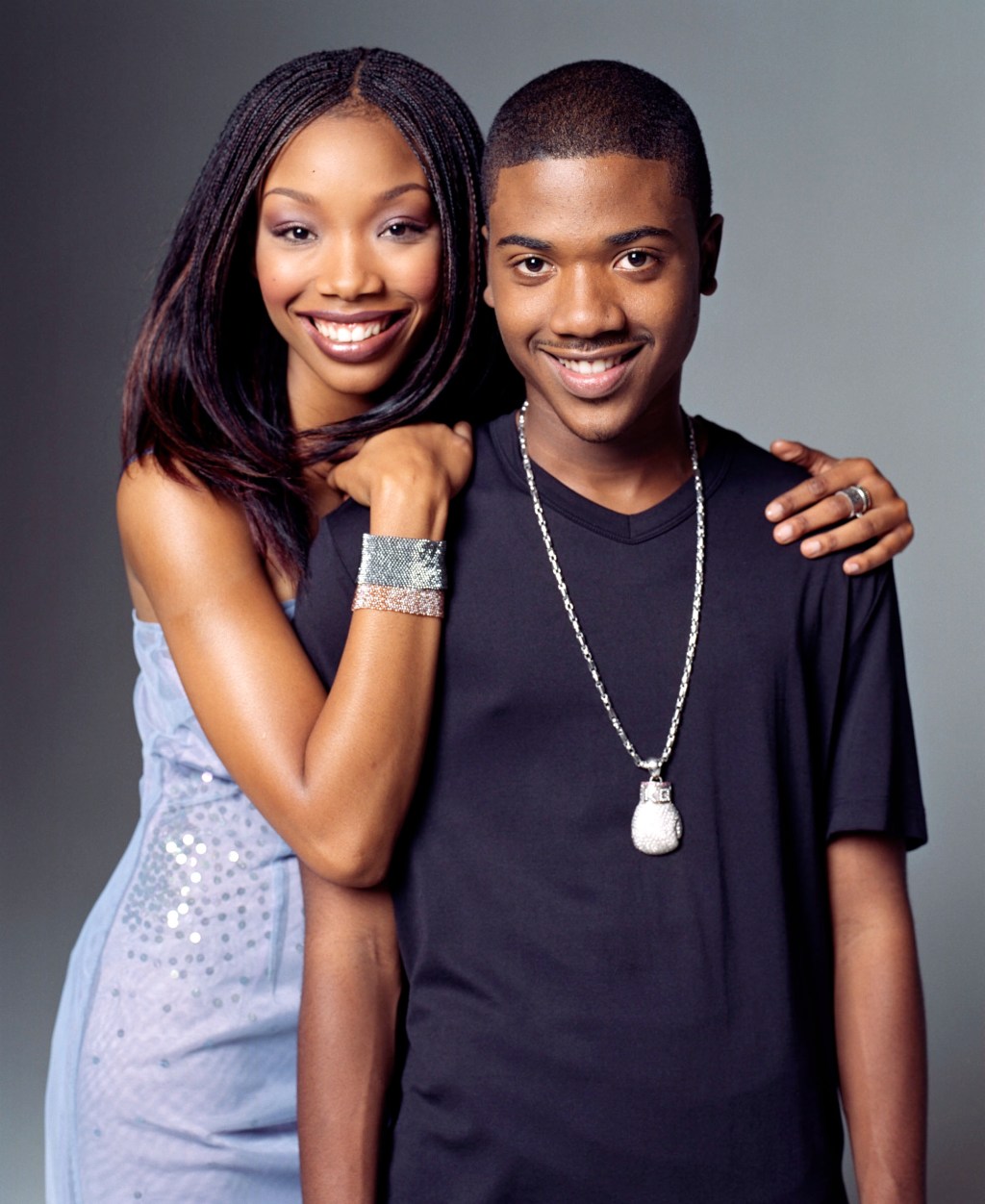 “That was about [my brother] Ray J. It was supposed to be a duet,” the singer told Billboard for the album’s 20th anniversary. The song also had a different aura as it includes flute solo. It was also the first time the singer sang a song outside of her Christian background. “I loved ‘Best Friend’ because I got a chance to do my own backgrounds. I come from a church where I grew up singing a capella,” she said. “So I love playing with different notes and feeling that union with different harmonies and sounds. I love singing backgrounds more than I do lead. And this song was the first time I’d felt that feeling outside of the church.”

2. Keith Crouch Produced Tracks For Brandy And Lalah Hathaway In The Same Year 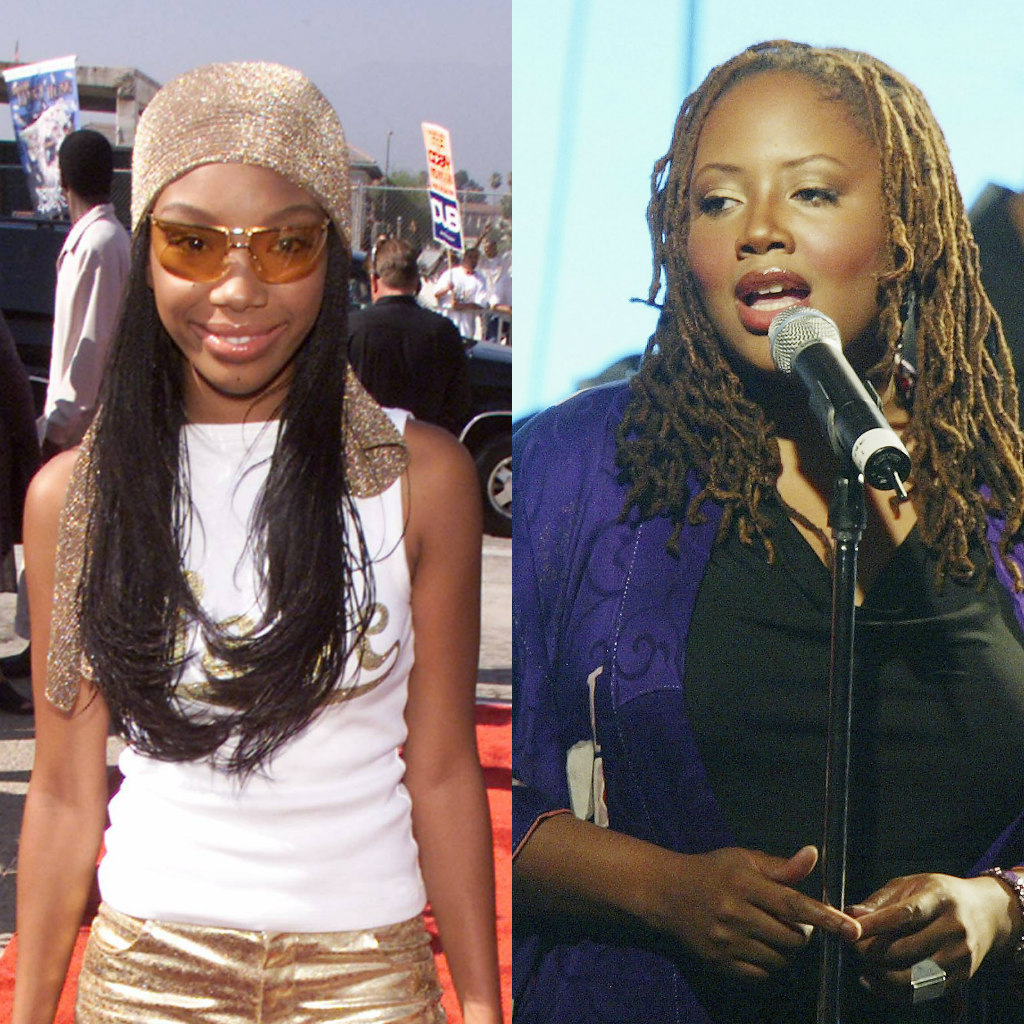 At 21, Crouch was a busy bee. Kicking his career off at age 15, the producer enjoyed a breakout year in 1994 when he produced and wrote for both Brandy and Lalah Hathaway. Crouch produced a majority of Brandy’s self-titled album including the songs “Baby,” “Best Friend,” “I Wanna be Down” and the touching “Brokenhearted.” Meanwhile, he made sure Hathaway’s sophomore project A Moment, a true well, moment. Crouch produced tracks like “Separate Ways,” “Rise” and “These Are The Things You Do To Me.”

Lalah Hathaway “Honestly” Gives Her All On Forthcoming Album 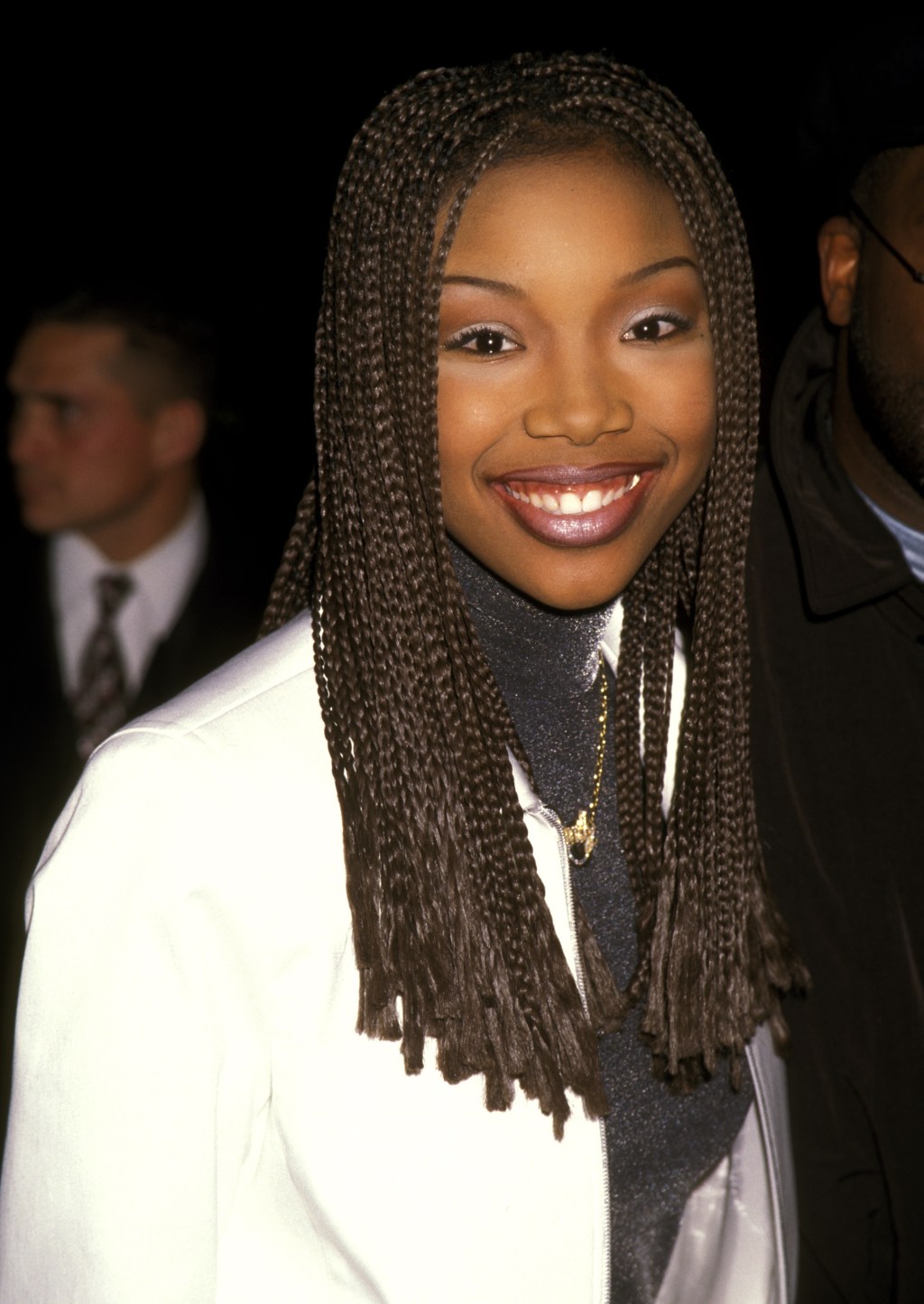 Following the release of her album, the singer was nominated for Best New Artist and Best Female R&B Vocal Performance for “Baby.” Brandy lost out on her Best New Artist nod to Hootie & the Blowfish but would go on to snag a gramophone for Best R&B Performance by a Duo or Group with Vocals for “The Boy is Mine” with Monica in 1999. 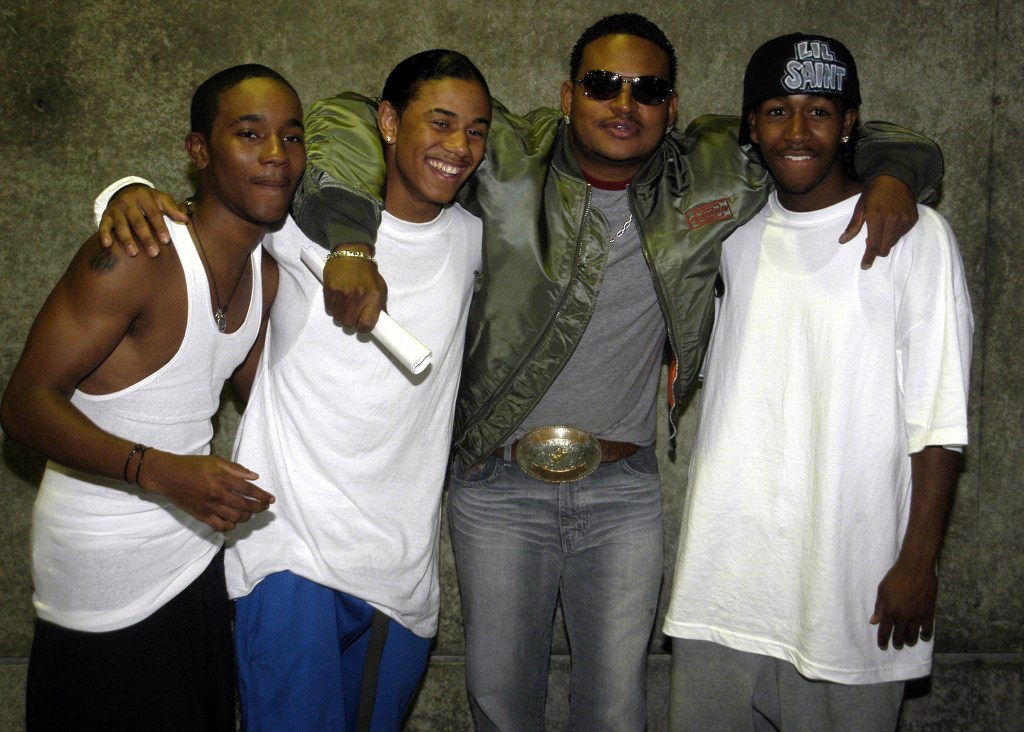 At the age of 11, Brandy was on the path to superstardom. The singer starred in the short-lived ABC sitcom Thea but wanted to pursue her singing career. This led her parents to Chris Stokes and a spot singing background vocals for the Marques Houston-led group Immature. Stokes helped to create her demo which was passed along to Atlantic Records. After slight hesitation regarding her age, then-A&R Darryl Williams signed the singer to the label.

5. Robin Thicke Performed Background Vocals/Co-Wrote “Love Is On My Side” 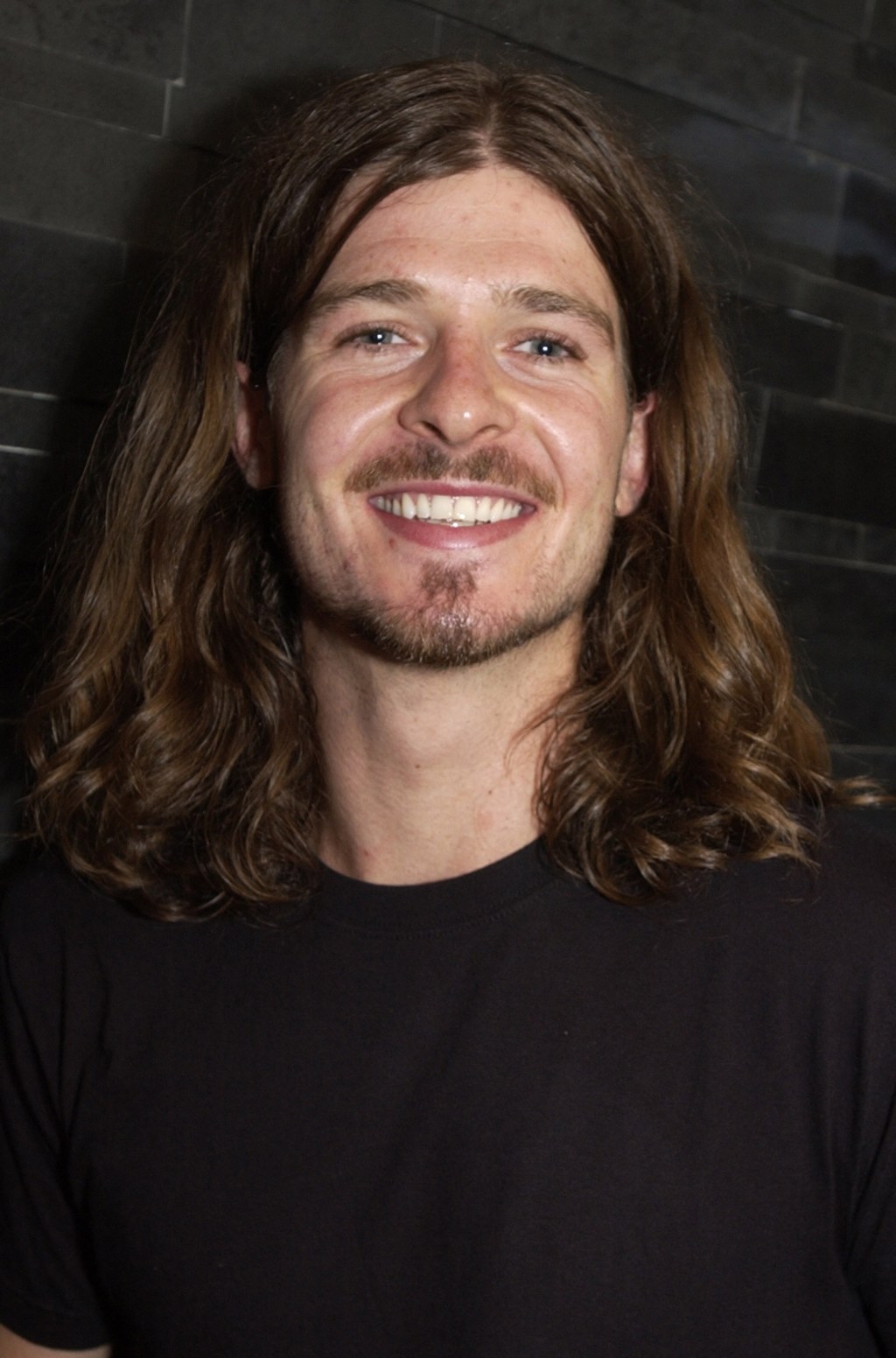 Brandy called her session for “Love Is on My Side” “vocally challengling.” Produced by Damon Thomas with some assistance from a young Robin Thicke, Brandy told Billboard she was intimidated by drums and organs used on the song.

“I needed to give everything to that song,” she said. “I had to push myself to give it what it deserved. To see Robin doing well now, and still being able to do his thing and write his own songs, it’s so amazing. He was 17, writing way back when we had some great times as artists.” 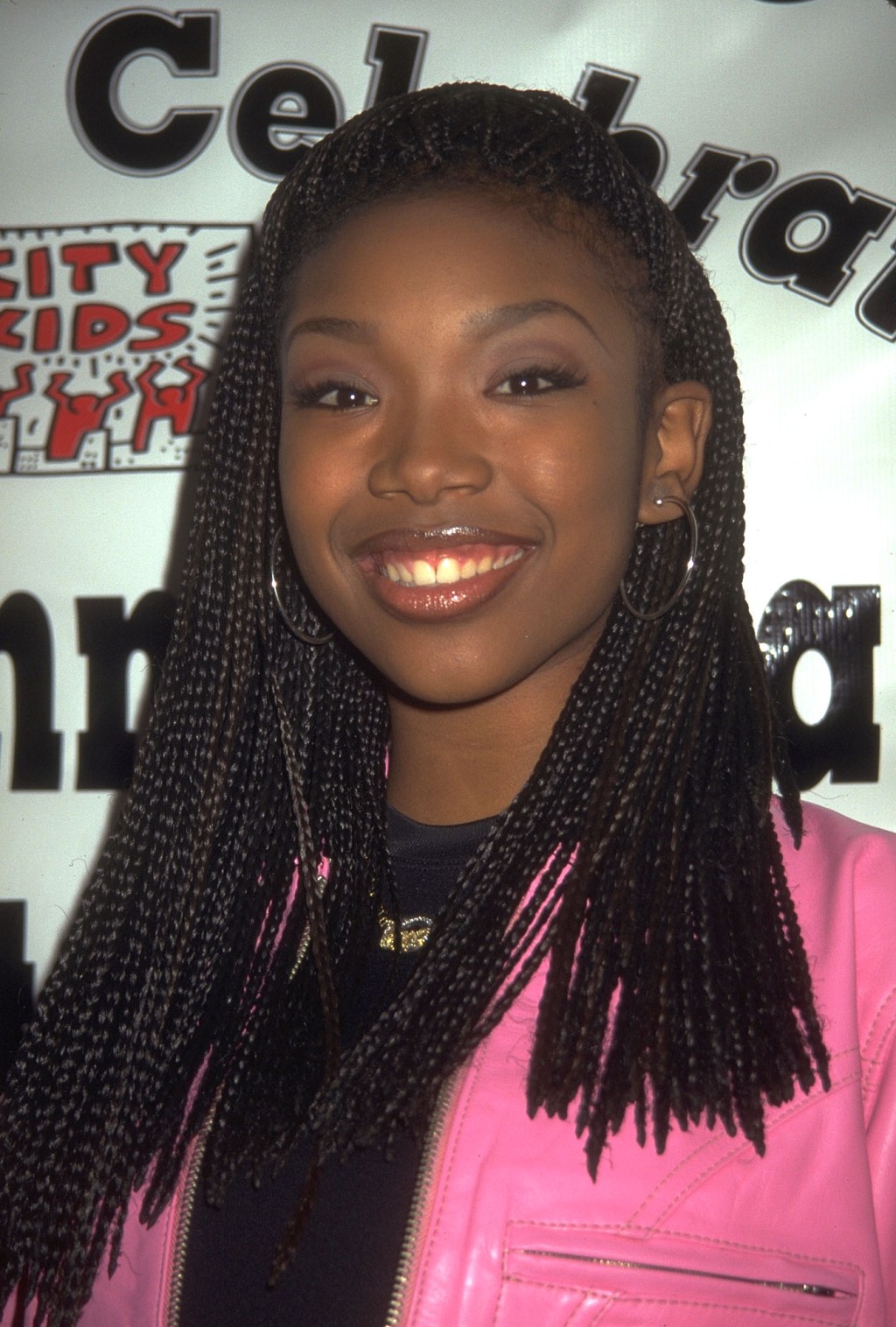 Brandy’s chart takeover was all thanks to her singles “I Wanna Be Down,” “Baby,” “Brokenhearted” and “Best Friend.” The tracks enjoyed spots across the Billboard Hot 100 chart (with many of them in the Top 10). Her self-titled album debuted on the Billboard 200 chart at No. 98 with arguably her best album Never Say Never entering at No. 3. Brandy went on to live on the charts for a whopping 89 weeks.

With Aaliyah’s chill demeanor and sweet vocals, it was sadly second nature for critics to pit another young black teen like Brandy against her but both ladies never gave in to the critics.

“I met Aaliyah when I was about 15. I was so excited to meet her because she was the first girl on the scene,” Brandy said of their friendship in 2011 with Billboard.  “She came out before Monica and I did, she was our inspiration. At the time, record companies did not believe in kid acts and it was just inspiring to see someone that was winning and being themselves. When I met her I embraced her, I was so happy to meet her. I told her how much I loved her. She said the same thing about me and we connected. It was a great moment I’ll never forget.”

She also made it clear to shout her out at the 1995 Soul Train Awards after one of her comments about the singer was misinterpreted.

8. She Heard “I Wanna Be Down” For The First Time At A Taco Bell

Every artist remembers the first time they hear their song on the radio. Most of the time they’re at home or in a car but for Brandy, things were a little different. “It felt so good hearing it on the radio that first time at Taco Bell,” she recalled. “It felt like it belonged there.”

9. She Rushed Through The Recording Process of “Brokenhearted” So She Can Get To An Amusement Park 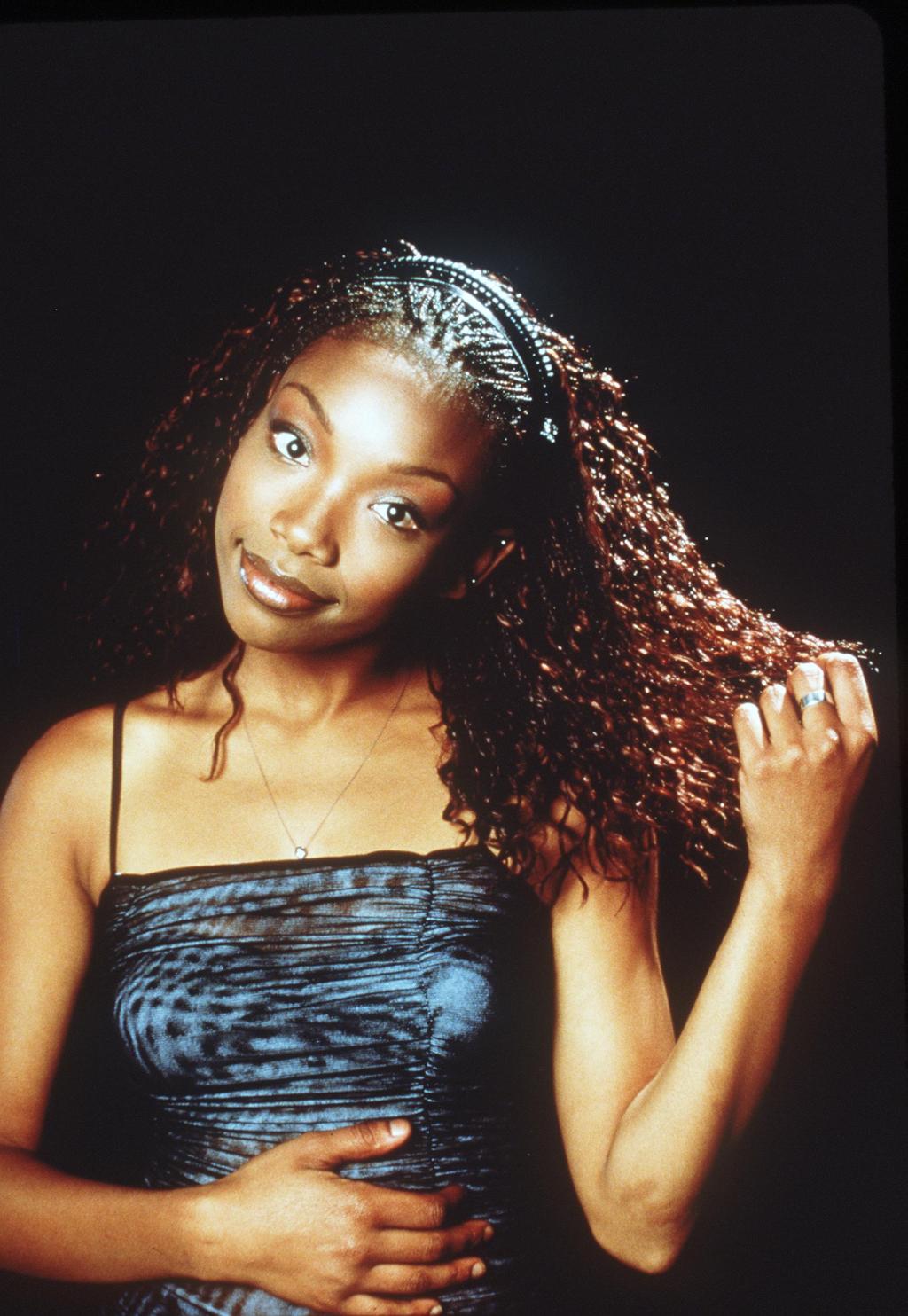 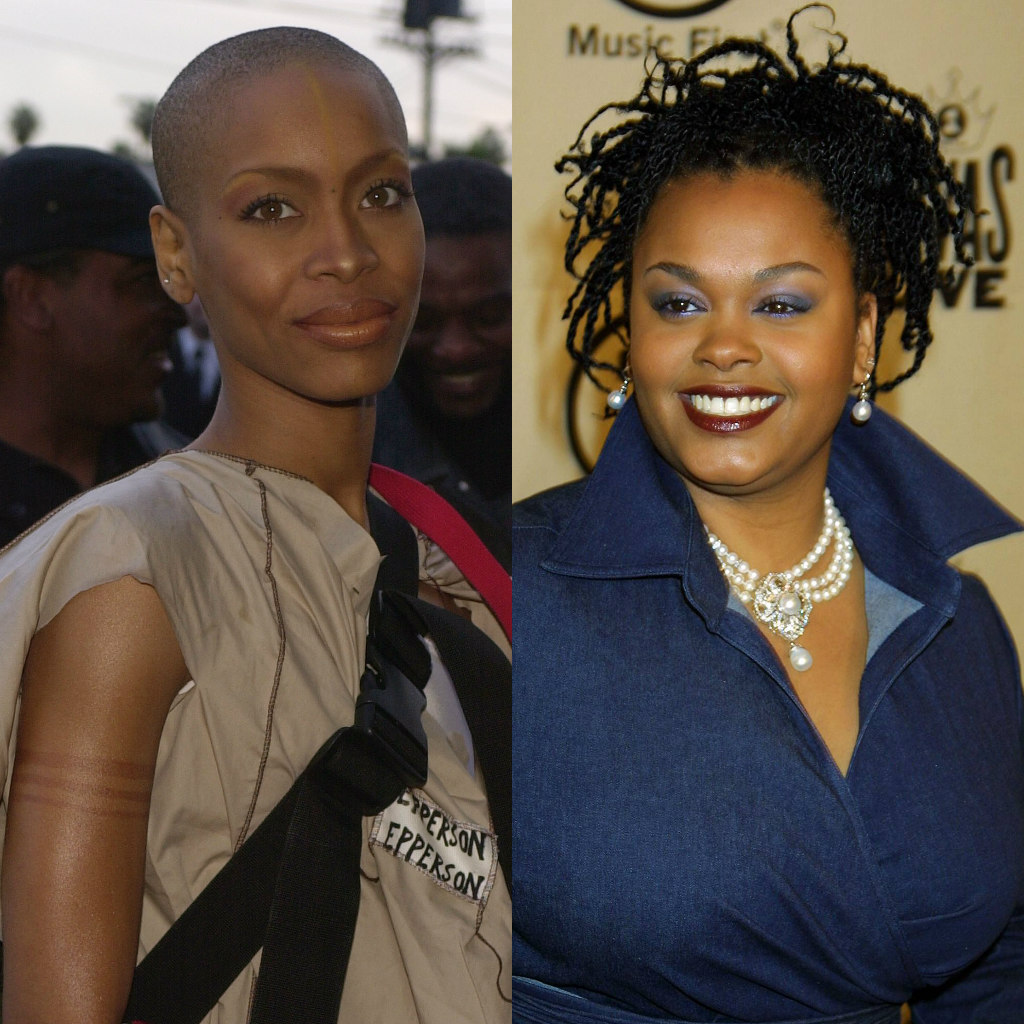 It’s been said time and time again about the heavy number of vocalists Brandy has inspired. From Solange to Britney Spears, everyone found a little bit of themselves in Brandy’s music and style. Fellow icons like Erykah Badu and Jill Scot have sited Brandy’s first album as a blueprint of sorts for their respective debuts. “Brandy’s first album was one of my inspirations when writing Baduizm,” she shared on social media. “I looove that album […] songs i liked were “I Wanna Be Down” and “Always on My Mind”… nice.”

Brandi's first album.
Was one of my inspirations when writting Baduism.

I looove that album

As peers celebrated the singer’s 20 years in the business, Scott noted how she listens to jams like “Sunny Day” and “Always On My Mind.” There’s also the very long list of names like Miguel, Lil Mo, Luke James, Shante Moore, Jordin Sparks, Teyana Taylor, Sevyn Streeter, Elle Varner, Syleena Johnson, Maxwell and many more who have praised her debut album as a major inspiration.