Ariana Grande received a wave of support this week after it was reported she handed to the pink slip to one of her dancers for using the N-word.

Revelist reports that Monday (Sept. 18), choreographer and musician Lady Cultura was seen using “n***a” toward Ozuna, an international reggaeton artist on her Instagram Story. Fans noticed that soon after Cultura used the slur, Grande unfollowed her on social media. 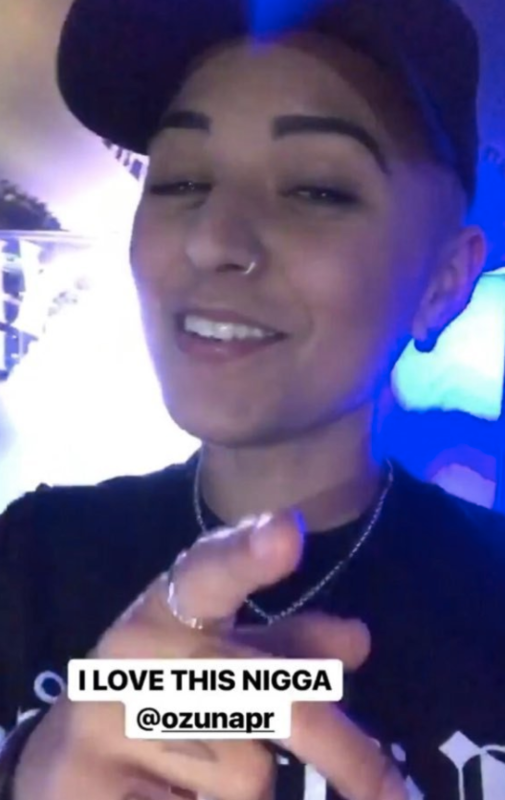 Cultura also distanced herself from Grande and the rest of the singer’s crew on social media. After Australian pop culture site The Pop Hub shared on Twitter that Cultura was fired for the incident, the dancer deleted all her photos on Instagram, leaving a screenshot of the site’s tweet. 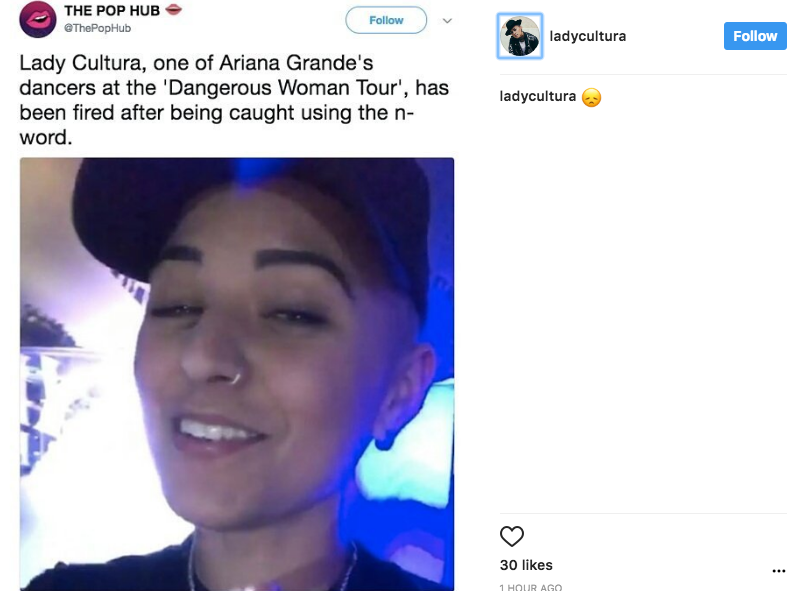 Cultura’s Latin roots have not been mentioned by many outlets. According to the dancer’s bio, she was born to Cuban parents. She’s also tapped into her background in several dance videos. Given Cuba’s African roots, it’s odd to see that this factor wasn’t included in any reports. It also brings up the lingering question about the the Latinx community’s use of the N-word.

Rappers like Fat Joe used the word extensively in their music, with Joe’s roots planted in Cuba and Puerto Rico. While most Latinx men haven’t caught flack for their use of the N-word, Puerto Rican entertainer Jennifer Lopez received a bit of criticism for using the word in her 2001 single “I’m Real (Remix)” with Ja Rule.

VIBE VIVA has reached out to Cultura about the incident. Do you think Cultura’s firing is justified? Let us know in the comments below.

Ariana Grande To Be The First Honorary Citizen Of Manchester