Don’t worry Rob Kardashian, you’re not alone when it comes to struggling with extra pounds. Many women have struggled with weight loss while other have triumphantly transformed their bodies to become slim and trim. Sometimes all it needs is a little encouragement and inspiration.

Flip through to see which women were able to win their battle with their weight. 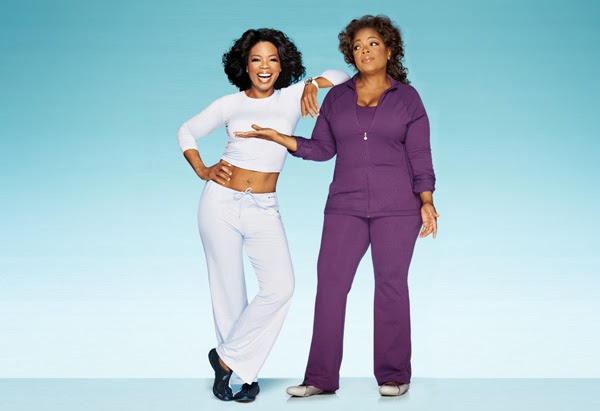 Ever since her emergence onto television in the late 1980s, Oprah has struggled with losing weight. She would often lose weight and gain it and then drop the pounds once again. Most recently in 2012, the big O shared how she shed 25 pounds in six weeks. Since then, the 58-year-old has been able to keep the weight off.

Though she has remained sexy during most of her career, Ms. Jackson’s weight was fluctuating at one point. Fans were in awe when photos would surface of MJ’s lil sis looking wider than usual sporting baggy sweatsuits. In 2012, an ad for Nutrisystem surfaced with Janet sporting a new body that was over 50 pounds lighter and dishing on how Nutrisystem helped her shed the weight. In her book that was released that same year, “True You: A  Journey to Finding and Loving Yourself,” Janet admitted that she was an “emotional eater” and discussed always struggling with her own self image. 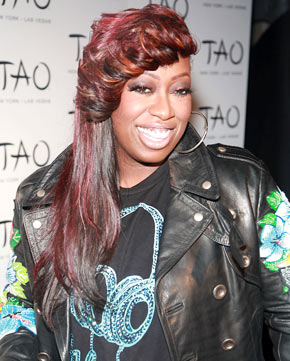 When Missy Elliott emerged with her 2002 Under Construction album, the Supa Dupa Fly femcee was slim and trim sporting a slew of colorful Adidas track suits. It wasn’t until 2011 until Missy talked about the real reasons behind her weight loss. The Virginia native revealed that she had Graves disease, an incurable autoimmune disorder caused by an overactive thyroid. The medication that she was taking caused her to pick up an extra 30 pounds. When she resurfaced in J. Cole’s “Nobody’s Perfect” video, it looked like she was doing fine at keeping the weight off. 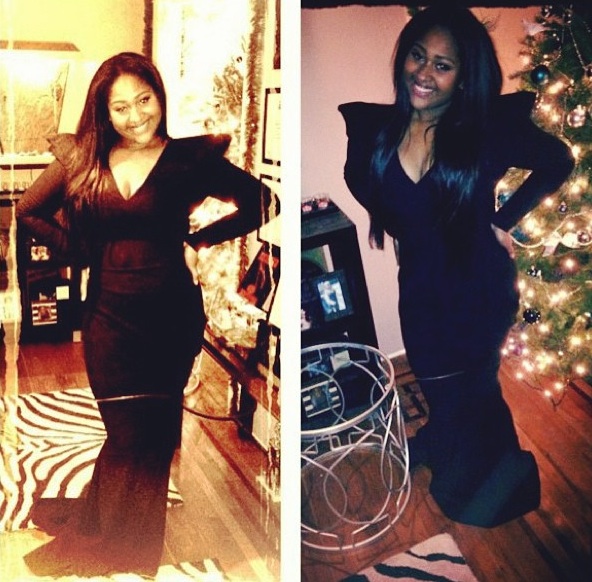 When Jazmine Sullivan popped up on Instagram early last year, it was obvious that while she was on hiatus from music she decided to occupy her time with exercise. The amount of weight the Philly songstress lost is unknown but one thing is for sure, she looked amazing! 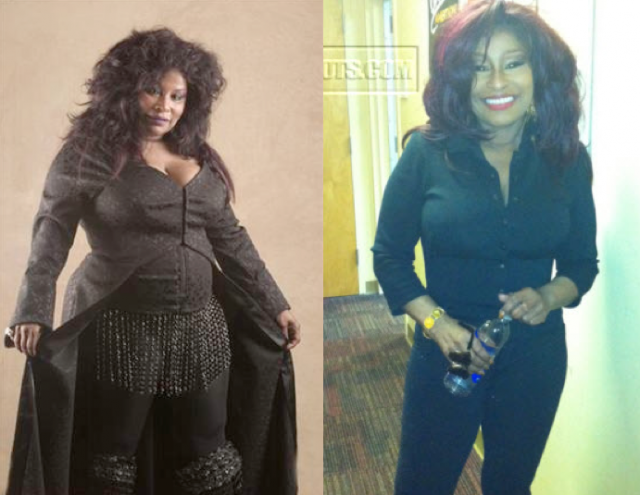 People were amazed when Chaka Khan appeared on the American Idol finale in May of 2012  in a skin tight brown and glittery catsuit that showed off a much slimmer waistline. In an interview with JET magazine she said  “I went on a total liquid diet. Everything I put in my mouth was liquid for a whole year. I did some dance classes and walking, stuff I like to do. I didn’t like to grunt on freaking machines.” This workout plan helped the 40-year-veteran lose a whopping 75 pounds. 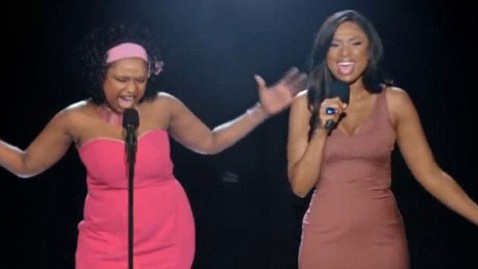 Over a four year period, Dreamgirls star Jennifer Hudson was able to lose 80 pounds with the assistance of Weight Watchers. The American Idol alumna said that her motivation to get fit was the pounds she packed on during her pregnancy. “I didn’t realize it was me. I was like, ‘Who? … Oh, my God, this is me.’ And now when I look back, wow, look at the difference from then to now,” she told the Huffington Post earlier this year. In March of this year, the Chicago native parted ways with Weight Watchers to focus on her career. 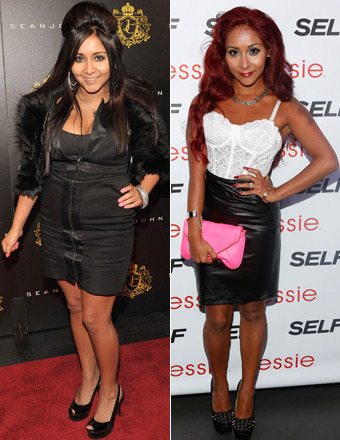 Jersey Shore star Nicole Polizzi aka Snooki has always been curvaceous but after giving birth to her son Lorenzo, the reality star looked to diet and exercise to help her get rid of the 45 pounds she gained while carrying him. The 25-year-old says she now works out five days a week and sticks to her healthy diet.

“I love my vegetables, so I eat veggies everyday — broccoli, asparagus, green beans,” she said. “I also love to eat grilled chicken, and gluten-free chicken wraps. Salads are also my favorite, especially with chicken and protein,” she told ABC News last year. 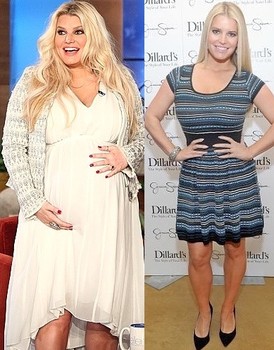 In 2012, Jessica Simpson lost 60 pounds in six months but gained weight again after having another baby. The 33-year-old singer announced in March of this year that she reached her goal weight once again after losing 50 pounds with the help of Weight Watchers, whom she is now a spokesperson for. 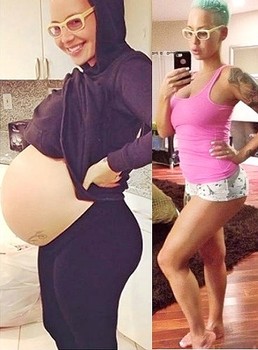 Wiz’s wifey Amber Rose says that she exercised and followed a healthy diet while pregnant, which made it easier for her to slim down to the same size she was before she gave birth to her son, Sebastian. In her caption for the above picture she  posted last year,she wrote:

“I’m almost at my goal weight. Just 7 pounds to go! Absolutely no surgery, just diet & exercise. Most celebs give u false hope when u have a baby (My son was 9 lbs) and in 3 months ur supposed to be skinny again…It’s not realistic in most cases. It takes 6 weeks to heal before u could even work out. Anyway, the moral of the story is losing baby weight the natural way takes longer but it’s much healthier for ur body and helps u stay strong to carry another baby. So don’t put ur life at risk for societies standards of when ur suppose to lose ur pregnancy weight. Take ur time & don’t take the easy way out.” 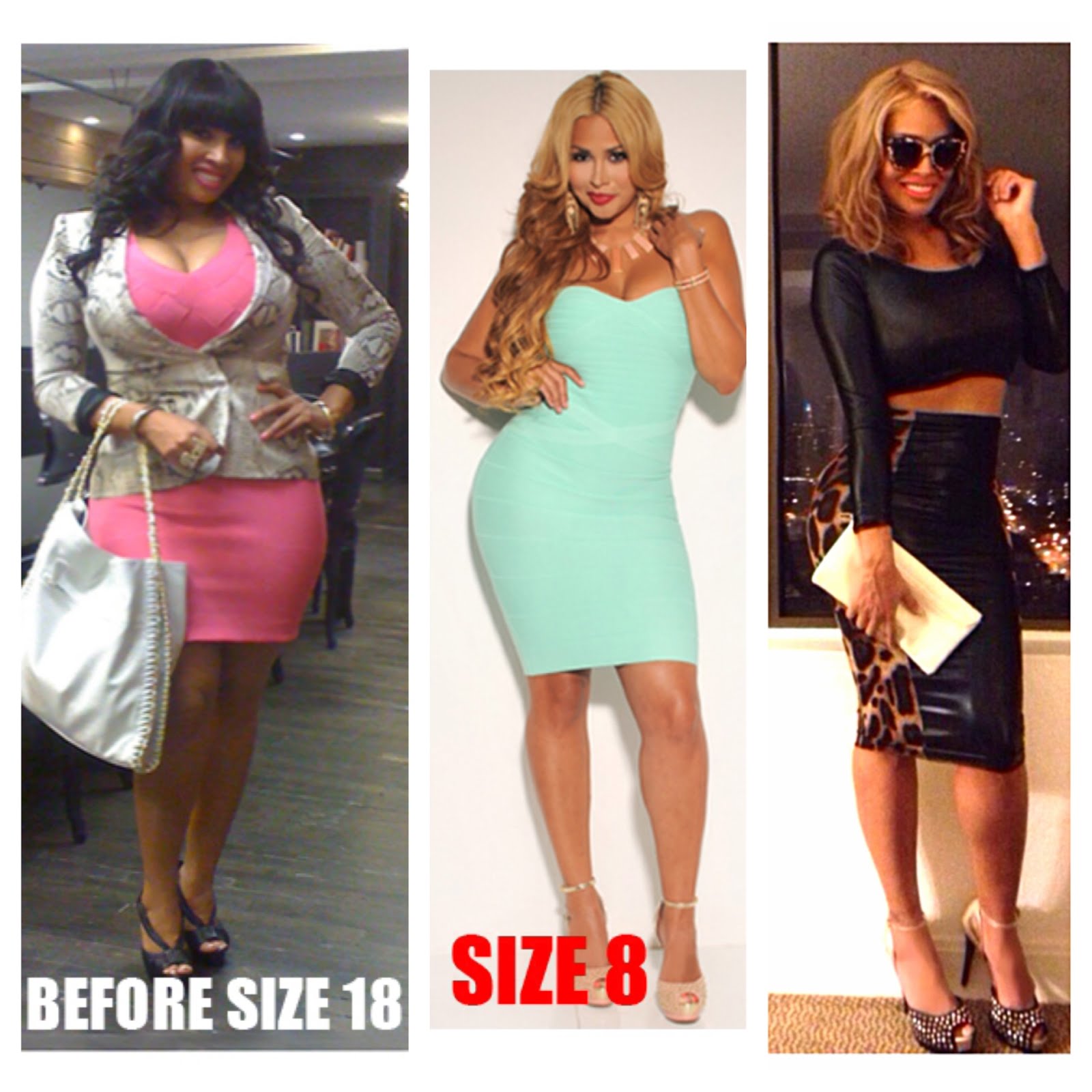 Former Love and Hip Hop cast member Somaya Reece went through a full body transformation when she went from a voluptuous size 18 to a slim and curvy size eight. After her weight loss, she became a fitness advocate and launched her website, Thisfitsme.com, where she offers recipes, tips on how to live a healthy lifestyle and more. She also shares her story of struggling of with multiple eating disorders throughout her life. At one point, Reece says she was starving herself and ended up collapsing on the set of a commercial because of it. After leaving the Love and Hip Hop cast, she says she started working out three to five times a week and eating clean, which helped the L.A. native shed 20 pounds. 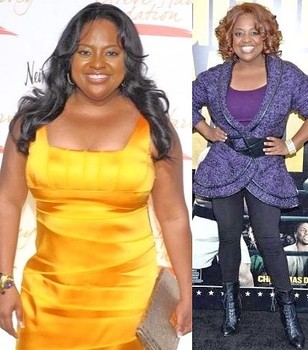 After being diagnosed with Type 2 diabetes, Sherri Shepherd decided to take her health into her own hands and shed pounds to improve her health. The View co-host went on to lose 40 pounds and wrote about it in her book “Plan D: How to Lose Weight and Beat Diabetes (Even If You Don’t Have It).” 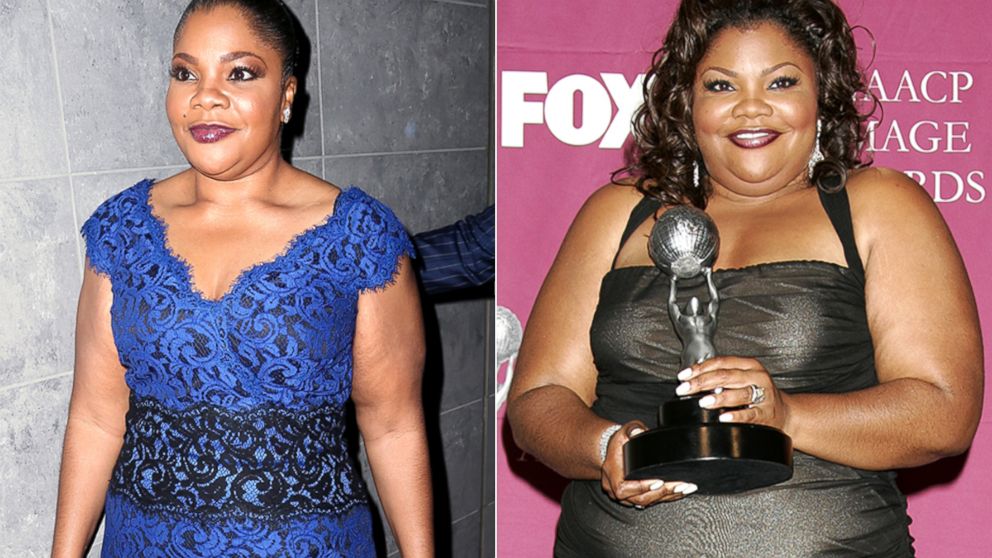 Comedienne Mo’Nique has always been known to embrace her voluptuous plus size figure. She surprised us all when she popped up last year with a brand new slim physique that she once bashed during her stand-up routines. Miss Parker has lost 82 pounds over the course of a few years through diet and exercise, going from 300 pounds to 218.