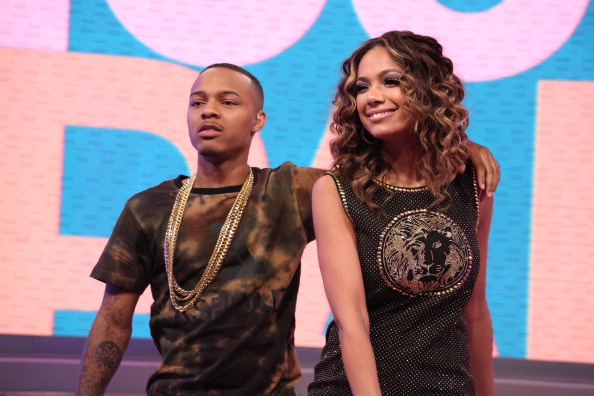 While hacking were releasing nude pics and Bey Z stans were watching the On the Run show on HBO, reality star Erica Mena and 106 & Park host Shad Moss got engaged. When Mena revealed her engagement during her red carpet interview this weekend at the BET Hip Hop Awards it was a shocker, considering the two have only been dating for six months. As the surprise settled in, Twitter spectators put their two cents in. Browse through these 15 tweets of shade and confusion as people reacted to their engagement.

Bow Wow went from Angela Simmons to Erica Mena.. Talk about a downgrade.

Who the hellllll would want to marry erica mena??? Shes psychotic

Bow wow is engaged to Erica Mena? Why don’t I believe that?

Bow wow & Erica Mena been dating for like 2 months. Engaged??….they gone be divorced by Christmas

If Bow Wow and Erica Mena are really engaged, does this mean he’ll be in Love and Hip Hop New York, if they bring it back?

Since When Is A Good Black Man Considered "A F**king Square"?

Eric Mena either really loves Bow Wow or wants to get on 106 & Park. Cause we know it ain’t about the money.

When Bow Wow told us he changed his name to Shad Moss cuz he wanted to get into acting . . . Who knew this negro meant Love and Hip Hop.

Bow wow look like the stress of saving a hoe is wearing him down pic.twitter.com/bGN5Wui4R3

Bow wow a cornball. Just got out of a relationship w/ a video model and now engaged to Erica Mena.