We’ve heard the saying, “rap is a young man’s game” and it’s true—it’s a genre fueled by our cultures youth. But there’s something special to be said about an artist whose words still impact the culture and it’s consumers after twenty years.

It’s true, Nas really is half-man, half-amazing. Whether you were introduced to his lyrical genius as Nasty Nas, Escobar or Nastradamus it’s a general consensus that when you bring up Nasir Jones, his groundbreaking debut album Illmatic will be discussed—as it should be.

Twenty years since it’s release the Queensbridge Don has gone on to become one of the games most respected lyricists and fan favorite of all time. To celebrate Illmatic’s 20th anniversary Nas teamed up with director One9 and writer Erik Parker to create a feature length documentary titled Time Is Illmatic. Which is the only right way pay homage to the album that singlehandedly broke the mold and restored the feeling of east coast rap.

No walk in the park (more so writing names on his hollow tips, plotting), the film journeys through Nas’ hard knock life as a young, black male while curating arguably one of the most succinct, nearly perfect rap albums of all time—making the transition from a young street poet to a visionary MC.

Vixens, click next as we dish on why we’re excited for Time Is Illmatic.

1. Illmatic is a hip-hop classic.

Who do you know that makes arguably, the greatest hip-hop albums of all time at only 20 years old? With it’s debut in 1994, Illmatic mesmerized hip-hop/rap purists from coast to coast with the tough and gritty New York streets Nas was bred from. With only 10 songs the young lyricist hailing from Queensbridge became a leader of hip-hop’s golden age, an honorable title he will forever cherish. 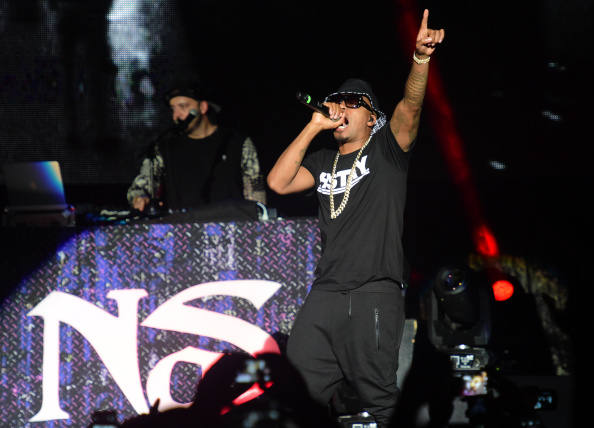 2. They say numbers don’t lie, but for Illmatic they do.

Commercially, Illmatic performed so-so but then again what’s understood doesn’t need to be explained and the streets felt exactly what what Nas was rapping about. 59,000 copies can’t even touch the lifetime credibility he obtained from this cult classic.

Undeniably, the reigning champ of looks when it comes to the plethora of men in the rap/hip-hop industry Nasir absolutely takes the cake. Naysayers shall all be shunned because Mr. Jones is forever our #MCM. We’re definitely here for 74 minutes of this lyricist.

4. Illmatic has influenced many rappers.

The impact of Illmatic was massive and the debut album of Jones’ is still the blueprint many are inspired by from Drake to Kendrick Lamar and most-notably J.Cole. And apparently Nas is well aware of his impact as he confidently expressed on Ether, “I got this locked since 9-1. I am the truest; name a rapper that I ain’t influenced”.

5. Any an all content Nas curates has a real and unifying message.

When it comes to Nas, he always comes correct with a message. Beyond the fame, he is a humble man that understands the insurmountable odds placed against his culture through social conditions and environmental influences but with a single like “I Can” this mans message will never fall upon deaf ears.