Ayesha Curry has been a topic of conversation on social media for sometime, some good and some bad. She seems to keep things very family orientated and private, only deviating from her “good girl” image in the heat of the NBA Finals. In a new interview with Haute Living, the culinary wonder gets into her career and how it felt when Steph and the Warriors lost the NBA championship.

The mother of two started her culinary career by dining with chef Michael Mina and losing a bet. “He invited me to come and cook with him, and we had the best time. We joked that if the Panthers made it to the Super Bowl (my husband and I are from North Carolina, so we’re big Panthers fans), I would come and cook with him again,” says Curry. The Panthers made it and she went back and cooked for him and his guests at a tailgate and it took off from there. Curry has kicked off her entire culinary career without a stitch of formal training.

“Both of my parents worked, so it was my way of helping around the house by making dinner for my family. I fell in love with it. Instead of cartoons, I was the kid who was watching Food Network, falling asleep to Emeril and Rachael Ray.” 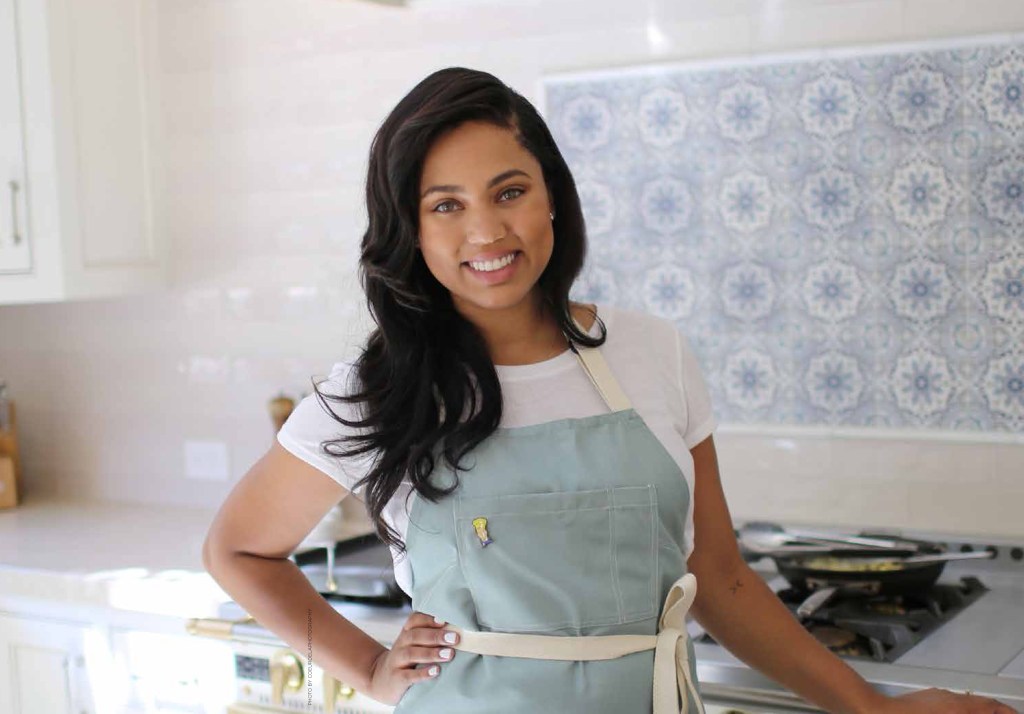 Since then, twenty-something Southern Belle has a line of olive oils, a cookbook titled The Seasoned Life, a pop up restaurant with chef Mina, and a new cooking show on the Food Network. Although the show’s premiere date hasn’t been revealed, her cookbook will be out in September 2016. When discussing how she approaches the ventures that she has, Curry adds that she never wants to come off as too perfect.

“For me, I just do what is true to myself and my brand. I’ve made it a point to be transparent on my social media and in everything that I present. I never want anyone to think that I’m too fluffy or too perfect. It’s not the kind of message I’m sending out.”

As the interview rounds out, she briefly touches on the fact that she is still getting used to the celebrity. When asked about the championship loss and the social media backlash, Ayesha admits she had no idea anyone was paying that much attention. But in true Curry family fashion, she ends with crediting Christianity with how she and her family make it through every thing in life.

Head over to HauteLiving.com to read more.