This year’s South By Southwest (SXSW) festivities kicked off Friday (March 10), but music’s most cutting edge and buzzing artists like Ari Lennox and Salma Slims took over Austin, Texas Tuesday (March 14), with plenty of black girl magic to share. One of the prized owners of such a gift is EvieTheCool, a DJ and creative from Chicago who hopes to inject the thrill of girl power with the presence of her movement, “Babes Only,” at SXSW.

The brainchild of Evie goes back to her hometown. After creating mixes featuring Chi-town’s finest like Noname, Dreezy and Katie Got Bandz under the “Babes Only” mixtapes, the curator dedicated to launch “Babes Only” parties that call for the unity of women while enjoying good music, conversation with fellow working women, art and fashion. ” I started “Babes Only” to help inspire women, but it ended up inspiring me the most,” Evie tells VIBE Vixen. “I’m thankful for it. It’s changed my life [and] my heart is [that] much richer.” 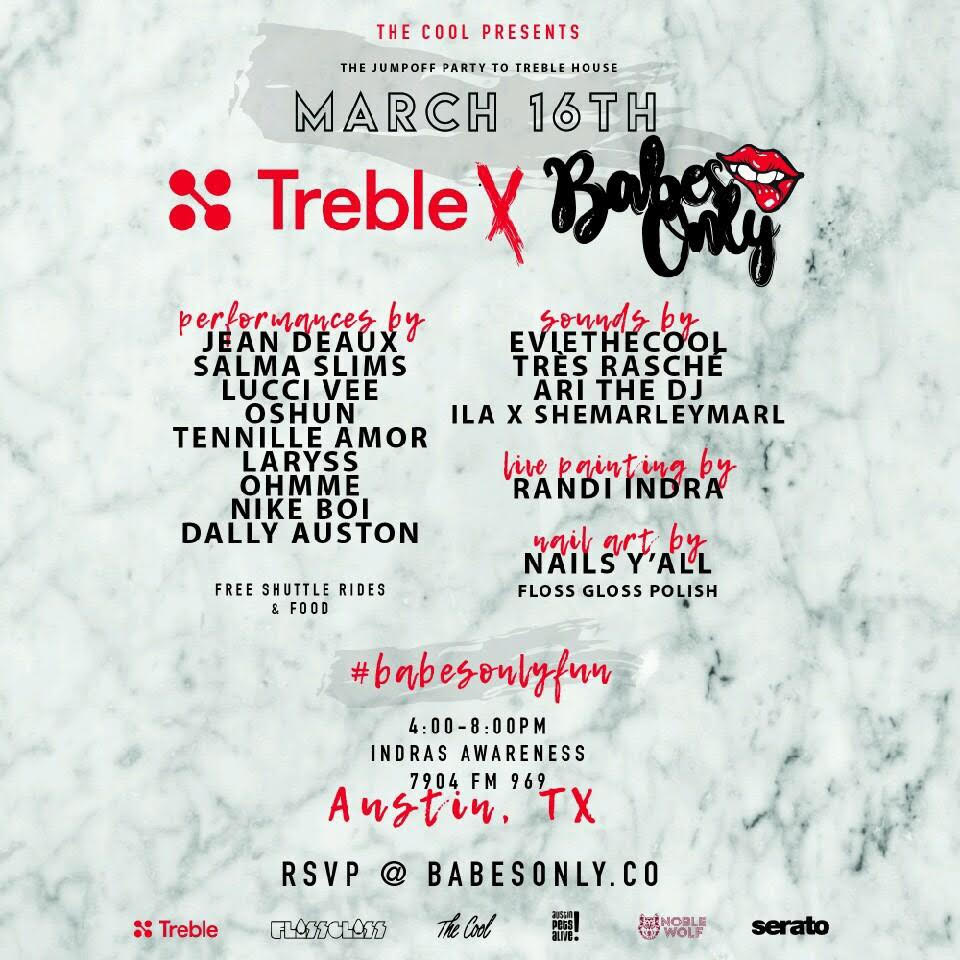 Babes Only’s SXSW debut (March 16) will reflect the themes previously shown in other bashes in New York and Los Angeles, like spot-on nail treatments and live painting demonstrations. Evie shared proceeds from the nail art will go towards Austin’s largest pet shelter, Pets Alive. Her event in Chicago previously provided goods to Chicago Publis Schools. In case you haven’t noticed, the gag with Babes Only is not just about the turn-up, but giving back to people, animals and the planet.

Follow Babes Only here for more updates on their SXSW event and what’s to come from the movement.