The line, “for every bad chick, there’s a man tired of f—king her” couldn’t be more true. Amber Rose and Wiz Khalifa have been a trendy topic as the loved twosome are uncoupling because he allegedly cheated on her with twins. And according to Peter Rosenberg they don’t compare to Amber’s good looks.

“Let me put it this way, if they weren’t twins, no chance Wiz Khalifa hooks up with them, only because there two, because guess what two fives equal, a ten. But they’re two fives, let’s be clear about it.”

If celebrity relationships taught us anything it’s that looks fade quickly and won’t stop the donned most gorgeous women in the world from being cheated on. Amber’s story is one that too many vixen baddies know about and a repeat of what allegedly happened between her and Kanye.

Check out the bad vixen celebs that shouldn’t have but were cheated on.

Her ex husband Eric Benet admitted to misconduct with others while they were married.

Rihanna Still Deciding Who To Bring Along For Super Bowl Gig

Nick Cannon cheated on her throughout their three year relationship.

Her ex husband Tony Parker reportedly cheated on her with another teammate’s wife.

No we’re not feeding into the rumors that Jay Z cheated on her. But her first boyfriend claims he cheated on her. How he could is beyond us and even him now that he sees what he lost.

While Union and Wade contest they were on a break when he conceived his son, TMZ called the couple’s bluff with IG evidence. Either way having a child on Gab is disheartening enough at is.

Her ex husband Ryan Phillipe cheated on her with his co-star.

Ludacris promises he didn’t get his new baby mother pregnant while he was with Eudoxie, but the fact that he actually got another girl pregnant is upsetting enough.

Rick Fox lost her when he cheated.

Her husband may have denied cheating on her but his alleged mistress passed a lie detector test.

She got cheated on not once but twice, the second time was by her ex husband, The Dream.

Her marriage was short lived after she found out her husband, Ocho Cinco, cheated on her.

We can’t keep up with their love story but it’s obvious he’s intertwined his relationship with Rih Rih and Karrueche. 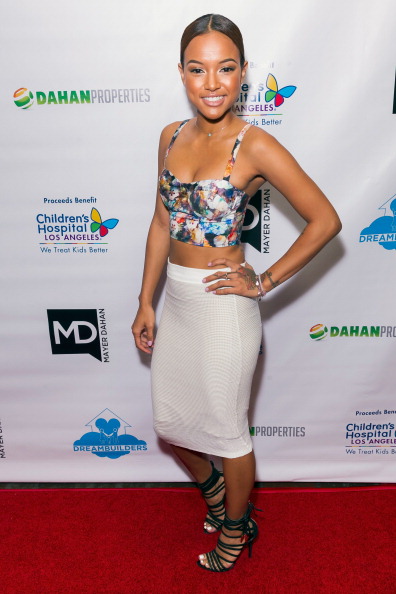 She’s so faithful, we just wish the same could be said for Chris.