There will never be another Joan Rivers. No fashionista will be able to be as witty, stylish, rude, and direct in their approach to fashion and Hollywood. Losing Joan Rivers is still being felt, especially on E!’s Fashion Police. While we love her co-hosts Giuliana Rancic, Kelly Osbourne, and George Kotsiopoulos, the show’s  delivery will never be done in the same crude humor like it was with Ms. Rivers. However as long as there are still celebrities in Hollywood there will always be a need for a show to critic their fashion statements.

Ever since it was announced that the network was trying to fill her spot, rumors about Nene Leakes and Kathy Griffin have been thrown in the mix. But neither—in our opinion—can mesh well or rightfully fill an inkling of the void Joan left behind. Between humor, fashion, and overall likeness, here’s our 12 vixen and mixens that could join E!’s Fashion Police.

She’s hilarious, an impeccable dresser, and can mesh with the group well.

We don’t know what her personality will bring but we’re here for her fashion.

He’s well liked, stylish, and Beyonce’s right hand man. If you add him to the roster, you may get Queen Bey to knock the ratings out the park.

Mother June slays the gods with her rockstar everything! If June is sitting on E!, we’d tune in to support.

She brings a whole new set of viewers to the show plus her fashion accolades qualify her to judge others.

Her bubbly personality and style won’t fill the void but keep us happy enough to accept it.

He’s a lot of fierce and fabulous and his spunk might be exactly what the show needs.

Any women with any fashion sense lived for Carey Bradshaw on Sex and The City, it’s a yes for us to bring on her real life persona. 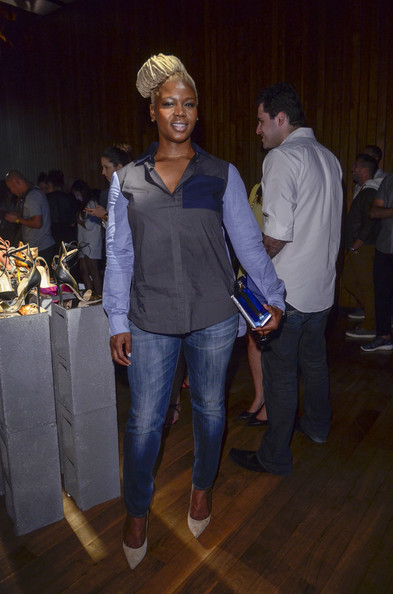 They have yet to add a blogger and Sulmners knows her stuff. Plus her physique and hair add the much need change women desperately want see on TV.

He’s a step above his peers when it comes fashion and his personality is infectious.

She was doing fashion before Rihanna was coined style’s “it” girl. Plus if her lyrics tell anything about her personality, she’s the right amount of kick power, the show needs.

She may be young but she’s very fashion forward. It would be a nice twist to add to the show so it doesn’t feel like they are trying to fill her void but instead adding a new element.

We lived for him on America’s Next Top Model and we’d tune in to see him on Fashion Police.