Scandal is the only show where all your predictions are superseded with a greater twist and turn then you could have imagined. At the end of each episode your mouths wide, eyes pierced, and heart going so fast you think you your having a heart attack. That’s how Shonda Rhimes and the cast leaves it’s viewers. Finally tonight (Oct. 3) we can come out of our scan-pression and suit up in our gladiator uniforms in anticipation for the new season.

With a few hours to go take a look at the predictions we have for each character this season.

This is going to be the hardest season thus far for Olivia but as the show gets better the trials get worse. Many things from her past will come to light now that we know who her father is and the fact that he has a hit out on her head. Oddly enough in order for her to get her life back, she will be forced to listen to her fathers exact words. The fate of Jake’s life, the presidency, and her own life will be at stake. She will try and mend her relationship with her father to expect any change or mercy on her future well being.

Kerry Washington Stars In Netflix's 'The School for Good and Evil'

Fitz will be tested just as much as Olivia is this season. He is going to face lots of obstacles because he is running for another term in which many will be against him. He won’t know who outed him but it will later be revealed the person behind the leak. He will try and be with Liv but she will avoid him per her father’s orders and that will cause new tension between the two. He will also face running for president in a second term but we won’t find out if he wins until the end of the season or season 4.

Harrison is going to be head of Pope and Co., once Olivia’s scandal begins. He’s shown various leadership skills in the past and now it’ll be his time to shine. He will also have to face his past demons this season because as Olivia’s life is exposed so are her colleagues. We will find out about his child, his past crime, and he will get a lover but she won’t last through out the season. This season will determine if we still love Harrison or not.

If you aren’t a fan of Abby, you will be one this season. She’s going to be the most loyalty towards Olivia throughout the entire ordeal. Her past won’t be explored as much because we already know the juicy parts of her past. She will use that to her advantage and be the fixer to help keep everything together when even Harrison is about to fold.

He’s not dead. He will be released by Cyrus. The duo will team up to help out the president and Liv because as much as they aren’t fans of each other  they don’t want anything to happen to either one. Jake will learn that his boss is Olivia’s father and he will feel a need to be her savior because he knows the plans her father will go to kill.

Huck is the most complex character who’s life will get even more complicated. The reason his exit from the B613 program will be explained but he will no longer be safe. There will come a time that he will be told to rejoin and throughout the season we will be left on the edge of our seats on whether he will live, die, or leave to reenlist in the program.

She’s gone off the deep end in this season. They won’t discuss her past because it has already been exposed to viewers in season 2. Now we will learn about her future as Huck’s created killer. She will be defiant this season and we will go through a stage of disliking her based on the crazy decisions she will make.

Photo Credit: I Am Super Gorge

Mellie is going to run for office against her husband now that the affair is out. She told him before that she is better than he is and now she will show him. We won’t see her and Fitz as a couple anymore although she will still remain in the white house. Something in her past will come to light as she runs against her husband that will be another big scandalous shocker of the season.

Like last season our trust in Cyrus is constantly tested. But his love for Fitz and guilt for Olivia will be shown since he will probably be the person who leaked their affair as an order by Rowan. Once the affair is leaked his guilt will sink in and he will focus on trying to save them while saving his own butt from the wrath of defying Rowan. 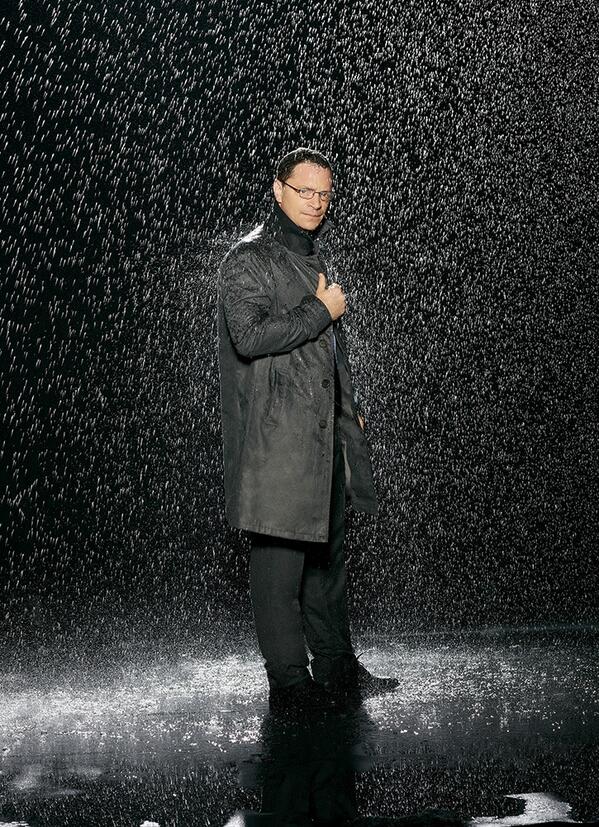 David is going to be loyal to Olivia as well. He’s going to stand by her and become an unofficial gladiator. He will reveal that he’s known about the affair since the beginning and never judged her. We think we’ll see a better side of him just like last season. 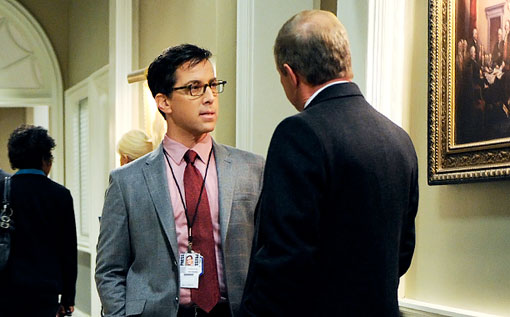 James is the reporter that will stay the reporter. He got the story from an anonymous tip (Cyrus) and leaked it because as always he’s trying to advance his career. His relationship with Cyrus will as always be tested as he tries to raise a baby during the second term elections.

Now that we know who her father is we want answers. We won’t trust his motives at all and unfortunately we won’t know much about his reasoning behind his actions for most of the season. There will be some compassion between him and his daughter, Liv but their relationship won’t be fixed. Rowan will be murdered most likely by Jake which will be one, if the only reason Olivia may be safe.