At this stage in his life Chris Brown has done and seen just about it all.

The bad boy of R&B has had the highs and lows of his life played out in front of the entire world to see, but it’s safe to say the 25-year-old is back and better than ever. Brown stopped by Hot 97’s “Ebro in the Morning” show yesterday (Oct. 31) to talk about everything in his complex world from money to drugs and fame. He even dropped some priceless gems of information, revealing everything he’s gone through in the past seven year since his Earth shattering incident back in 2009.

Today, Chris appears to be one hundred percent content with who he is and moving his life in a positive direction regardless of the shade thrown his way. Keep your head up Breezy.

Vixens, click next to check out 15 things we learned from Chris Brown’s Hot 97 interview.

He’s off the whole Rihanna incident and is done worrying about the past.

“At the end of the day I can eat it. I can wake up in the morning, pull my pants up and not worry about the past and worry about where I need to be going. People are always going to try and make everything about that situation and that’s cool but I’ve moved on.”

He lost out on a lot of money due to his past.

“Out of all my endorsements I probably lost about a good $20 million that I could have possibly made.”

There was indeed a thug Chris Brown era.

“At that time I was all about running up on dudes and when I see you it’s this.” 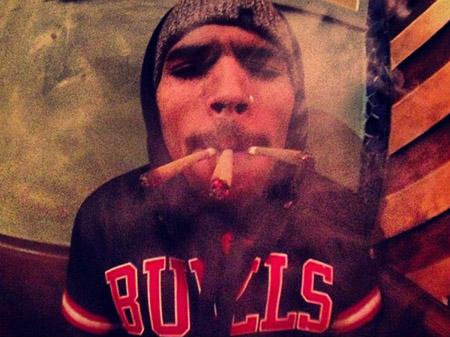 He has dabbled in his fair share of drugs.

“I was on syrup and Xanax at the same time, it’s the “the hood cocktail”. I’m not ashamed to talk about it because the youth is doing it now. It just wasn’t conducive to me. I was falling asleep on video sets, I was cursing people out randomly, I was doing a lot of crazy shit.”

The Drake bottle throwing incident was not a real fight.

Drake’s team reached out to him to make a truce and squash their beef.

“Honestly, his camp had hit up my management and were like we have an opportunity at the Espy’s and we want to do a spoof. I said cool and they were a little hesitant because they didn’t know our temperature between each other. I was just like you know man I ain’t got time to be looking over my shoulder or looking for dudes and be upset. You know, it just doesn’t make me look good at the end of the day. So when they called me I was like let’s just break this whole beef thing and get money and make light of the situation because it just shows growth and maturity and I wanted that to be portrayed.”

He thinks Rihanna only got with Drake to make him mad.

“She’s going to be mad, but in a way I think she did it on purpose. It’s understandable, it’s the game and we’re young. We do that at this age and once we hit our 30’s we’ll be in a more mature stage of life.”

He and Rihanna did try and get back together.

“We were cool. For me, a lot of it was on me trying again to pick up the pieces. I wanted to make sure it was still there, but at the end of the day I wanted to make amends with her and show her I could be the man she wanted me to be.”

He was shocked by Rihanna’s tell-all with Oprah.

“With different teams and how camps move around you see a different story everyday. So you’re like okay I don’t know if that came from their camp or that’s just some bull they’re putting out. So when I saw it I was like okay well cool now she’s showing me that she cares because I didn’t know for awhile. I was like dang she really does care. I was like this is Oprah and she’s on TV talking about it, dang. I was actually moved by it so at the end of the day that’s when I knew we could be friends and talk and it wouldn’t be a barrier of us resenting each other and being away from each other.”

He prefers writing his own music nowadays because he can mentally and physically connect to it more.

“After my second album I started getting more creative as far as writing. Especially after the third album, when I did the Graffiti album and it tanked at that time, and nobody was really messing with me radio wise because of the situation. So when I did “Deuces” and that whole aspect I started writing more and creating my own sound. I tried to verbalize what I was going through and also wanted to be able to have my own perspective on the music I was creating. I will never turn down a dope, hit song that someone brings to me, but it’s always good to have my perspective and my take on it because I’m going to have to perform it and really be in love with the record.”

“I think my demons as of now are being afraid of failure. And then probably just the old issues that come up, but I talk to my therapist and everything else just to know how to deal with it and understand it’s about life moving forward. People make mistakes and grow from them, simple. So I think my only demon is the doubt in myself sometimes but I also think that makes me great at the same time because if I doubt myself I don’t always just think everything I do is going to be the best. It always keeps me on my toes. So I think my only demon is me being afraid of failure.”

A Chris Brown feature will set you back $250k.

“They gotta cut the check. It depends, some people I give the homie price to. The most I charge is 250 and I’ll take some publishing too.”

“Loyal” is the younger generations version of 2Pac’s “All Bout U”.

“It’s catchy. The whole thought process behind it wasn’t me really questioning if they (h*es) were really loyal. It was basically our version of “All Bout U”. The game hasn’t changed, it’s just different players.”Photo Credit: Instagram

He’s scared of marriage but is open to having kids.

“I’m scared of marriage because I’m young right now. That’s the only thing. Kids, yeah I need a little Chris Brown because when I can’t dance anymore I have to teach them something. I’m not rushing, I’m 25. I ain’t rushing.”

He compares his goals in music to his love for basketball.

“It’s almost like basketball season, I just want to increase my stats. I want to get MVP. I want to be the best player in the league. I want to have my own shoe and then after that become coach.”

There is no competition between him and Usher brewing from the Michael Jordan of dance reference.

“He’s got an album to sell so of course he’s going to say that (laughs). Honestly, between me and Ush, our relationship has grown in the past year and a half. He’s a cool individual. I think when everyone does the comparison like who can win in a dance battle, I’m fully confident in my ability. So I will never diss Usher because Usher is Usher, man. You gotta give him his props, but my legs a little more fresher. So it’s like if you make the Jordan reference then I would have to say I’m Iverson when Iverson crossed Jordan. No offense Usher, you’re my bro man but I don’t know. I can’t give in to that.”

His BET Michael Jackson tribute was the most serious he ever took a performance.

“I was always a fan of Michael. It’s like Kobe watching Jordan and then you see Kobe doing a couple of Jordan moves. It was during his death so I was really emotional about it. I took it more seriously than any other performance I’ve ever done. I was looking at the Billy Jean video, the Motown 25 performance, and I was just watching it over and over. I had to get into character. It came out great and I know Mike sent a couple of angels down to help me.” 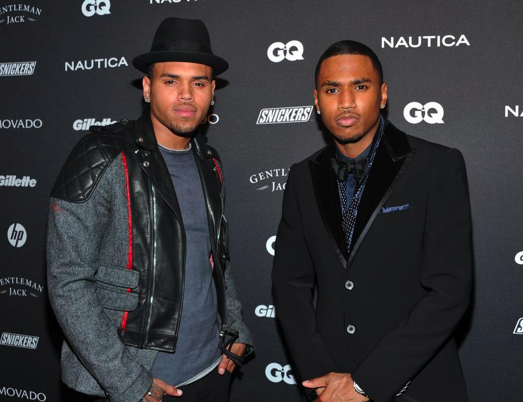 Chris and Trey Songz’ upcoming tour will be the best of both worlds. Side note: Trey will not be dancing.

“Both of us do different dynamics of what we do, but we still do the same singing to the ladies and everything else but it’s two different dynamics. But I want to incorporate Trey in the tour and make sure it’s the best of both worlds; his hits and then I’ll come out with mine and we’ll do segments. Probably a two hour show so both of us can go back and forth and have enough records to perform and have the ladies screaming. See Trey’s my brother, I don’t think he’s going to dance. I don’t think he’s going to pull out any moves. The way I’m trying to set it up is the way we do the stage, he won’t even have to dance. We can just bring a bed out on stage and grab a luck lady. You know, old R. Kelly style.”

He’s optimistic about the future and done succumbing to peer pressure.

“At the end of the day I don’t know what the future holds, but I know what my focus is. I know that I am focused on my music, living my life right, doing the right things, and focusing on this art. But I take situations as they come and how they come. I just know how to handle them differently now because I’m not under the influence of turning up or trying to be something I’m not. Now I don’t have to prove myself. I’m comfortable being a singing, dancing, painting, great guy.”