Orange is the New Black’s rookie roster lends a dose of Dominican flavor to a prison love story that’s so wrong, it has to be right.

She may be holed up in a women’s penitentiary, but no one has a bigger set of balls than Dayanara Diaz. For Dascha Polanco, becoming a fan favorite is inevitable when your scenes include going head-to-head with a feisty mother (Elizabeth Rodriguez), hiding a prohibited pregnancy and engaging in secret sexy time with a hot prison guard (played by the adorable Matt McGorry). Driven by a complicated family history, fierce independence and forbidden romance, this undercover lover is hardly the wallflower of Litchfield.

Like her detained doppelganger, Dascha is all about taking risks. With just a handful of previous acting gigs to her name, she barely made her OITNB audition between working two day jobs. A well-balanced cocktail of grit, talent and Brooklyn boldness eventually landed her the game-changing role. Engaged and already a mother off-screen, the Dominican actress is probably the best person to give her character a bit of you-can-have-it-all advice. Luckily, living an adult life hasn’t diminished the youthful spirit that hits you like a jolt the instant you meet her.

From the time we met at VIBE headquarters until the end of our shoot in her hometown, Polanco never ceased to toss in her two cents or spark debate on any given subject, including the acting dynamic between her and McGorry that strangely mirrors that of their characters’. Carrying infectious energy like a designer clutch, our cover girl played games, posed like a pro and declared her love for Lorde long before the cameras made their final flash. Dascha may be a newbie, but she works it like an old vet.
She’s a BK babe and Latina fashionista; the woman with quiet strength who can’t be ignored. Go ahead—we dare you to try. 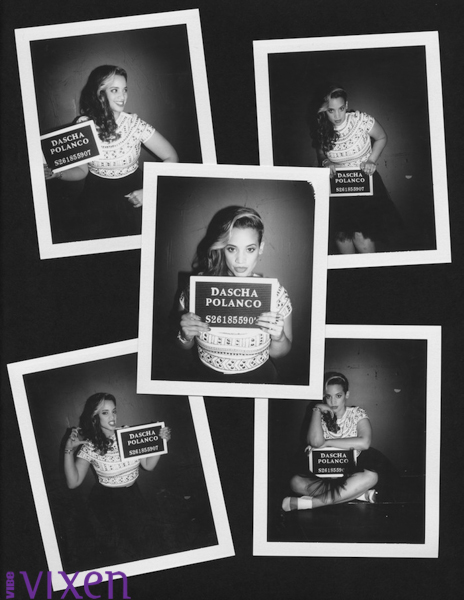 Did you expect such overnight success?
It’s unexpected in the sense that my focus wasn’t on the attention that I was going to get for the show. I’m handling it quite well. It’s so validating that the fans and the public are enjoying my work; that they’re actually letting me know via Twitter, via Instagram and I will never get used to that. So, every time I do receive it, I’m so welcome to it and still in shock.

Were you a fan of social media beforehand?
I’ve had to get used to it. I had Instagram before, but not Twitter because I’m more of a visual person. But, now it’s addicting. I’m on social media everyday- it’s so informative!

You’re one of the newer actors on set. When did you get your start?
I’ve had an interest in acting since third grade, but a couple years ago, my fiancée registered me in an acting studio and I found my manager through that and eventually had the confidence to audition. I believe it was 2010 that that started. 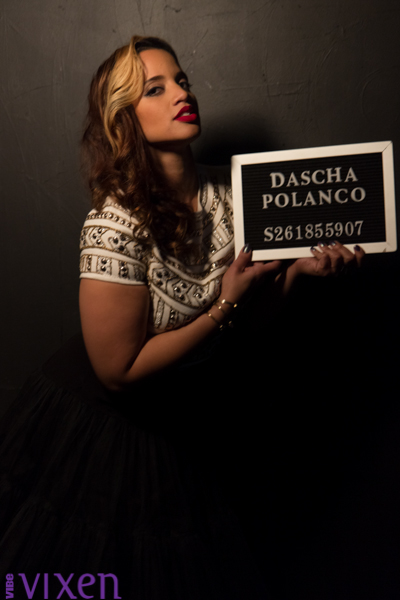 Your acting in general?
No, the courage to actually audition and not be afraid of rejection.

What drew you to this project?
Jenji Kohan, the whole Netflix idea- I was very excited when I heard the concept knowing that a lot of people hadn’t known about it yet. The whole show is so brilliant and makes me proud to be a part of this whole project.

Were you familiar with Piper Kerman before auditioning?
No, I was not. I didn’t read the book until we started shooting and it grew my interest even more. Jenji amazes me. To read this book and then create this branch that grows from it with so many interesting issues. [Piper] does visit set a lot. I was excited because I thought, “Wow, I met an actual author! (laughs)” For her to be involved gives it so much life because usually when people make movies or shows based on stories, I rarely see this happen and then they end up moving away from the actual facts. She brings truth to the set. 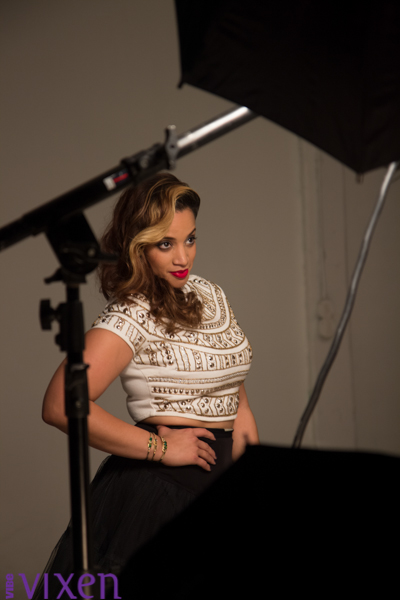 Did not knowing the memoir make your audition difficult?
When I auditioned, I didn’t know the storyline. All I knew was that she was talking to her own mother in prison. What connects me and Daya together is no matter the struggle or what she’s been through, she can’t hold grudges and she really loves and wants to forgive and forget.

The fans love Daya and Bennett’s secret love affair. If you could write it, what would happen to them next?
We have to look at both aspects—realistically and in our romanticism and fantasies. I would like for them both to be able to somehow—and this sounds so wrong—infiltrate the system so that he could take care of the baby while she does her time in jail. If you look at it outside the concept of jail and how forbidden love happens today—I want the same thing to happen for Daya and Bennett. Fight through all the circumstances and if it’s really true love, then at the end, they will eventually get to share those moments.

Is Matt McGorry as sweet as his character?
Matt is such a humble individual and so genuine. We always tell each other, we’re so thankful that this journey that we’ve begun- we’re lucky to have it with one another. When we’re working together, the chemistry that people see, is us supporting each other as Dascha and Matt. I am very thankful to have him. 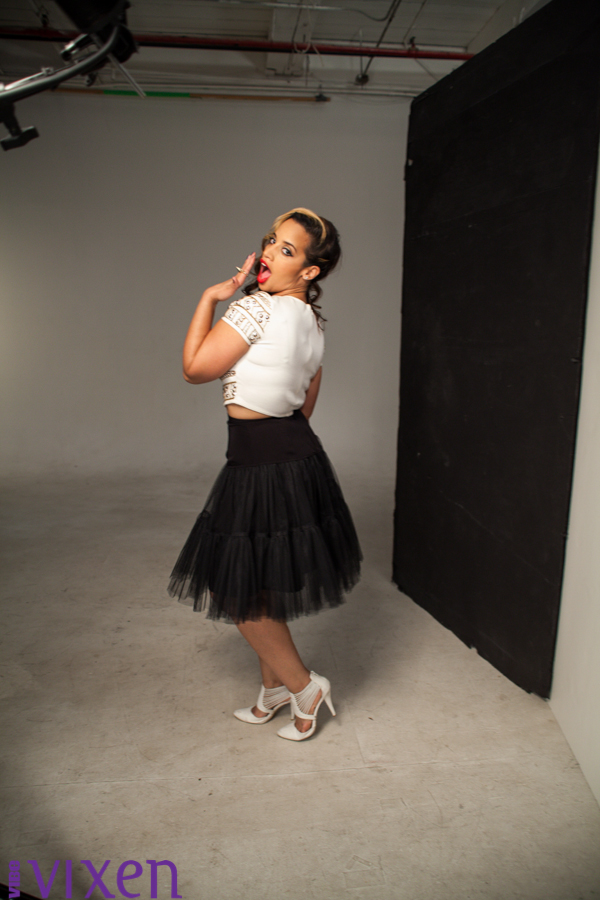 What’s your strategy for acting with people you’re not supposed to be so in love with, like Aleida and Mendez?
As actors, we all have our methods when preparing for a role. One of the things I’ve trained myself to do is to have a collage or a journal of my character and I create the emotions that somebody would have through that. So, when I’m going in to deal with my mother, I have to train myself and prep by reading this journal. So, when you’re working with talented individuals like Elizabeth [Rodriguez] and Pablo [Scheider], it becomes easy to react because the chemistry is there. They’re always giving me energy. Luckily, we sort of just mesh so I can think “I can’t stand my mother” or “I hate his pornstache and I hate him (laughs).”

Who is your favorite OITNB character?
Crazy Eyes. Uzo [Aduba] is amazing. I hang out with her, so I know her personally and she blows me away. But, I wouldn’t want to play her character. I would play Daya again because everyone just sort of hits their characters on the spot.

It’s clear all of you get along. What are you doing off set?
Normal stuff like girl talk or shopping. If we’re not feeling well, we take care of each other. It’s such a great bond that sometimes you question whether any of it is bullshit, but it’s actually not. The love off set is so real. We share many moments. I have no favorites. We all have leveled out relationships so everyone is just with everyone. 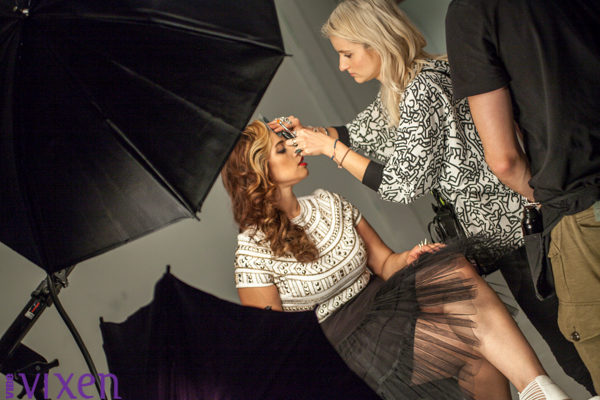 Awards season is just around the corner. What are your predictions for OITNB?

I am going to tell you something. I’m the type of person that doesn’t like to talk about it because I want it to happen. But, I feel so good about this and I’m so proud that even if it doesn’t happen, it’s whatever. I want us to win Emmy’s. We’re going to take them all. Let Breaking Bad and all those other shows enjoy it now because next year we’re going big. We deserve as many awards as they can categorize us in. And I’m not just talking; the fans are talking.

And what can you tell us about season 2?
Can you tell me? We haven’t gotten all of the scripts yet because we’re still sort of wrapping things up with season 1. I’m with the fans on that.