From scoring Super Bowl touchdowns to raising his own mini-football team of ten kids, Deion Sanders has always been a man that is up for a challenge.

Sanders and his team are returning to OWN for a second season of Deion’s Family Playbook after becoming the highest rated freshman docu-series in OWN history. In this new season we watch as family moves from North Dallas to South Dallas a.k.a “chocolate city” where they endure all the drama and love that every family has.

Vixens, mark your calendars as Deion’s Family Playbook returns with all-new epsiodes on Saturday, November 1 at 9 p.m. ET/PT. Click next to check out our Vixen Chat we had with Mr. Sanders.

VIBE Vixen: You are clearly a very successful man with a very busy schedule so why a season two of Family Playbook?

Deion Sanders: I believe I’m filling a void of black men who are fathers on TV, the representation is slim to none. What can we (as African Americans) watch on TV where we are being represented in a positive light? When I was growing up there was The Jefferson’s and Good Times, now my kids are watching Love & Hip Hop and all this other nonsense. Even after the family drama I’ve endured I wanted to come back and be able to represent my people in an uplifting way. Sure, we’ve got drama but who doesn’t? I’m not perfect but I am a present single, black father with custody of my kids and I think it’s important to show people that.

In this new season your family moves from the more prominent side of town to South Dallas a.k.a. “chocolate factory”. What was the reasoning behind that?

I honestly moved because I got an offer I couldn’t refuse. I live on 120 acres of land and the people that bought me out are going to do some amazing things to some of the property. As well, its nearly an hour and a half drive going from school and back and it was really tough on the kids, Tracey, and myself. With the move to South Dallas we’re now in a more urban, if you will, environment. Basically there’s more black folks around a.k.a. “the chocolate factory”. Up until now the kids were used to going to school with Amber and Jane but now it’s Shenaynay (laughs). It’s good for them to be exposed to different environments though. You want your kids to be tough mentally and spiritually, which I think this move has done. But at the same time you need a balance because you want them to have what you didn’t growing up. Tracey and I are trying to provide for them in the best way possible.

VV: Have you seen Blackish? The scenario you just mentioned kind of reminds me what the Johnson’s are trying to achieve with their children regarding the whole idea of balance.

DS: I love the concept of the show. Anthony Anderson is a good friend of mine and I love that we are seeing more and more African American families on TV for the right reasons. I can understand your comparison but at the end of the day my family can’t be compared, we’re like no other.

What sets you apart from other families with a similar audience and story line like “T.I. & Tiny’s Family Hustle” for instance?

This is real (Family Playbook). This is genuine. I’m where I want to be and life is really good. I’m not trying to go anywhere else and use this as a platform to launch anything else with my brand. I’m straight. I think that’s the only difference, but T.I.’s show is great.

Has being on TV been a tough transition for your kids?

My kids want checks. They love checks. They are cool with being on TV and don’t struggle with it because they know it’s a responsibility to their name and actions.

With raising a house full of ten kids how do you and Tracey cope and maintain a strong relationship?

Time is definitely a problem. It’s not easy on our relationship since she’s now preparing for her first TV hosting gig in L.A. but we make do. She’s an amazing woman. 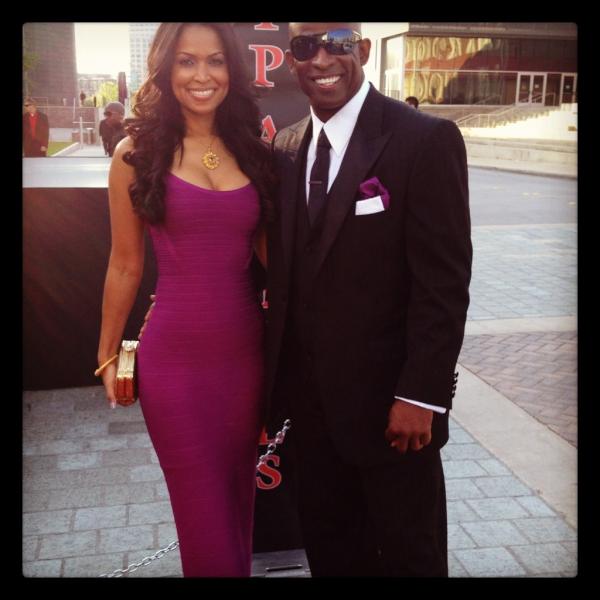 VV: We’re you skeptical about giving love another shot after everything you’ve gone through?

DS: Yes and no. I realized that love finds you in the most unexpected time. Ladies, if that right man hasn’t come along just yet don’t give up, hold on.

Do you have any expectations of the show this season?

I don’t have anything numbers wise. We just want a brand people can turn on as a family. At the beginning of the show we start with a problem and by the end of the show we have come to a solution so it’s all about working as a team. I think it makes for great family bonding and TV.

You’ve been in the industry for decades and have acquired a star studded list of celebrity friends. Will there be any special guest appearances?

My longtime friend Snoop Dogg will be on the show. My son is into music and has started to produce beats so I asked Snoop to check him out and see if he’s any good. Apparently he is because Dogg ended up buying three.

With ten kids we’re sure you’ve learned a lot but what is the greatest lesson your kids have taught you?

Patience and understanding. I have that “even though” love for them. You know, “even though” you screwed but I still love you. I’m a very inside the lines and play if safe kind of guy, but they have taught me to step outside of the box and live a little.