In this day and age, getting plastic surgery is no longer anything to be ashamed of. Everyone has a few things about themselves they wish they could change, but not everyone takes the steps to alter those imperfections  permanently. Dr. Alessi of the Alessi Institutes and Face Forward Foundation thoroughly informed us exactly what is going on in the world of plastic surgery, from to current trends that are being requested, to the precautions that should be taken before considering making physical adjustments.

Vibe Vixen: Dr. Alessi, can you walk us through your day-to-day as a plastic surgeon?

Dr. Alessi: I’m an official plastic surgeon. I do Rhinoplasty, facelifts, obviously the non-surgical things such as injectables and fillers and things like that.

VV: What procedures are popular and trending in plastic surgery right now?

Things that are trending nowadays is adding volume back, because as somebody ages, not only does their skin sag, but they actually lose volume. So, the best example is to think of a 90-year-old lady, kind looks like a skeleton, so we do a lot of things where we add volume back. What we do is basically coach the patient in the terms of what they really need. Since we do injections as well as fat transfers as well as surgery, we can give what the patient needs. The common trend, and I thinks it is kind of unfortunate, is that there is a philosophy with some doctors that if you have a crinkly balloon and you inflate it enough the balloon and melt it, it will get rid of all the crinkles.  What some doctors who only do injectables do is, put so much injectables into somebody’s face, they come out looking like these massive balloon heads, and it looks horrible. So the whole idea is to add fillers back, but not to destruct the face while you’re doing that.

VV: Can you give us an example of someone whose fillers have gone wrong?

DA: A classic example is Donatella Versace. She has horrible lips and she has too much filler in her cheeks, and it has actually made her folds look worse instead of pushing the whole face down. And the interesting thing is that it’s pretty popular. Adding volume back is okay as long as it’s done judiciously.

VV: Another type of fat transfer that has become really popular is the Brazilian butt lift. Can you explain what the procedure entails?

DA: A Brazilian butt lift is where fat is taken from some places with liposuction and then transferred to another place. Other common places for fat to be injected is either going to be the breasts or the buttocks, but lot of people who come in bring photos of the Brazilian models. Everyone wants to have those Brazilian bubble butts.

VV: Which celebrity’s picture is most requested in the butt category?

DA: You would think, because she is famous for her bottom, Kim Kardashian, would be most peoples choice but actually very few people come in wanting to have her butt. I get a lot of Justin Timberlake’s wife, I can’t think of her name.

DA: Yeah, Jessica Biel. People will bring in people who I don’t know who they are, but basically want the a backside mimicking Brazilian models. Instead of wide hips and a big butt, they have thinner hips and a bubble butt.

DA: Yes. Many  people want the thin waist, and some people are doing rib binding, where actually sometimes they’ll take out one of the ribs to make their waist look thinner. Or they’ll do the binding where it basically gradually compresses the rib cage. So the rib cage is curved inwards, which I don’t think is a healthy trend because it’s pushing the diaphragm as well as the stomach content into the chest cavity, which could result to hernias and other really disastrous problems. It’s not something we would encourage, but you can still have a nice thin waste with liposuction if you need to. Liposuction is meant for somebody who is in a good physical state; a lot of people use it as a form of weight control, but that is actually not what it is designed for. The classic example would be a woman who works out, watches her weight, but still has large saddle bags, and no matter how much weight she would lose the saddle bags would still be there. That’s a perfect candidate for a liposuction procedure. 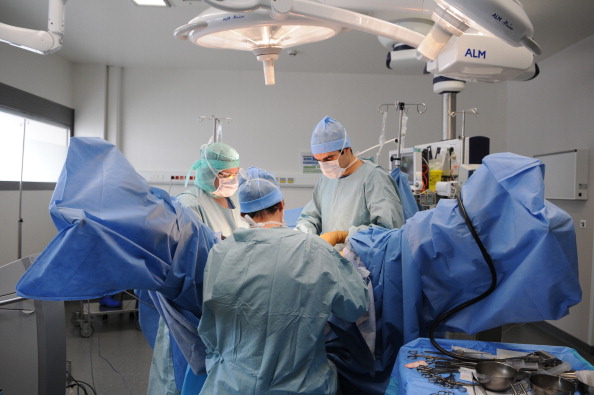 VV: What are some things people should research before they decide to come to you for a procedure?

DA: First of all, they need to research the doctor and make sure they are board certified. And then, make sure they get references from them and get before and after pictures to get a good feel for the doctor, and talk to a couple of other people to make sure they’re in the ball park. Number two is that, bringing in pictures as a platform to us is o.k. I think the things that scare us as plastic surgeons are patients that come in and say, “I want to look just like her”. People who try to transform themselves to look like Michael Jackson and stuff like that.  Those patients are problem patients and are potentially plastic surgery addicts. Ethically we have to stay away from those patients if we can. If you look at pictures just to get an idea of how to formulate or form an opinion as to what you really want to have done, then talk to a surgeon and we can discuss what is logical and what’s not logical just to be realistic. Also, especially for facial procedures, it’s good to always have imaging done to know what you’ll look like with the procedure.

VV: What are some of the most popular celebrity-inspired procedures your patients ask for?

DA: Getting back to celebrities for lips, you would think a lot of people would want to have Angelina Jolie’s lips, but actually it’s not that common. The most requested lips we get, is people brining in pictures of Scarlett Johansson. People who are requesting nose surgery say they want to have a nose like Kate Middleton. The most common breasts would be Selma Hayek. For cheekbones, a lot of people want Kerry Washington’s.

VV: What do you usually tell your patients who are unsure about undergoing procedures ?

DA: First of all, you’re having surgery done so there are associated risks with that. Basically be informed of what your realistic expectations are. That is actually what the surgeon does for most of the visit, is actually giving the patient what their realistic expectations should be in the terms of any procedure that is done. Number two; ask if there are any non-invasive options they can go to. For anti-aging, in terms of fillers, even cheek and chin implants you can do non-invasive procedures initially to see if you actually like it. For example, if someone comes in and says they want Kerry Washington’s cheek bones, but “I’m not really sure if I’m going to like it or not”. So what you do it, you put in a filler that will last you about a year and if the patient likes it, then the can come back and have something more permanent done.