“I think all of our mottos are ‘kiss my ass,’” says rapper Siya about her Sisterhood of Hip Hop cast. “We have a lot of kiss my ass moments.”

Thanks to their reality show, which premiered on Oxygen earlier this month, we all get to sit back and watch these moments unfold as they try to navigate their way to the top of the male dominated rap game. Sisterhood follows five femcees—Queens native Nyemiah Supreme, Diamond (formerly of Crime Mob), Pharrell’s protege Bia, openly gay rapper Siya and Rick Ross’ mentee Brianna Perry—as they face sacrifices and setbacks along the bumpy road to success while also trying to maintain relationships.

Though all of the rapstresses are tough in their own right, they have a softer side and during their visit to VIBE Vixen we got a glimpse of it. During our sit down, things got personal as we talked about their most rebellious moments, biggest heartbreaks and more. Then, we brought out the ropes for a little fun.

Check the ladies out on Sisterhood of Hip Hop Tuesdays at 9pm only on Oxygen.

The last song (s) they heard

Siya: SZA – “Sweet November,” Tank – “Hope This Makes You Love Me,” her single “One Hunnid”

Diamond: I’ve been studying live bands and live performances. That’s what I’m into right now. Just gearing up for my show and stuff. I saw the James Brown movie and I’ve been studying him, his dances, his moves and how passionate he is about just being a performer to the way he dressed. I love Elle Goulding and “Don’t Wake Me Up” by Avicii. I’m on some EDM shit. 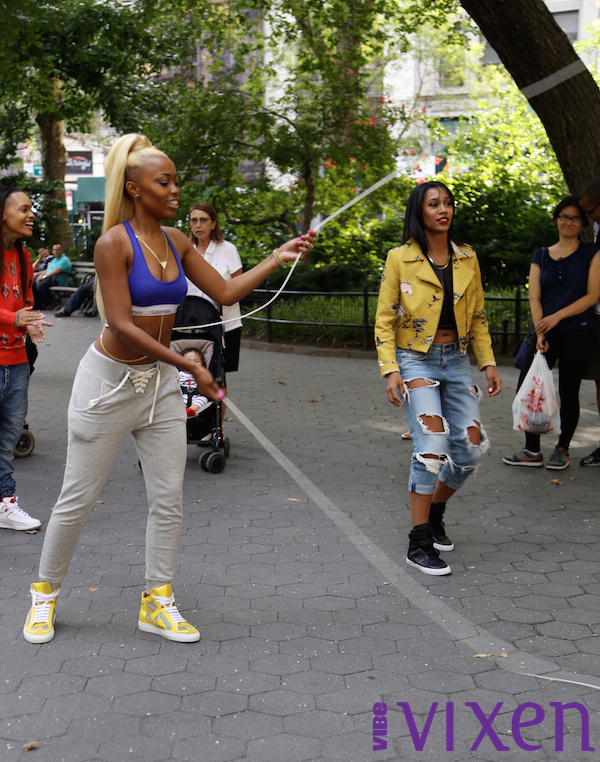 If my sex life were a song it would be…

Diamond: Xscape, “You’re My Little Secret” or R. Kelly feat. Ron Isley “Keep it On the Down Low”

Bia: Pharrell’s “Happy.” I’m not saying I would have sex to it. That’s just how I feel! (laughs)

Brianna Perry: Mine would be on my debut album that is coming out (laughs). Stay tuned for it!

Siya: I left home when I was 15. That was probably my most rebellious moment. I was really defiant and upset at everybody in the world because I didn’t have parents.

Nyemiah Supreme: I think my whole career has been rebellious. I don’t listen to people. My mother always says, “You don’t listen!” I think me not listening has gotten me so much further in life than when you listen to what people try to dictate to you about what they want you to do. When I initially came out I had a tomboy type of thing and it’s not the typical tight jeans up my ass or whatever. I really wanted to be known for rapping and not what I look like. people were like, “Why do you dress like that?” or  “Why you not showing off your ass?” I was like I don’t want to. I don’t wanna be known for my ass. I wanna be known for rapping.

Bia: The first video I put out onto the internet was for a song called “High.” It was the video Pharrell signed me off of and found me from. At that point in time there were no girls making music like that. It was around the Wiz Khalifa era. I was just in a limo with my best friend smoking hella weed and just riding around the hood. It got a ton of views and I wasn’t expecting it to be such a huge video because everybody was like, “Oh my god, why is that pretty girl smoking in the video? That’s not cool. You’re not supposed to smoke. You’re a girl.” But its like we’re in 2014. People do whatever they wanna do, you know?

Brianna Perry: One day my uncle said please do not get on the motorcycle. As soon as he went in the house I was like “Say I won’t get on that motorcycle.” I get on the motorcycle , and I had never been on a motorcycle before. I put my leg right on the pipe. I heard [my leg] sizzling when it burned me. So all my cousins snuck me in the house and kept me in the bathroom for a hour or two hours. They didn’t even know what to do because we didn’t want to tell anybody what happened. I really shouldn’t have got on that (laughs). I did it for no reason!

Diamond: When I was 15 we shot the “Knuck If You Buck” video and the same day we performed at this event called Birthday Bash in Atlanta. My little tail took myself to get my belly button pierced. My mom did not want me to get it because I was only 15 and she told me I had to wait until I was 16.  So we did so great that we made the front of the paper. My mom worked for City Hall and City Hall is right around the corner from Atlanta Journal-Constitution and of course she got the paper. When she got home she lifted my shirt up and she saw it and was sooo upset but it was something that I wanted. I was rebellious. I was like, “I’m a rapper now and I wanna get my belly button pierced.” I thought she was going to make me take it out but she didn’t. 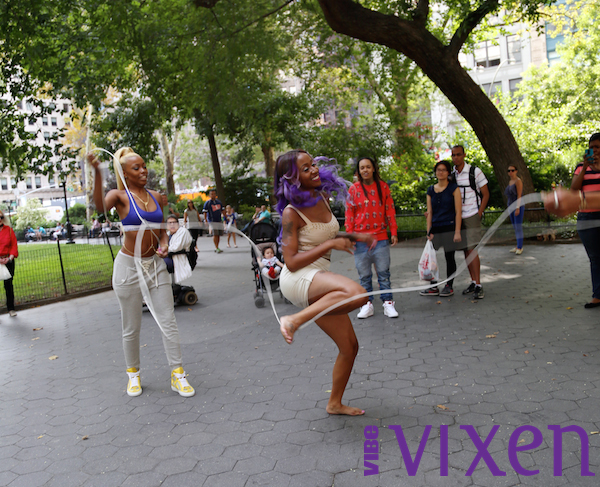 Nyemiah Supreme: I choreograph. It’s one of those things that I really love to do. I still get hired. People will call me like, “Can you come make up a dance?” Don’t ya’ll think I have something to do? (laughs). I still go do it though because I love it.

Siya: I can draw. When I was locked up I used to draw cards and shit for other inmates and that’s how I would hustle my little commissary money when nobody was putting shit on my books (laughs).

Bia: I can sing just as good as I can rap if not better.

Brianna Perry: I write poetry. I got placed nationally for an oratorical contest when  was younger. I used to compete. 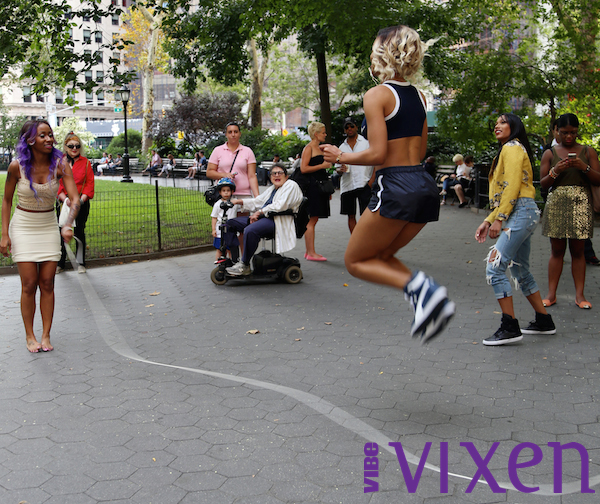 Brianna Perry: I played the clarinet for a few years. I didn’t want to play that instrument though. I wanted to play another one.

Siya: I used to play in a jazz band all through school.  [I played the] drums. That’s why I‘m always beating on shit. My grandmother used to take whatever I was beating with and smack me with it and tell me, “Stop banging on my goddamn table!” (laughs).

Diamond: I’ve played every sport accept football. Softball, cheerleading, drill team (marching band). One of first sacrifices was the day we shot the video for “Knuck If You Buck” was the same day of Battle of the Bands which was a competition with all the schools in Atlanta. I had to make a choice, either got to Battle of the Bands with the drill team or go shoot the video and have a career.

Nyemiah Supreme: I used to do ballet. I studied at the Dance Theater of Harlem. Every day after school I would take the train to Harlem and do two hour intensive ballet classes.

Bia: I used to write for boys that used to battle rap but nobody knew. I used to do it on the internet. I would write for boys and then send it to them through AIM. I wasn’t rapping back then. 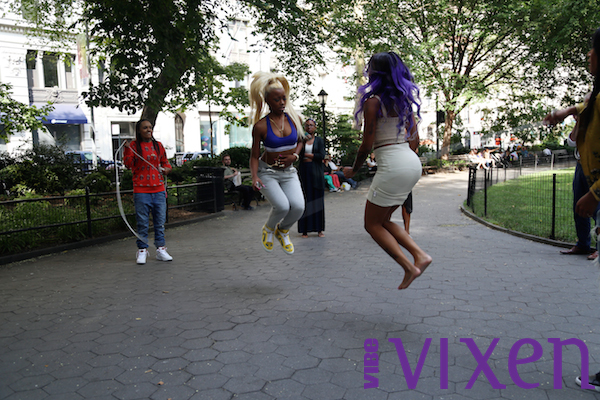 Diamond: My dad was my first heartbreak. He disappointed me. I was in a cheerleading competition and it really meant a lot for him to be there. He told me he was coming and he didn’t come. That really crushed me because that was really big.

Brianna Perry: My first heartbreak happened here in New York City. It was during the time that I was signed to Missy and we had a meeting with Nickelodeon. It was this new show and we were so excited and it fell through. I had worked so hard. I was practicing and everything I was so excited.

Nyemiah Supreme: I was in 6th grade and they were doing a dance audition to go to this exclusive school and I didn’t get it. I just cried and cried and cried. I was so disappointed with not getting what I wanted to get .

Bia: Like a year and a half ago I was trying to get signed to a label. I had already had my situation with Pharrell but I hadn’t signed a production deal yet. I was shopping my music around to different labels and I had one that was like, oh yea they really want you. I had like three meetings with them and then they did some type of change in the company. So the person who was the CEO ended up changing and the deal just disappeared. I was living off of peanut butter and jelly sandwiches and Pharrell had no idea what I was going through because I had too much pride to ask him for help. But those are the experiences that make you so when you get that real situation you’re already humbled for it and you deserve it full force.

Siya: I think my biggest heartbreak was when my dad took me from my mother because she was on drugs. That’s when I ended up living with my grandmother. Ever since then I had a really bad fear of being taken away from someone I loved or someone leaving me.

Check out more images from their double dutch session. 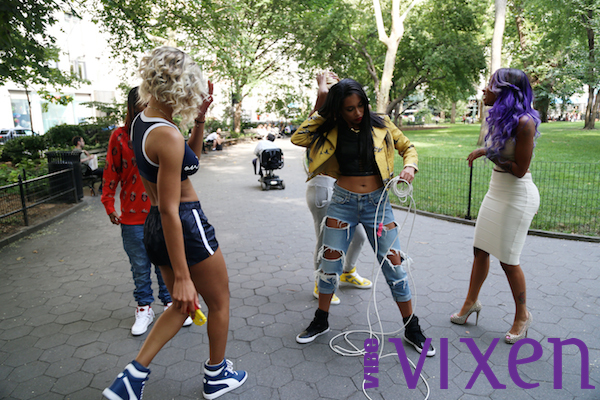 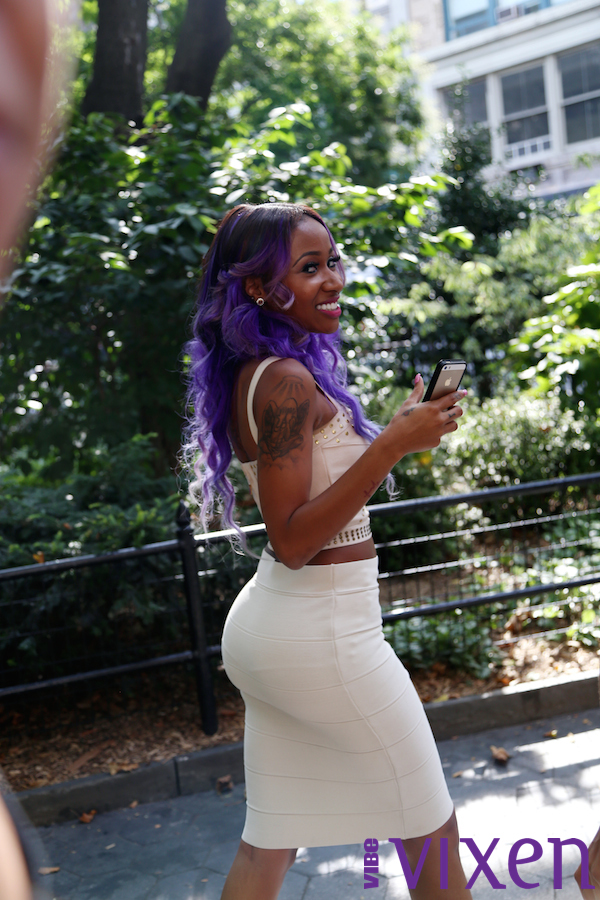 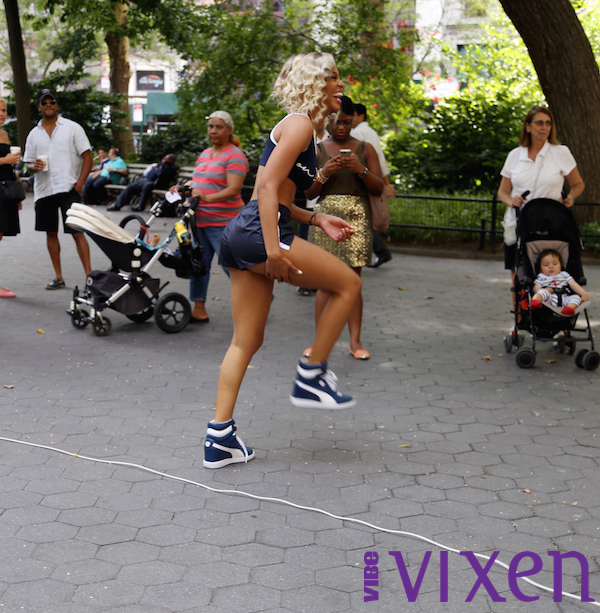 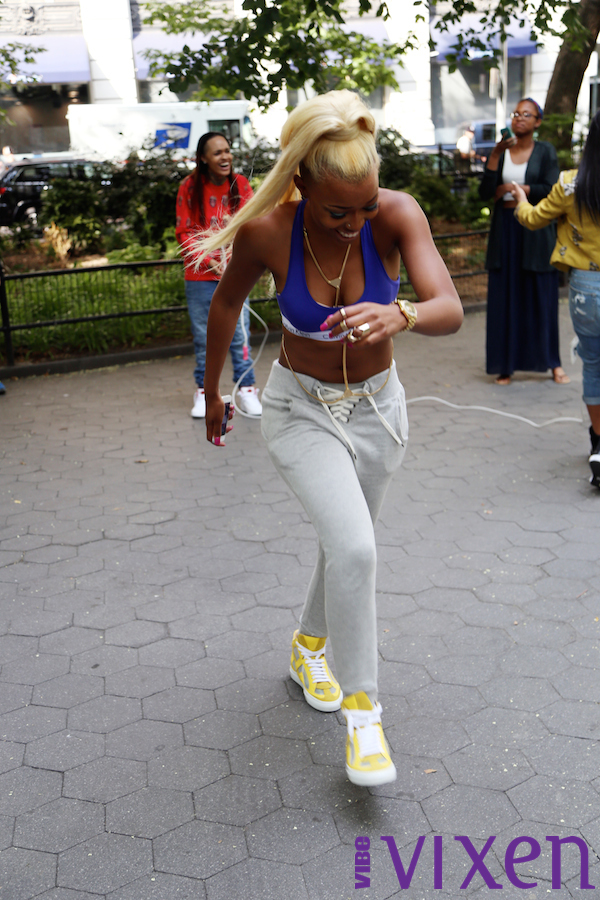