Hit The Floor proved to be a VH1 fan favorite since it first debuted a year ago on Memorial Day. Unofficially kicking off summer with their smash hit, fans faithfully hashtag together Monday nights to see the L.A. Devils and Devils Girls as they navigate the lust and temptation of their professional careers. McKinley Freeman is one of the ladies’ favorites and a scene stealer as he flexes his abs and shows off his devilish grin. As we gawk over his bad boy TV persona Derek Roman, Vixen caught back up with the real life sweetheart to talk TV and sex—just not in the same sentence.

Riding high off the success of his character and the series, Freeman preps for the new season with high anticipation and appreciation for the fans who have yet to decide if they love or hate him, “That’s what makes it fun because it’s part of a process or journey that you take with a character or story. Sometimes it can be an amazing experience and sometimes it can be frustrating.”

Tuning away from the fictional and entering the real, we got to know more about the bachelor. With the steamy previews for season two, we played ?uestlove with the actor. Opening up his black book, McKinley divulged on what appeases him about a woman and what he can do without from nudes to promiscuous DM messages. As you count down the hours until the he returns to the small screen, check out his Gentleman’s Corner and learn more about our #MCM in the basketball shorts.

VIBE Vixen: How has the reaction from last season prepared to get you pumped for this season?

Do you think fans will love or hate you this season?

I would probably say both. As with anything else, I think there’s a chance that people will say, “Wow he’s the kind of guy we can ride with,” and there’s probably gonna be times where it’s like, “Man I can’t believe this dude,” you know what I mean? That’s what makes it fun. It’s part of a process or journey that you take with a character or story and sometimes it can be an amazing experience and sometimes it can be frustrating.

We didn’t really get too much into your back story last season, do you think we will see more of who you are off the court and your family and all that this season?

As a whole, not just my character, but I just think the story in general the second season was digs a little bit deeper and kind of gives people some context to why people behave the way that they do or why they are or why they live or act a certain way. I think they did a really good job of starting to peel back the layers of the onion and make the characters three dimensional.

Everyone on the show has a secret. Who will fans be most surprised with the biggest secret, the biggest shocker?

That is a question I wish I could answer. But I will say this. I’ll say that there’s stuff that happens as it relates to how we get information that we don’t even know. There’s stuff that shocks us as much as it shocks the people that are watching.

Out of all the scenes that you shoot, like your sex scenes, your basketball scenes and your drama and all that which ones are the hardest to shoot?

A lot of it is just really being focused no matter what the challenge may be because you’ll never know like they might change lines or they might change the order of what they are shooting so its really important to just be on point and ready regardless. I think with the basketball stuff it’s very specific with the camera angles and you’ve got people in the stands. You wanna make sure you make the shot so you don’t have to do it 50 times, you know what I mean? But each of those scenes whether it be drama, basketball, sex scene or whatever the case may be presents obstacles but at the end of the day the crew is so supportive from the executive producers all the way down to Michelle and Kevin our craft services people.

What topic haven’t the producers touched on that you hope they touch on soon?

It’s credit to James Larosa and Don Whitfield, Holly Henderson his wife, our writing team, and the producers. They’ve done a great job of not only writing things that make you ask questions but then writing things that answer those questions that only lead you to ask more questions. So like I think it would be cool to explore more family stuff as it relates to some of the characters or what the future might hold but I think all those things will come in time.

When you watch yourself, is it like a surreal feeling?

Let me tell you something, I get so nervous when the show comes on. We watch the show as a cast and in the beginning it was difficult for me because it makes me nervous to watch stuff at home in my apartment by myself. Let alone like 30 or 40 people, but the real cool thing about watching it as a group I get to see what everybody else is doing because we really don’t have the luxury of, because of way our schedules go, I don’t get to see what Logan [Browning] or Kimberly [Elise] or Dean [Cain] or whatever are doing, so it’s a cool opportunity to see everybody else’s work. So it’s fun in that regard but for me personally—like last year when we would watch it all together I would literally have my back to people.

Getting a little off topic and more about you, what’s one ungoogable truth about you? 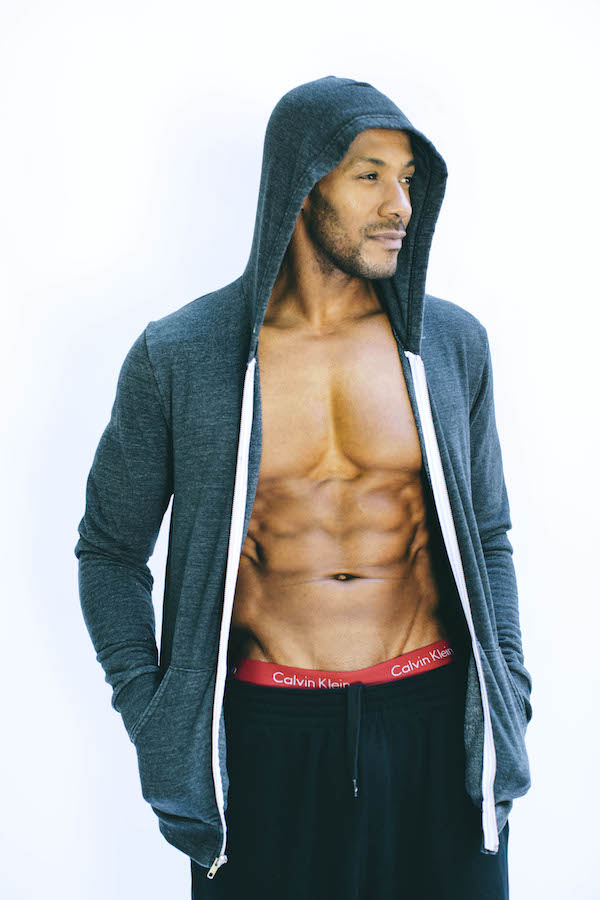 If your sex life were a song, what would it be?

“How Does it Feel” by D’Angelo. First of all that’s real R&B to me. Like D’Angelo is one the most underrated artists of all time in my opinion. But for me when it comes to being intimate with someone, it’s a one-on-one experience. It’s definitely something very sensual about the whole thing.

Both. Well I appreciate a woman that can pull of sneakers because I think it’s kind of sexy but there’s nothing wrong with heels whether it be for dinner or whatever. I like both of them.

What’s a deal breaker for you?

A dealbreaker for me is definitely people talking about other people. That type of thing I can’t be around.

What would be a nightmare date for you?

A nightmare date for me would be… I would say being in a situation where it’s uncomfortable to walk away so you have to stay it until its over. Like in the Titanic movie where the people were playing the violins they were like, “Aww man this is the end.” Like I just can’t leave I have no other choice so it would probably be something along those lines. I’m real big on being comfortable and honest. Like if I don’t want to be somewhere, I’ll leave. It doesn’t matter where I am.

I send messages that range in that area potentially. It’s just flirting with someone that you’re interested in and they’re interested in you. I try not to have many pictures floating around so. I draw the limit at letters. [laughs] I could see how sexting could be a turn off and I see how it can be a turn on so it would just depend on the situation. If it was a situation that called for sexting I would be sexting all my characters away, I promise.

Do you send or receive nudes?

I’ve received nudes. It happens in life but I’m not a big person on [it]. I mean let’s be honest, you can go on my Instagram page and you could pretty much see everything except my business so it’s not like any of that stuff isn’t already out there except for that. I think for most people it might just be the idea of it you know what I mean? The idea of something is actually more important than getting something. It’s imagination, it’s the idea.

I think it’s different for guys.

It is different for guys. Let’s be real, how many women really wanna see or get that picture on their phone?

Have you ever responded to a promiscuous DM?

You know what, no. It’s funny because I just got one this morning (laughs) from somebody I don’t know. I’m like ‘Yo!’ It was getting to a point where I was trying to figure if there was a way I could turn it off. They come in sometimes and I’m just like man let me go ahead and hide this or delete this or whatever.

People are bold because it’s just between you and them. But again, I’m not big on it and its not because I’m doing this show or in this acting thing or whatever. Just in general, as much as I like to live and I’m single and these kinds of things at some point we all are gonna meet someone that we wanna be with and I’d rather not have all that stuff floating around, you know what I mean? But sometimes stuff happens.

I think Zoe Saldana is amazing. She’s beautiful and she’s talented but she’s first person that comes to my mind. She has a really good head on her shoulders. That’s what I like about her. I’ve never met her but she seems cool and I appreciate how hard she works. Of course she’s ridiculously beautiful.

Are you a relationship type person?

Are you a heartbreaker?

I don’t know. You would have to ask somebody else about that [laughs]. I hope not.

What do you like to see your Vixen in best?

Finish this line: Couples that blank together stay together.

Couples that grind together stay together and I mean that at the physical level and at the life hustle level.