Nelly is every ladies guilty pleasure. He first made his mark with “Country Grammar” when he rocked the band-aid faithfully on his left cheek. Fast forward many years later and his career has evolved into acting, fashion, and philanthropy while never venturing too far from music. He recently came out with his seventh album M.O. after a 3-year hiatus from constant music dropping, “If you’re not putting out music every three months then it’s a little rough and now you’re talking about someone with me doing other stuff its been like three year and now trying to get back into it.”

Vixen caught up with the man most responsible for putting St. Louis rappers on the map. He was candid on his music and new season of Real Husbands of Hollywood. Flip the page to find out what he’s been up to and what we can expect this season of RHOH. 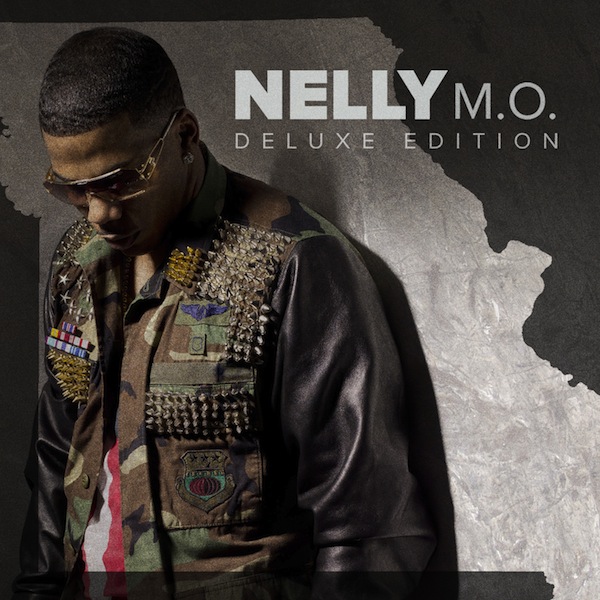 VIBE Vixen: I’ve been listening to M.O. all day and its different. It’s very versatile.

Thank you sweetheart. Yeah it is—it’s been three years since I put out music. Especially when you can’t go three months without putting out music. I kind of did like three years. So we know the expectations can’t be through the roof right now. So, we going to let the people know we out here and we gone continue to smash with good, innovative music.

You have a different sound. Which is rare. You did a country song and now you have Nelly Furtado on it. What causes you to ask for these different features with other people?

I love to create with people. I love collaborating and getting different takes on things. You know, getting something new.

You’ve been in the game for a long time now. Do you think it’s harder or easier to get your album released?

Well it’s easy to get the album out. But, it’s a different time. If you’re not putting out music every three months, then it’s a little rough and now you’re talking about someone with me doing other stuff its been like three year and now trying to get back into it. It’s a different mindset for someone like myself as opposed to someone who’s new in the game this system is all they know. But it is what it is. Its nothing to complain about.

Now your album is called MO.

What inspired you to call it that?

It’s where I’m from. The abbreviation for Missouri is MO and close family and friends a lot of people call me MO. It’s also a method of operation and it’s just me doing me all in one.

Oh, that’s dope. Now do you think you got personal on any of these tracks or is it a good listen.

I think I was trying to bring something that wasn’t in place at the time as far as the sound of the music. I don’t know if I got too personal or anything like that but I think we tried to be innovative.

Lets talk about the Kendrick Lamar verse on “Control.” Did you feel any pressure with him coming out with that or was it just like another rapper?

Nah. I like Kendrick Lamar. He’s cool. Kendrick is of this generation when it comes to music. When you think of it like that his thought process is … even though he’s a cool dude. He’s a product of today. I don’t think he has any intent of malice but he’s like this is what I do.

Out of all your albums what has been your favorite track?

Now you didn’t have any features with Chocolate Drop will he be on anything.

[Laughs] Nah, nah. I can’t afford Chocolate Drop he’s going to do his own thing.

Speaking on that are you excited about the new season coming up?

Yeah the new season is through the roof. I hope it goes the way it needs to go. I’m sure it will because we put a lot of work into it.

Are people constantly surprised that you’re as funny as you are, because people only see you as a rapper?

If you really know me, you know I joke all the time. I like to keep things positive throughout situations. We work it out.

I know the show has significant others. Will you be featuring a leading lady?

[Laughs] I don’t know about that. You have to check it out and see what happens.

I guess we’ll keep that one up in the air. Now you’re very fit. How important is it for a lady to keep her body fit?

I think it’s important for everybody to keep their body on point. If you’re involved with somebody you gotta have very similar views on a lot of things. Sometimes if your views aren’t up to par it can cause a rift. Staying in shape is important to me and I would want someone to have a similar view compared to someone who doesn’t give a damn.

How do you keep in shape with your busy schedule?

What qualities in a lady  do you look for?

Ambition. You want someone who knows what they want. Who understands that success can only be had by determination and a strong work ethic not a cry baby. I hate cry babies.

Is that how you live your life?

Yeah and it’s what I teach my kids too because you can spend so much time dwelling on what happened or you can use that time on how to fix it and how to get over it. That’s why I say have your moment and get it out the way now let’s figure out how to fix this.

You can’t cry over spilled milk.

Not for so long. You can have your moment. We all have our moments.