Two things are certain when it comes to Tank– ladies love him and men appreciate his music.  In addition to crafting chart topping hits, the multitalented artist has also amassed solo appeal, a lucrative acting resume and even tackled being apart of a music group, TGT. Fresh off the heels of Three Kings’ success, the music veteran is giving fans a new side of him.

“I feel like how people say they are in their prime and they’ve reach their stride, I’m in that space. I’ve found a lot of the things musically I’ve been looking for that I have been missing—from tempo to subject matter, etc.—the stars have been aligned the right way. “

With his new space comes a new album Stronger and upcoming movie November Rule. We sat down with singer to talk about his music and have him participate in our first “?uestlove” segment. The sensual artist is telling us his whether he gives into fans’ DMs, what turns him on and the last time he sexted. 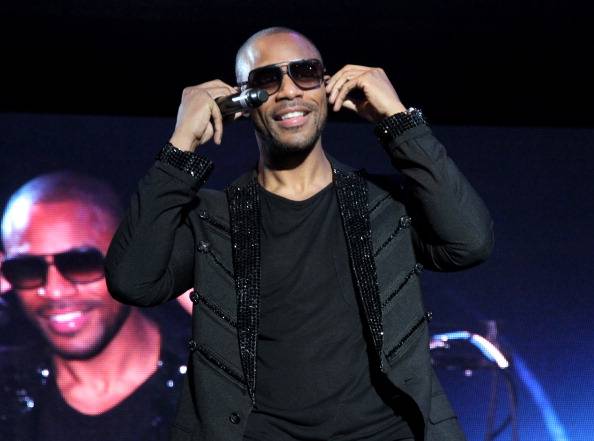 VIBE Vixen: What inspired the name of your new album Stronger?

Tank: Just where I am mentally, spiritually and musically. I feel like how people say they are in their prime and they’ve reach their stride, I’m in that space. I’ve found a lot of the things musically I’ve been looking for that I have been missing—from tempo to subject matter, etc.—the stars have been aligned the right way.  With all the things that I’ve gone through in my personal life weathering certain storms to getting to a place where the sun is shining. It’s given me the understanding; I had to go through this in order to become stronger in everything I do. So this album is going to reflect just that. It’s fun, it’s happy, it’s love, it’s good energy, it’s tempo, it’s giving R&B it’s rhythm back.

'Girls Trip 2' In The Works, May Take Place At Afrochella

What inspired you to go the up-tempo for your new single “You’re My Star” instead of doing a  slow jam song.

I think it goes along with the space that I am in. I’m not in the sad space where I broke someone’s heart or someone broke mine. I’m not in the sexy space where I want people to drool over me [laughs]. I’m in a let’s have a good time space. Let’s have a house party where everyone can just come together, just bring a dish [and] I’ll supply the wine, let’s have a good time. Once I started playing that Michael Jackson bass line I’m like ‘woah this could be something’. I started feeling myself and when I put the song together it just made sense and I scraped everything before that.

Are there any slow songs on the album and what’s the most personal?

A couple, maybe 3. I have one called “I Hope This Makes you Love Me.” I’ve been on that  journey of wanting the same love that you’re giving and you wanted it to be reciprocated. You try to barter love like “Let’s take a trip. You want some shoes? What don’t you like about me? I will shave all my head off,” just to get that same kind of love. We start trying to find ways to buy love.

Will TGT be appearing on this album?

No, probably not. This is very different from either one of those guys. Tyrese will tell you, “Man I don’t sound good up tempo. I got the voice; it’s raspy it don’t sound good on tempo [laughs].” And G [Ginuwine] is in a different space for different type of music. Im on some Motown-type stuff. We have another album due and we are going back on the road. I’m on the road with TGT and also doing shows with Jaime Foxx– I’m doing everything.

Yeah, I sleep like 3 hours. I took a wakeup selfie this morning [laughs].

I kind of am. What happened was I wasn’t even thinking about it. I let my Instagram sit for like a year and my Twitter.  I would do a little post here and there.  But, everybody at the record company got mad at me like, “Why don’t you post? Why don’t you promote? You have to be social; it’s going the help you.” So I started from being ordered to do it to me not being able to stop. I’m checking my Insta in church, I’m checking it while Im driving, [Looking at cars like] selfie time–sorry, I’m bad.

Who’s still on your wishlist for collaborations?

Me and Justin Timberlake are going to work, finally on the new album. Timberland, I’ve worked with him before, but he is my favorite producer and working with him is a blessing. But I don’t know.  I’m trying to find people who want to be in this new space with me [laughs]. Whoever is with it, I’m rocking with them.

You’re in November Rule? Can you talk about it?

I play a marine. I’m Mo’s—who’s the lead character—older brother. It is a hilarious dynamic.  There are moments in the movie where the director is like, “Tank, stop laughing.”  It’s really cool you know the November rule– breaking up before the holiday so you don’t have to buy gifts? It’s a crazy little notion to the movie. Shakim and Queen Latifah hit me up like, “Hey we want you to do this movie.” I said “cool;” then they said “great, you’re hired.” I felt really good that they thought enough of me to do that. Im excited.

Do you have a November Rule?

If your sex playlist were a song, what would it be?

It would be one of my songs called “Amazing.” It’s kind of what I hear afterwards– “amazing, outstanding, incredible.”

Heels. I like when the calf is flexed. That muscle excites me; I am a leg men–legs and feet.

What do you like to see your vixen in?

Tights, yoga Pants, anything like that is extremely exciting. I almost prefer that over underwear. I love tights.

What’s a deal breaker for you?

One filled with great conversation. It doesn’t matter where we are. A lot of other distractions occur on a date, but I really like talking. I like creating a comfortable setting.

What topic should every girl know?

I think every girl should be knowledgeable in sports. At least one sport. You need to know what a first down is.

You have to. There’s a lot of power in words.  Those words can be interoperated in so many ways and will leave room for the imagination to just fill in the blanks or go a couple lines further. Sexting is fun.

When was the last time you sexted?

Have you ever entertained a female in your DMs?

What’s the furthest you got?

Are you a relationship person?

Yeah, I am a serial monogamist . I love being in a relationship.

I love the stability in a relationship. I’m not the guy who loves the club or runs to the after party to see what I could find.  It shouldn’t be a guessing game on my phone like who am I gonna text now?– I don’t like that.  The tough part of being in a relationship are the moments when you thought you knew a person  and then you find out you kind of didn’t.

Finish this, A couple that ______ together stays together?