Rob Riley is a true New Yorker. Despite calling L.A. his new home as he wines and dines in and out the celebrity crowd, the Hit the Floor starting five still feels there’s nothing like the Big Apple. Venturing back to his neighborhood in Brooklyn, we met up with the star at one of his favorite eateries, FootPrints. Walking into the restaurant and smelling the array of Jamaican cuisines, we automatically get a vibe as to who he is, a Trinidadian with love for his Caribbean culture.

Soon we come face to face with Terrence Wall’s real life persona, but not before his younger niece, Kennedy, and nephew, Sean Jr.—who were already seated in the restaurant with their dad (his brother, Sean)—zoom to the door and attack him with cheerful hugs. He’s much more pleasant then his stern faced character on the show and also more attractive (who knew that was possible?). The giggling duo finally free him of their embrace as they trail around him so he can greets us with a hug before commenting on a subject we all know all too well: New York traffic. We take advantage of the the seasonably good weather and sit outside to chat about his football upbringing but pro basketball character.

“It took a little extra time because I did play football predominately, but I did maintain my athleticism. I never stopped working out, lifting weights and training,” the actor told us later on. “That’s one of the ways I stay sane, get the extra aggression out. So I’ve always been an athlete. I did brush up on my basketball skills once we shot the pilot.” 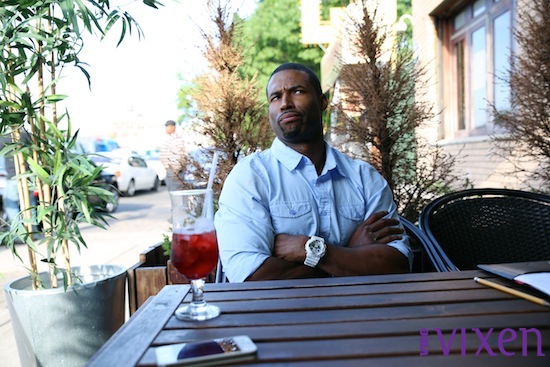 Interacting like he’s an old friend instead of a new acquaintance, we realize the multi-talented actor is far different than his mysterious TV character. “Terrence is a very focused man, much like myself and I appreciate playing him as such,” he said as we finished up our first stop to continue on our BK adventure. Next stop, his former high school, Brooklyn Technical High School, one of the state’s top three specialized high schools. Reminding us no matter where you go, humbleness will always bring you back to the grounds you grew up on, we first stop at his school’s borrowed football field.

Forgetting all inhibitions (and possibly laws) the kid at heart climbed the fence to the field (“I’m a gangster that’s why”) so he could stand on the same field. “I’ve actually never been on this field since it’s actually a field. I’ve been on the lot.” Nostalgia of his past days continue to surface as he climbs back over, we actually enter his alma mater and he goes from football stories to stage plays. Our final stop has us standing face forward at his stage, “We would stand here and do Les Mis[erable],” one that rivaled any stage on Broadway.

“My mother made me do chorus because the Football coach was the chorus director, that meant I was under the football’s thumb at the end of the day and the beginning of the day.”

Riley’s a simple man who never gave up on his ultimate dream and somewhere in the middle is finding a way to incorporate it all. Flip the page to learn more about Rob, his HTF character Terrence, and our photo series with our Vixen tour guide.

VIBE Vixen: This season, are we going to learn a lot more about your character?

Rob Riley: The storyline this season, not to give too much of it away, we obviously have to find out what’s going between Terrence and Jelena. We all know that longterm relationships never just end, ya broke up and then do ya stay broken up? How bad is that breakup? Who makes who feel like garbage? So on and so forth, we have to deal with that and that Terrence still hasn’t won a championship and that’s his major drive so that’s an unresolved plot line from last year. Right now it’s right after the all star break so we’re gearing up for the playoffs and any sports fan knows that’s a crucial time in an athletes season. Terrence is all about his business at this point and with the addition of “Zero,” which is kind of like them bringing the ‘BIG 3’ together, he should have a chance to win a championship. Now, the question remains is “Zero” who they think he is and can Zero and Derek co-exist because it’s been hard enough for him and Derek to co exist.

Will we see unison between you McKinley’s character Derek?

That remains to be seen, I’ll say that Zero is definitely there to shake things up. Derek and Terrence go way back and you’ve got to imagine that there was a conversation between them before Zero ever got there. Now it might’ve not gone the way they wanted because all friendships have their ups and downs, but they’ve been friends for a while and you’d like to see that prevail, will it? I don’t know. They like to throw a lot of curve balls.

Is there another side to your character?

There’s multiple sides to everyone isn’t there? I don’t know if your going to see the bizarre Terrence or anything but you’ve got some things to go through. To what length will he go to win a championship? But Terrence is a very focused man, much like myself and I appreciate playing him as such. He’s concerned about that ring and such.

Were you an all-around athlete in real life?

It took a little extra time because I did play football predominately but I did maintain my athleticism. I never stopped working out, lifting weights and training. That’s one of the ways I stay sane, get the extra aggression out. I did brush up on my basketball skills. Actually once we shot the pilot, McKinley and I before we even knew the show got picked up, we would practice because he played for Illinois. I had to brush up a little bit but you know I’m pretty good, I’m not scared of anybody [laughs].

If you could play any real athlete that could be a guest star, who would it be?

I don’t really think I’m good enough to beat anybody in the NBA to be perfectly honest but I’m not gonna go down without a fight. Derek Fisher, I would love to play Derek because he’s around my height. 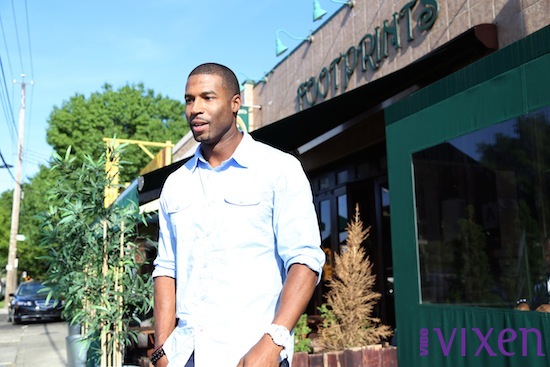 How are you and McKinley?

In real life? That’s my man 50 grand. We’ve been tight since the pilot and I could say that and he’d say the same thing and that’s pretty awesome.

So the beef that you guys have, that’s just pure acting?

It’s all acting. Any animosity that you see on our show between all characters is all acting, we literally really all get along luckily, and like each other tremendously. I’ve been photographing behind the scenes all season. I have 8500 pictures from whether we were on set or hanging out outside of set, etc. It’s literally what we do.

Is this like the closest cast you’ve ever been with?

Yeah, maybe because it’s been so long, it is going on two years. We got together April 2012 we started shooting what was then called Bounce. 90% of the original cast and crew that started is still here. It’s really special. We have a really strong family from the top down. It’s awesome to be apart of it, I’m sad work is over until next year. We all get together and watch the show every Monday. No one asks us to do it but we all get together and watch it on Mondays because it was like our good luck charm last season.

With Logan’s character Jelena, how is it to be buddy-buddy but when the director yells “action,” you just look at her as if you hate her?

Ain’t most of relationships like that? Don’t you sometimes hate the person you’re with? [laughs] But it’s not hard because she’s such a great actress. It’s just easy whether we’re going something on an intimate season or we can’t stand each other in the hallway. I got lucky, she’s easy on the eyes so that helps. But she’s a tremendous actress and person. I often say Jelena and Logan could never be friends. And I would never date Jelena.

If you had to pick one talent and lost the rest of your talents, which one would you choose?

VV: Do you see marriage in your future?

RR: My personal life? I’d like too, I hope so. That’s kind of why you do it…I’m doing all this stuff for myself, you only need but so much for yourself. So yeah I’d love too, hopefully, fingers crossed.

What’s the most used curse word that you use?

What ways in a sentence do you use it?

I ain’t got time for that shit [laughs].

Would you ever pose nude?

Under the right circumstances, why not?

Is it okay to burn bridges? If so have you burnt any?

As long as you don’t plan on walking over them again. [I have] I can’t count them but I know when I burnt them I knew exactly what I was doing.

Have you ever regretted burning a bridge?

Thankfully, no. I’ve regretted many things in life but not burning a bridge. Most of the times, I regret the person on the opposite side, I regret not knowing if they learned the same lesson or as valuable of a lesson.

Would you ever date a girl that cheated on her ex?

If I knew about it then that wouldn’t be the best situation in the world. Past behavior doesn’t necessarily dictate future behavior. Past behavior is a contributing factor to future behavior but it doesn’t necessarily dictate it. The answer to that is yeah I would because it would have nothing to do with me. Now if she was a serial [cheater], then of course that’s not going to work.

What’s one ungoogleble fact about you?

That I use to be in a chess club and that I’m good at math. I’m a math beast.

If we were to ask your ex-girlfriend about you what would she say?

That I’m a sweetheart. You can call one now if you want too.

What’s one quote you live by?

Believe in yourself, I have it tattooed on me.

How many tattoos do you have? Are you going to get more?

It looks like six tattoos but it’s really 10 tattoos that just look put together. 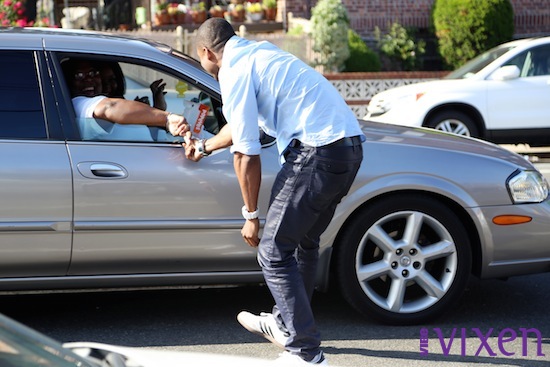