We really adore Will and Jada Pinkett-Smith‘s teenage children. Especially since the pair are in a different zone mentally and creatively for their age, as 14 and 16-year olds. However, when we read Jaden and Willow Smith‘s joint interview with the New York Times’ T Magazine, we were not only lost on the direction of the interview, which featured a ton of philosophical banter on time and consciousness, but their thoughts on what else? School.

Here are ten things from the Smith kids’ joint interview that confused the hell out us and had us scratching out heads, rolling our eyes and trying to understand to no avail.

Willow: I mean, time for me, I can make it go slow or fast, however I please, and that’s how I know it doesn’t exist.

Jaden: It’s proven that how time moves for you depends on where you are in the universe. It’s relative to beings and other places. But on the level of being here on earth, if you are aware in a moment, one second can last a year. And if you are unaware, your whole childhood, your whole life can pass by in six seconds. But it’s also such a thing that you can get lost in.

Well, when we wake up in the morning and already want it to be 5:00pm, we know that we don’t share the same magical powers as Willow, who somehow controls a concept of time that she believes is real.

Jaden’s response on some of the themes that recur in the teens’ work:

Jaden: As soon as me and Willow started releasing music, that’s one thing that the whole world took away is, okay, they unlocked another step of honesty. If these guys can be honest about everything, then we can be more honest.

That’s what we took away as listeners? 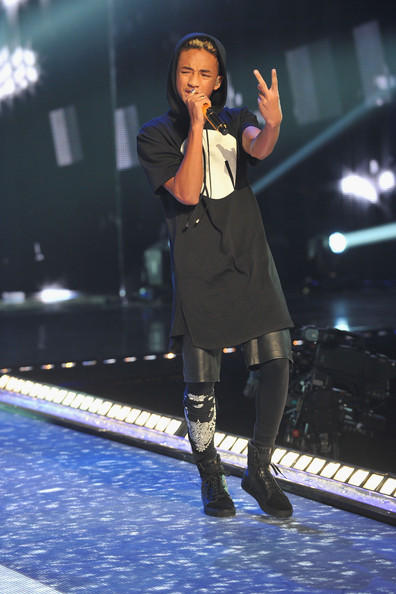 Jaden’s response on how the pair have become better:

Jaden: …Your mind has a duality to it. So when one thought goes into your mind, it’s not just one thought, it has to bounce off both hemispheres of the brain. When you’re thinking about something happy, you’re thinking about something sad. When you think about an apple, you also think about the opposite of an apple. It’s a tool for understanding mathematics and things with two separate realities. But for creativity: That comes from a place of oneness. That’s not a duality consciousness. And you can’t listen to your mind in those times — it’ll tell you what you think and also what other people think.

Did he answer the question or…

Jaden’s answer to their new music serving as a continuation of their past work:

Willow: I mean, “Whip My Hair” was a great thing. When I look back I think, “Wow, I did so much for young black girls and girls around the world. Telling them that they can be themselves and to not be afraid to be themselves.” And I’m doing that now but in a whole different way, coming from source energy and universal truths. People will be, like, “Oh, I’m not going to make a song about exactly how I feel, all the bad ways that I feel, and put it out in the world so everyone can judge me.” But for me, it’s a part of me, it’s my artistic journey.

Jaden: That’s another thing: What’s your job, what’s your career? Nah, I am. I’m going to imprint myself on everything in this world.

You are ‘what’ exactly, Jaden? 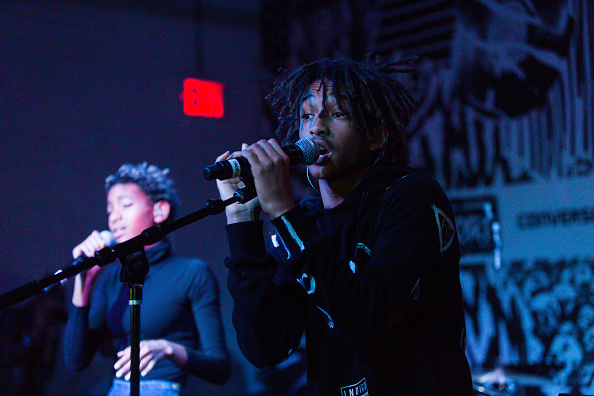 Things worth having to Jaden:

When discussing the idea of breathing in songs, Jaden goes left field:

Jaden: When babies are born, their soft spots bump: It has, like, a heartbeat in it. That’s because energy is coming through their body, up and down.

We’re still trying to find the correlation between songs and soft spots in newborns.

And Jaden carries on:

Jaden: It’s prana energy because they still breathe through their stomach. They remember. Babies remember.

Most of us can’t remember life before the age of 4, so what exactly do babies remember? Enlighten us. 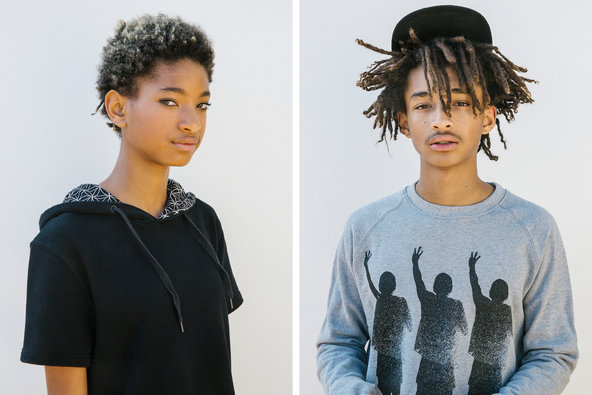 Both the teens’ answer to the hardest education of unlearning things:

Jaden: Kids who go to normal school are so teenagery, so angsty.

Willow: They never want to do anything, they’re so tired.

Maybe it’s just us, but we wanted to go out on weekends, talk to boys, pass state exams and the SATs. Yes Willow, we were tired because of all of that.

Jaden: You never learn anything in school. Think about how many car accidents happen every day. Driver’s ed? What’s up? I still haven’t been to driver’s ed because if everybody I know has been in an accident, I can’t see how driver’s ed is really helping them out.

We’re going to bet we’ll never see this kid in college. We also want to know if driving school is the only school Jaden knows.

Jaden: I have a goal to be just the most craziest person of all time. And when I say craziest, I mean, like, I want to do like Olympic-level things. I want to be the most durable person on the planet.

He also showed up to KimYe’s wedding in a white batsuit. He has a good change in snagging the title of craziest kid of all time.

If your head isn’t spinning from those snippets, check out the full interview here.