They say if you are ever unsure of how a Virgo feels, just look at their artwork. For Justine Skye, these truths are more than self-evident. Her latest project BARE WITH ME deliveries her callings of love and freedom with a fearless type of energy we can appreciate.

Skye, known for her signature purple tresses and assumed-big features, are without both at her listening for the extended project last week in New York. With Virgo season on the rise, the songstress celebrated a birthday on Saturday (Aug. 24) and her new journey into the indie world.

“I feel like a lot of people know that I can sing but they just didn’t understand what it was that I trying to do,” she explains to VIBE. A string of releases under Atlantic Records and later Roc Nation left Skye feeling lost in her musical identity. There were also stunning songs like “Build” with Arin Ray and “Wasteland” that fell under the radar. But in true Virgo fashion, Skye took the L’s and converted them into lessons.

“Over the course of my career, I lost that authenticity because I was so caught up in trying to chase that radio sound that the labels want you to get. They just want a radio song. They don’t really care if you can connect to it or not.”

Skye dived into her prolific spirit on BARE WITH ME after she successfully co-wrote more than half of her intimate and meaningful collection. “Too Much,” “FAV,” “When You’re Ready,” and “MAYBE” were all penned in some way by the 24-year-old.

As a young, illustrious figure in music, Skye isn’t wasting time with her revitalized her Girl Boss energy. She recently showed off her acting chops in the film and TV space (Already Gone, Irv Gotti’s Tales) and is the perfect muse on the cover of Goldlink’s latest album Diaspora.

VIBE shared cupcakes and zodiac gems with Skye as the singer-songwriter dished on the making of her EP and the importance of remaining true to yourself. 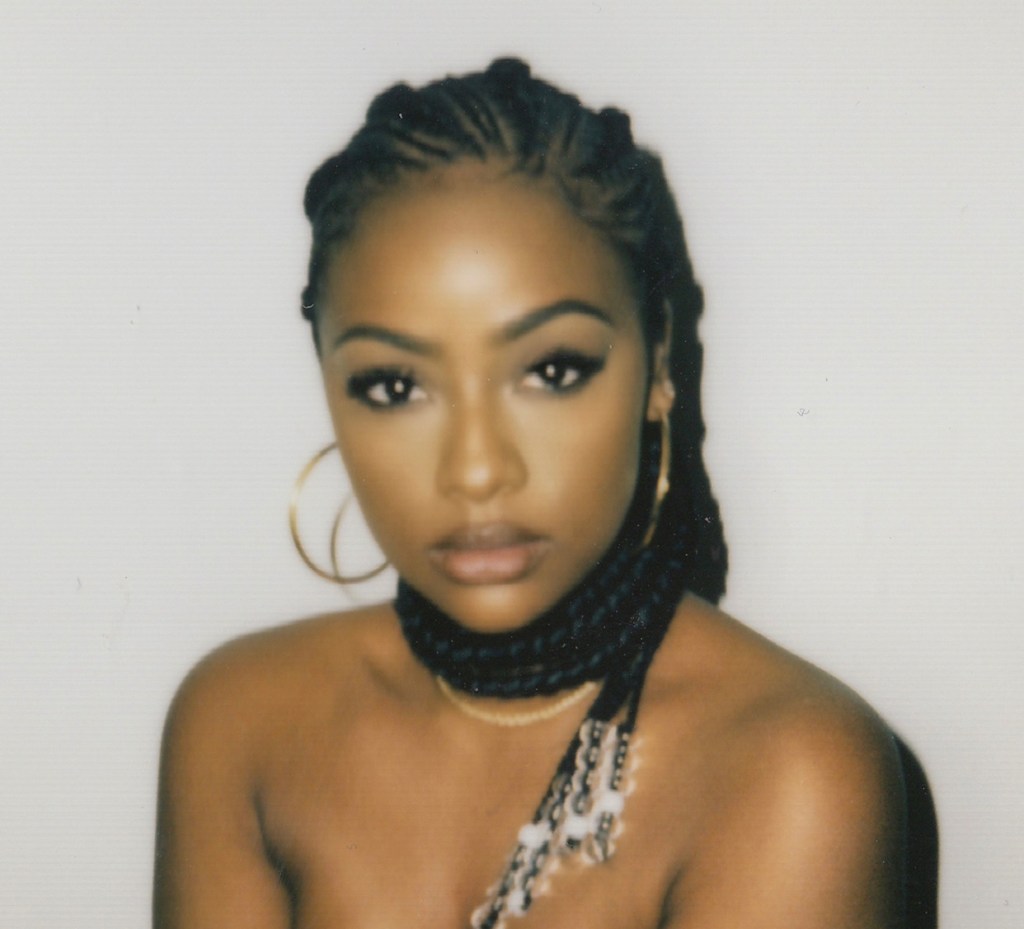 When you talk about writing your songs, are you a “Put it in your phone” kind of person or someone who puts pen to paper?

Justine Skye: I’m either like a put it in the phone or go in the booth and do it before I forget it. Or like in memos, [I’ll sing it] or write it down.

The style of “MAYBE” is very commanding. What inspired this type of energy on the song and does it continue throughout BARE WITH ME?

I definitely do think the energy continues to run throughout the EP. “MAYBE” is the first song I recorded as an independent artist so it’s really just a test of me getting back into my creativity and just doing what I felt instead of doing what I was told. I just sang what I was feeling and “MAYBE” came out.

Is there a song on the EP that you can’t get out of your head?

It depends because depending on how I’m feeling a song will stick out to me more that day. I feel like today and the last few days it’s been “Bulletproof” and also “FAV” because that was the last one that I did touch-ups on so that part is stuck in my head.

What have you manifested in your life this year?

I’m realizing that I manifested being independent and just being able to be free in my art instead of being so confined. I think that’s just a huge manifestation. Getting into the acting too was something that I manifested and being on the journey to self-love. That’s something that I’m working on and growing with. Just seeing who’s real and who’s not that I surround myself with. People have shown themselves and people have shown themselves to be great friends.

Were there any songs that were challenging to create?

Self-Love. What does that mean to you these days?

I’m definitely still learning. People can still give you advice and tell you what to do but it’s really you at the end of the day that can implement that and figure out what works for you. So I’m just figuring out what works for me.”

What do you think works for you?

I don’t know yet. I don’t have an answer to that. I don’t want to sit here and lie and create something. Every day, I am learning something new and it’s shocking and somedays it’s confusing and some days it’s very clear. You know it’s just the motions. Life is trial and error.

I saw a pic of you and Lala Anthony from the set of “Hot Girl Summer.” Does this mean you might make a cameo in Megan Thee Stallion’s video?

If you had to be a personality of a person named R&B which one would you be?

R&B is just really emotional music in general. R&B is about the Rhythm and Blues, it says it in the name so a lot of it is love. A lot of and the ups and downs of it. I feel like R&B is a Virgo and a Cancer.