We love being movie buffs. For that 2+ hour length of comedic, romantic, dramatic, or horrific storytelling, we get engulfed in these fantasies that compel us to want to see more. Last year was a huge year for African American directors and actors all across the board in Hollywood. Whether it was a “black film” or just a film with a myriad of black actors, the bar for quality portrayals and story lines has been raised. This year, the list of movies have grown and we’re here for all the comedy and love scenes we can handle.

Flip the page to learn what movies are a must see this year.

Storyline: Robert (Darrin Henson) is down on his luck,loses his girlfriend and gets fired from his father’s company on the same day. However, life gets better when he meets Morgan (Gabrielle Dennis) and the two are headed towards a loving relationship. If only they can keep both their exes from sabotaging their relationship.

ESSENCE Festival Performances And Programming To Livestream On Hulu

Storyline: In order for Ben (Kevin Hart) to prove himself worthy enough to marry cop James’ (Ice Cube) sister Angela (Tika Sumpter),  he joins his future brother in law for a 24-hour patrol around Atlanta.

Storyline: After up-and-coming District Attorney Mitch Brockden (Dominic Cooper) is involved in a fatal hit-and-run, he helps acquit the man that took the blame for his crime. That’s until he realizes the man is a murderer and he’s on the hunt to stop him before more victims surface.

Storyline: This movie follows three guys whose lives are changed by their relationships with various women.

Storyline: The story of two couples: one competitive and the other on a journey of love.

Storyline: When life-coach Thomas Carter (Anthony Mackie) agrees to help deranged Angel (Forest Whitaker) out, Carter against his is kidnapped and forced along with his wife–played by Sanaa Lathan–and brother (Mike Epps) to take a dark and twisted journey of forgiveness for their past sins.

Storyline: A friendship is formed between 5 single moms who are forced to head their children’s school fundraiser after all their kids are caught vandalizing school property.

Storyline: After exorcising demons from his ex, Malcolm (Marlon Wayans) thinks he’s starting fresh with his new girlfriend and her children. However,  the paranormal activity reoccurs again.

Storyline: General manager Sonny Weaver (Kevin Costner) of the Cleveland Browns must fight to get the number 1 draft pick to save football in Cleveland.

Storyline: After two women–a wife and girlfriend–find out they are both with the same man, they band together to get revenge. However, once they realize there is a third girl in the mix, they plan the ultimate revenge.

Storyline: Inspired by the true story of Belle (Gugu Mbatha-Raw), a illegtimate mixed  race daughter of a Royal Navy Admiral is raised by her uncle Lord Mansfield. She’s given certain privileges based on her lineage but her color prevents her from full enjoying them. However once she falls in love with an idealistic young man, together they help change her uncle’s role to Lord Chief Justice to help end slavery in England.

Storyline: The coupled up cast takes a trip to Vegas for a wedding.  However, after their romantic weekend plans go a-wall, their minor mishaps threaten to ruin the impending nuptials.

Storyline: The biopic of James Brown–played by Chadwick Boseman–from his poverty-stricken upbringing to his rise to stardom. 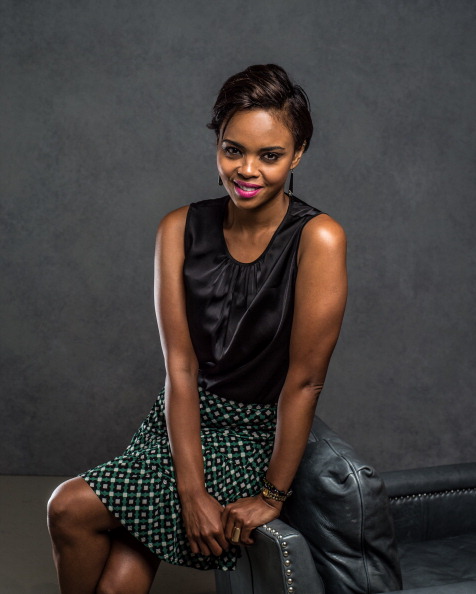 Storyline: A woman’s addiction to sex threatens her family. Based on Zane’s bestseller.

Storyline: A woman’s (Taraji P Henson) life gets rocked when an unexpected guest claiming car trouble enters her house, leaving her fighting for her life.

Storyline: After quitting a CIA-like agency, a former covert operativer puts an ad in the classified section that reads “Got a problem? Odds against you? Call the Equalizer”

Storyline: The remake of the child’s story starring Quevanzhane as Annie.