Scandal‘s Olivia Pope and her team of gladiators, especially the suited and sexy Columbus Short, are controlling the people who run the world. At the same time, Pope’s real-life persona Kerry Washington has captivated us with her flawlessly fab, um, everything.

Our obsession has gotten so serious that Washington is now synonymous with Olivia Pope. We constantly do a double take when either one steps into a room, whether we’re awe-struck by what Kerry is wearing or tweeting Olivia’s key quotables.

Take a look at our Pope-Washington face-off to see how the on-screen character matches up with the real-life leading lady. 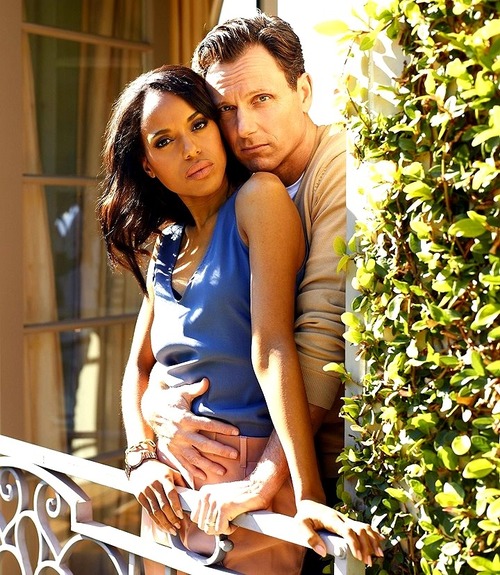 Olivia Pope may have the President on speed dial, but Kerry Washington has done direct work for the country’s first black president and his administration. We don’t respect side chicks, so Olivia’s adulterous actions aren’t respectable, no matter how badass she may be at her job (or super romantic the monologues). Washington, on the other hand, has the utmost respect for the Obamas relationship. “I thought, ‘If the president on the show is Black, I will not do the show,'” she told Ebony. “Because to me, it was too important a moment. I didn’t want to do anything that compromised my relationship with the [president] or that made it seem like I had an insider view on the Obama presidency.” 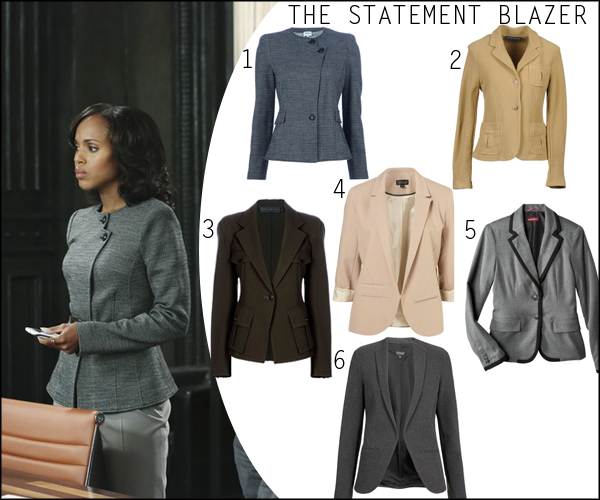 Washington’s has had some (not many) fashion faux pas with her red carpet choices but Olivia Pope hasn’t had a fashion misstep yet. Whether she is rocking her staple gloves and well-tailored suits or owning the presidential red carpet with her gowns, the lead Gladiator nails how style is more than just labels.

Who doesn’t love Washington? No really. Who? Kerry is beautiful, talented and making history in her career, especially with the success of Scandal. However, Olivia has few real friends outside of Huck. And if you’ve seen the latest episode, not even Cyrus is Pope’s biggest cheerleader. She is constantly creating enemies as she takes down men in power without ruining a single hair or wrinkling her suit.

Olivia has a career of a lifetime, but would you really want it? She helps take down the corrupt by being a little corrupt, although she is one of the most powerful women in D.C.

Unlike her TV alter-ego, Kerry Washington has a career worth praising. She’s come a long way from portraying a teen mother in Save The Last Dance and has seemingly done it with the utmost morals. She’s now leading her own show while her movies are box office and Oscar hits. Olivia could stand to take a few notes.

Both women are 100 percent game changers. While Washington is opening doors for women of color in entertainment, Olivia is changing up politics in DC and actually making it look sexy. Millions of fans aren’t perched on their seats every week for no reason.