It seemed like Blu had a lot to say in the eighth episode of The Bad Girls Club: Chicago ‘Rappers Anonymous.’  This week the girls wonder who Jada really is because of her double identity and Blu tries to make amends with Diamond but that might put her relationship with Aysia in jeopardy. Since Blu decided to freely give her opinion on everything this week click through to see this week’s BGC Reality Recap Blu Edition. 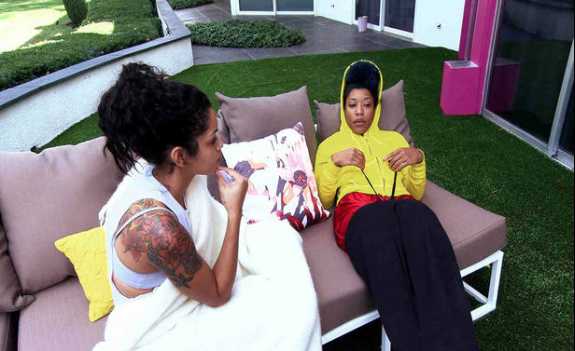 Blu and Aysia’s “secret” situationship is over

“Overall I’m irritated with this whole situation because I still don’t know what Aysia’s purpose was with talking to a random. I’m more concerned about Diamond right now. Aysia is not a factor, at this moment she’s the reason I’m in this situation.”

Red has to go home for a week because her mom is having surgery. Whether or not she comes back is still up in the air.

“Redd is out of town and I haven’t really been caring if Redd was here or gone so nobody is missed. It’s nice to be without the pettiness and the drama for a little bit.”

Jada and Lo get into a fight in the phone room.

“I am very upset I miss the fight, and I’m more upset because the phone is broke. I blame Jada for not leaving the phone room, ‘cause I know Lo probably went off on her at the door and one of the b*tches broke my phone. I’m trying to like the receiver part back on and it’s falling off, you can’t hear anything…the phone is like so hood, we so hood with it we getting ghetto in here…Y’all couldn’t step out the phone and fight?”

Jonica and Diamond talk about their situationship

“I always ask Diamond to be in a relationship with me but she don’t give me a title. I feel like if you’re gonna keep turning me down don’t expect me to do relationship things cause at the end of the day, I’m single. I don’t wanna lose Diamond but I have the right to talk to who I wanna talk to and that’s just what it is.”

Aysia and Blu are back on

“It was messy for Aysia to talk to Andrea about anything that her and I have goin’ but I miss her and I’m not upset with her. When something is the truth you can tell whoever you wanna tell.” 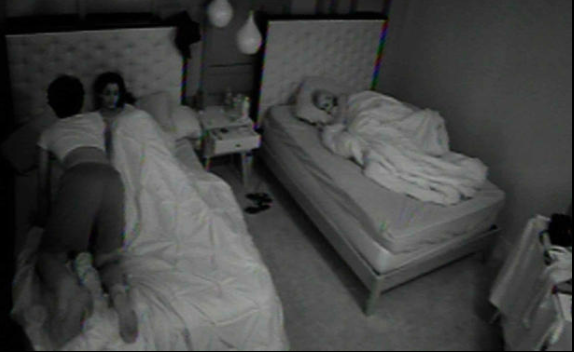 “Aysia and I, we stepped back but I’m still really attracted to her and she’s still attractive so it is what it is.”

The girls decide to confront their issues with  Jada

I should listen to my life coach, she told me I should trying to help the other girls. I feel like being direct is the best thing and I do not feel like Jada can go through the rest of this house not speaking with anybody so, I think it’s time that we have a house meeting.

“Redd is a character to me, I try being cool with her over and over again but I don’t do well with BS and time and time again I see Redd is BS, she BS’s a lot and she’s a liar. I’m not saying Redd is my enemy but I need to pay close attention to what’s going on so if you think me and Redd are best friends looks may be deceiving and I’m gonna watch her very closely…it’s my game.”