Our favorite bad gal certainly earned her naughty nickname. She’s been involved in one too many legal battles but has actually came out victorious in more than a few. She has been accused of skipping out on hefty funeral bills to stealing ideas. Check out this recap of all the lawsuits that have come RihRih’s way so far. 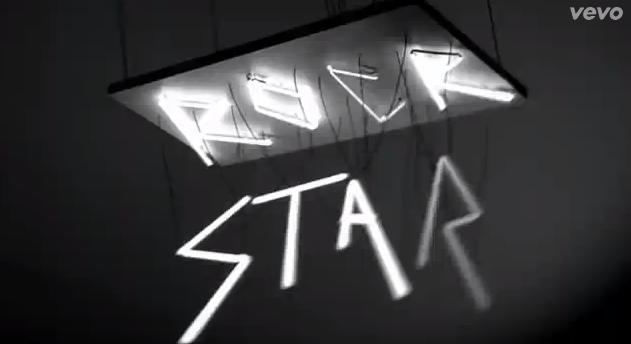 Last week (June 13), it was reported that RiRi was sued by artist James Clar for plagiarism. In her 2010 “Rockstar 101” video, she had neon tubes hanging from the ceiling that read “Rock” and “Star”. Clar claims that she copied his 2006 work entitled “You & Me” which is neon tubes hanging from each other in the same fashion that read “You” and “Me.”

In 2011, photographer David LaChapelle sued the Bajan beauty and her label Def Jam Records for $1 million. He claimed that the “Diamonds” singer copied eight of his magazine photographs for scenes in her “S&M” video. LaChapelle won the case when the judge ruled that her pink room scene in the video was too similar to his “Striped Face” photo. They settled out of court for an undisclosed amount.

After Rihanna bought a $6.9 million mansion in California, she began modifying it with a custom built closet and a state-of-the-art studio. Unknown to Rihanna, the home had a leak which led to a mold issue which ruined her sound system, walls, and designer duds. She sued the former owner, the inspectors, the brokers and engineers for $8.5 million due to negligence, fraud and breach of contract. She put the house on the market in 2011.

Last year, Rihanna sued the British retailer TopShop for selling a tank top with her face on it. She initially asked them to stop selling the tops but when they didn’t, she brought lawyers on board. The “Pour It Up” singer came out victorious in this one, but it was undecided how much TopShop owed her in damages. She wanted $1.4 million.

Rihanna settled out of court earlier this year after she sued her accountant for leaving her “effectively bankrupt.” Rih claims that due to her accounting firm, Berdon LLP,  mishandling her funds, she went from having $11 million to $2 million in 2009, which was not enough to cover her expenses. She says they also failed to inform her that the 2009 “Last Girl on Earth” tour was causing her to lose cash instead of gaining it.  This is the same accountant who advised her to buy the faulty home in Beverly Hills, CA that led to another lawsuit. She sued for $35 million and won the case, but settled out of court for $10 million.

After she laid her grandmother to rest, the funeral company that hosted Rihanna’s grandmother’s 2012 funeral said that she only paid a quarter of the bill, which was more than $150,000 and refused to pay the rest, saying it was too much. A few months later she was hit with a lawsuit by the company. Her reps later said the bill was paid in full and the reports of the bill not being paid were completely false.