Safaree Samuels stopped by the Breakfast Club yesterday (Jan. 13) morning to discuss life after Nicki Minaj. Although Nicki seemed to be a major part of Samuel’s post life, as she was brought up often during the interview.

Charlamagne tha God, in his introducing of Samuels, spoke of how he (and the public) weren’t really clear on the role he played in Nicki’s life saying, “We didn’t know what you were.” Samuels made it very clear by responding, “Everything. Decisions weren’t made without me”. From there, Samuels seemed to have a lot more to say about his role in his ex’s life, and her role in his. Continue clicking to check out a few memorable quotes from the interview.

His proof of his talent (when asked whether or not he himself has talent):

As to why he and Nicki’s relationship began to crumble:

“She was a walking, breathing, corporation, so she always had to be on. I like to be affectionate but we couldn’t do that.”

As Safaree smiles about Nicki (and Charlamagne peeps):

He’s Not Bothered By Fame:

“I don’t care about that [her fame] you could be the president of the world, I don’t care. If you disrespect me, and it’s to the point where I can’t deal with it anymore, then I’m not gonna put up with it anymore.”

Why He’s Speaking Out:

“I never planned on doing an interview. I had top magazines and top talk shows wanting interviews. But when you out here calling me corny, I’m gonna keep it real.”

When Asked About Whether He Considered Suicide:

“I’ve been in places where it’s like, I don’t wanna be here anymore.”

His Thoughts on ‘Bed of Lies’: 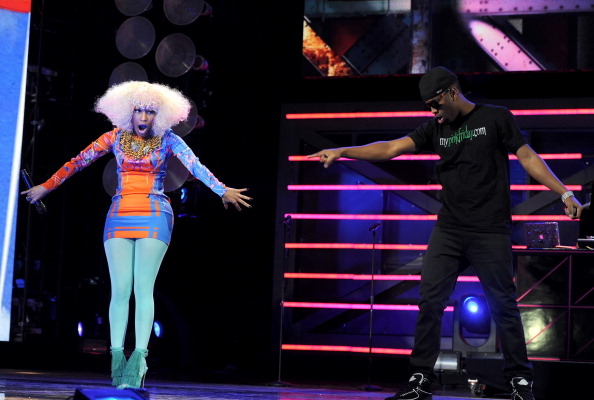 Why He Never Married Nicki:

“It would’ve been public information.”

Whether Meek Mill Told Nicki About His Alleged Cheating:

When Asked About His Life Post-Nicki:

“My life revolved around her, and I didn’t have a problem with it.”