They say be careful what you wish for and that notion is constantly coming into full fruition. As a woman that grew up on quality television, I’m always wishing, hoping, and praying that I’ll continue to see men and women that look like me on TV. Somehow when asking for that, I’m given countless reality shows that leave the worst taste in my mouth. It’s starting to get annoying and ridiculous as these women sell their souls for a little bit of money and TV time.

Unlike my friends, I don’t support reality TV shows—any of them. I did at one point, but that was when TRL was still a show, 106 and Park was hosted by AJ and Free, and the Real World wasn’t past season 25. Now I steer clear of anything that seems like a half-hour to an hour of fake story lines, bad acting and self-entitled nobodies. But even with that said, I sucked up my pride and held on to my self-respect as I watched Sorority Sisters for the first time. Bad move.

I’m not a Greek affiliate and being that I’m not, I watched this show from a bystander’s point of view. That means I became ignorant to those I do know have pledged—like my grandmother, sister and countless college friends—because these women were representing their sororities. By the looks of it, they were showing America what it allegedly means to pledge a Divine Nine sorority and what the sisterhood was “really” about—ignorance, disrespect, and cattiness—not education, community service, scholarship and activism.

It’s obvious that the Greek letters that they pledge, the founders’ legacy they vowed to continue, and the lifetime sisterhood holds no value, because they easily traded it all for the social media followers and to have their faces on a party flier. You don’t diminish the hard work and reputation because money hungry corporations are seeking to suck the blood from any idiot looking for a junky fix.

Unlike other reality shows I’m holding this one to another level because not only are these women degrading themselves, their founders’ legacy and what their sorority currently stands for, but they are also disrespecting HBCUs. You would think to be college-educated, you’d understand your history—your real history, not that manmade textbook crap you’re taught. You would be fully aware that you stem from kings and queens and in doing so, degrading yourself on TV would’ve never crossed your mind. You would have the knowledge to understand the value of your image.

Why is it so hard for people to grasp that when you do things for TV and play the fool they want you to be, you aren’t just representing yourself? In this case it’s yourself, family, sisterhood and Historically Black College and University. When did it get so hard to understand? Especially with everything going on, the last thing you should do as a black woman is further perpetuate the negative stereotype of our race.

If there weren’t enough examples of the exploitation that is reality TV—especially those on VH1 and under the tutelage of Mona Scott-Young—I might understand why these women exploited themselves and their sororities. But we have enough examples. These shows are for pure entertainment and unfortunately in our society right now, “good entertainment” is women bringing each other down and self-disrespect for the world to see.

If you want to see more of yourself on TV and the perks that come with it, work for it. Don’t misuse yourself and your affiliations for the quick route to success. Stop perpetuating the stigma that black women that are supposed to be on the upper echelon have no class, education, dignity nor respect for other women. Stop thinking it doesn’t matter because it does. Don’t be so quick to sign your reputation and self-respect away because it seems like the cool thing to do.

But for the Vixens looking to join undergraduate or graduate chapters of these prestigious organizations. These that built on the premise of scholarship, sisterhood and public service, ignore the characters you saw on Sorority Sisters and flip the page to check out the women that are a part of these Divine Nine orgs. 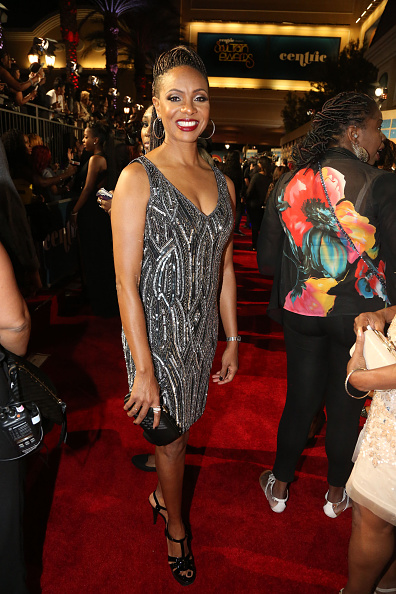