The cast of Love & Hip Hop: Hollywood may only be one season in but all their skeletons are being thrown out the closet. From the weekly episodes to the reunion, the drama is continuing whether the cameras are catching them or not. Today (Nov 6) two of the memorable and drama-filled cast members Teairra Mari and Morgan Hardman, stopped by The Breakfast Club and spilled tea, liquor, milk and anything else they could about Ray J.

Teairra is known for her on-again, off-again, volatile relationship with the singer and Morgan used to work for him. Both have since cut ties with the troubled star and have no problem putting his business out there. Mari was visibly shaken from the recently taped reunion episode while Morgan was obviously still enraged over how everything went down. From Ray J to Princess Love check out plenty of things the two ladies revealed about Brandy’ brother.

How she fractured her Hand:

Morgan: “They let her [Princess] come at me last night, Ray sicked his dog…I punched the wall, I fractured my hand…They didn’t let me fight her and I was really upset and I had to get it out.”

On Whether Ray J Fired Her or Not:

Morgan: “He did not fire me—I did not get fired, don’t say I got fired because I work very hard.”

Ray J Getting Her Son Kicked Off His Basketball Team:

Morgan: “My son’s god parents run that team. He told them, ‘take little Corey off that team. If any of y’all don’t kick little Corey off that team, there is no team.’ Where I don’t respect that is, this is the only man that my son ever had in his life. I’ve been around Ray J since my son was two—it goes mommy and Uncle Ray J…You’re going to disrespect my baby that has nothing to do with anything.” 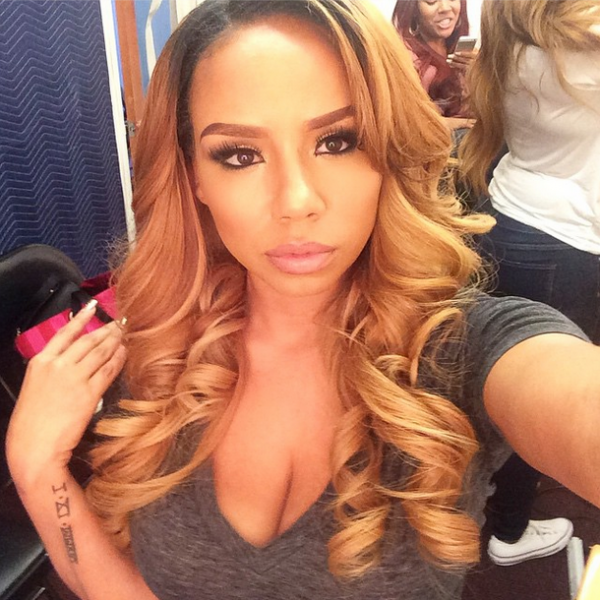 Morgan: “Ray needs help because he’s battling with demons inside. After everything happening last night and him trying to come for my kid, I will never respect him—People need to stop covering for Ray and get him some help.”

Teairra: “I do feel like he needs professional help and so do I”

Morgan: “I was trying to stop him from hitting Princess, that was my job to cover everything up. I’m not the only one he’s done it to and neither is Princess”

Teairra: “He’s never put his hands on me”

Teairra:”He was charming. We were a like in alot of ways. I was the female version of him in a sense.”

Questions: Is it better than Kim K.’s?

Morgan: “Tell the truth and stop saying that I’m lying because I will sit down with my son and let my son tell his side of the story and I will play the audio—of the confirmation that he put his hands on me in front of my child and other people as well. Don’t do that. I’m not a liar and he sat there in my face yesterday and kept saying that I’m lying and that’s why I went so hard because I don’t lie.”