The artist of our favorite summer hit “2 On” made press rounds this week as she released her highly anticipated album, Aquarius.

Yesterday morning (Oct. 7), Tinashe braved the rambunctious and no holds barred morning show crew of the Breakfast Club to chat about her personal life and music. While Angela Yee focused on her music and love life, of course Charlamagne trolled the newly legal singer with sexual innuendos, his thoughts of her ability to get an apartment due to her ethnic name and a few off-kilter questions that made us replay the 18 minute interview, all while laughing and shaking our heads.

Vixens, continue to click to check out the 10 things we learned about Tinashe from her Breakfast Club interview.

1. Just by the sound of it, the songstresses name gives off a ghetto fabulous vibe (or ethnic as Charlamagne put it), but it’s actually heaven sent.

Tinashe actually means “we are with God” from the native Shona people of Zimbabwe.

2. She has a personal connection to the motherland.

Tinashe is African. Her father is from Zimbabwe and her mother is of Irish/Norwegian/Danish descent.

The 21 year old explained the song title saying, “it’s a little too buzzed, too faded, in a good way. Just super turnt up.”

4. Tinashe is the farthest thing from a one hit wonder. She’s been popping in the entertainment industry before she stole summer 2014 with her hit “2 On”.

At the young age of 4 Tinashe was destined for stardom. She got her foot in the door of the entertainment industry by modeling and acting. She even had a recurring role in Two and a Half Men, alongside Charlie Sheen.

5. She once opened up for Justin Bieber.

Before going solo Tinashe was apart of a girl group called The Stunners, which got her feet wet in the music industry.

6. Beyonce and Rihanna aren’t the only artists with die hard fans.

#TeamTinashe is known for being “2 On” of course as Tinashe admitted, “they are awesome, they go in.”

7. Mixtapes aren’t only for rappers.

She released three mixtapes. She wrote and recorded all the tracks on her own to build her fan-base, which eventually caught the attention of her label, signing a deal within a year. 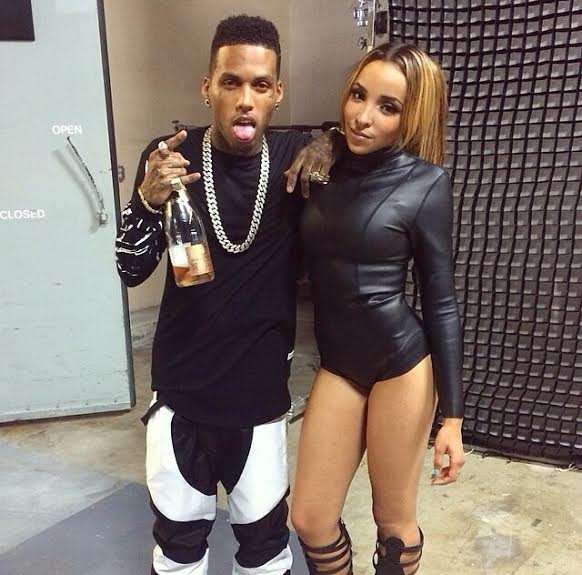 8. She’s too busy for relationships right now, but when the right person with the right credentials come along she’s open to it.

The five things Tinashe looks for in a guy is: loyalty, honesty, being respectful, understanding her life, and not making her feel bad about working so much.

9. Born February 6th, her debut album title Aquarius is symbolic of more than her zodiac sign.

Tinashe explained, “It’s a metaphor that represents who I am without being a self-titled album and it represents a new era I’m trying to bring to the table as far as music goes.”

10. “Cold Sweat” is one of her favorite tracks off of her debut album, Aquarius.

Tinashe reveals the song is about “the pressures of life and society”, which she feels at times as a young, upcoming artist.