What do This Christmas, Fast and Furious and Stomp The Yard all have in common? Fine, half-naked men.

Show us a great movie and we’ll show you the fine actor that starred in it. Every Vixen wanted to find their own Lance Sullivan (minus the cheating) in The Best Man, and when we learned of Derwin’s departure from The Game, it crushed women everywhere. Outside of their great acting abilities, they are also very (very!) easy on the eyes. They have bodies and faces like gods, and their characters are the perfectly-flawed men women would kill to find.

Fellas (ahem, gentlemen), whether you’re a triple threat like Tyrese with many movies and shows under your belt, or you’re a new on our radar like Jay Ellis, we want you to know we’ve taken notice of your hotness. We’ve given love to the rappers and the athletes but we have yet to give love to the men that act their ways to our hearts.

Hardworking is second nature to the Jackie Robinson look-a-like as he’s already prepping his next film Draft Day. So Vixens, it won’t be long before we catch this beau on our screens again.

The slick talking young boy in ATL has turned into this smooth-looking grown man. Ladies, are you ready to see him in the TLC biopic as Chili’s baby daddy Dallas Austin?

He’s tall, fit, and has no fear of saving the world for us (see: Captain America and Fantastic Four). And, the versatile actor doesn’t mind making a fool of himself just to see any lady smile.

Nick Cannon grabs our attention by what he does more than his looks. His savvy business tactics have us wanting more of the funnyman. Part ownership of Nickelodeon, producing TV shows and being married to a musical legend make him a certified banger.

Unlike (all one million of) his cousins–who are trying to find their lane in the entertainment out of the family’s famous first generation–Damon has been making his own career in his comedy show Happy Endings.

Any guy that’s easy on the eyes and can make us laugh is a plus in our book.

Joseph Gordon-Levitt is a veteran in the entertainment industry (he started acting professionally at age 6). It’s been a pleasure seeing this adorable kid turn into a handsome man. Whether he’s acting or starting his own online production company, for this all-grown-up cutie, the sky’s the limit.

Cosmopolitan may peg him as “the hottest actor to watch in 2013,” but he’s been on our radar since 2011. It’s hard not to stop and stare at this gorgeous guy whose entire demeanor is alluring. Vixens, get ready to see more of him in his sketch show on MTV called Blogger Girls.

Tristan’s smile drives us wild (see above). The 23-year-old actor is putting all his talents to work as he dabbles with his music career and being a attention-grabbing lead in 90210.

One of the stars of the hit CW show Gossip Girls is someone worth gossiping about. We aren’t sure if it’s his eyes or his smile, but there is something about Chase Crawford that keeps us wanting to see more. Catch him in his next film, Responsible Adults. 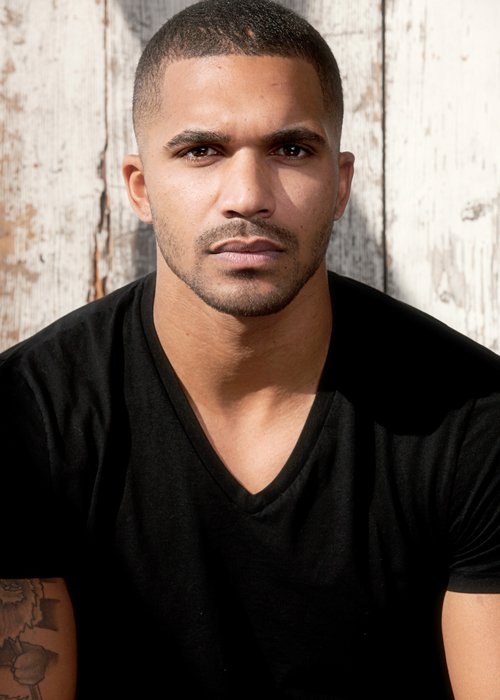 Say hello to Tyler Lepley. He’s new to the acting world but he’s coming full force with silver screen feature Baggage Claim and TV show The Have and The Have Nots. As attractive as he is, I’m pretty sure he will have no problem making fans.

“We’re gonna have to work at this every day, but I want to do that because I want you.” That line alone solidified our love for Ryan. His character Noah fought for his love in the Notebook and made us fall for him in real life. It doesn’t hurt that Gosling is easy on the eyes. Photoshopped, much?

We first got hip to this sexy guy in Queen Latifah’s movie The Cookout. He’s the sexiest flier in Red Tails and the best eye candy as a swimmer in Pride. Period.

We’ve been wondering if the B in Michael B. Jordan stands for beautiful, because that’s the best way to describe this actor. As is our love for him, his acting résumé is long and growing. His upcoming movie title asks Are We Officially Dating?, and if it’s up to us, the answer is yes! 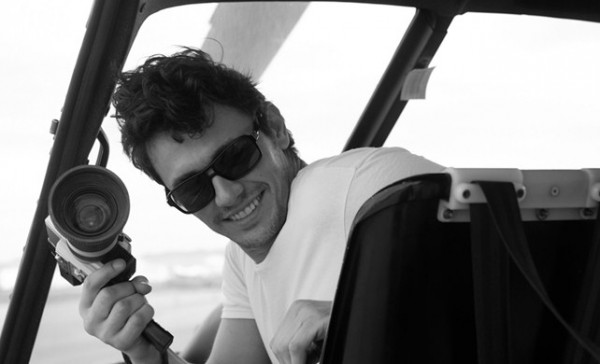 One of the few men that can rock either a scruffy or clean cut and looks like a fresh spring day. Whether he’s playing a hiker who has to amputate his own limbs or a pothead on a funny adventure to save his life, the only thing that supersedes his impeccable talent is his irresistibly good looks. 2013 will definitely be James’ year as he’s playing Hugh Hefner in Lovelace — why didn’t we get into acting, again?

One Tree Hill’s sexiest athlete was Chad Michael Murray. We don’t remember why we started watching the hit WB show, but we do know once we caught a glimpse of him on the screen, we were instant fans. Murray fans can catch him in Tyler Perry’s Madea’s Christmas due later this year.

Jett Jackson a.k.a. Lee Thompson Young has come a long way from our TV crush on Disney. The all-grown-up actor is still fighting bad boys (minus the super powers) on TNT’s Rizzoli and Isle. A man with a badge never looked this fine.

We can give you 99 reasons why we love Terrence Jenkins (a.k.a. Terrence J). He moved from NYC’s 106 & Park to pop a squat on E!. And in the middle of his two major hosting moves, he starred in quite a bit of movies. The best part? He got sexier as he worked his way to the top as an actor. We love his hustle and we adore his looks! 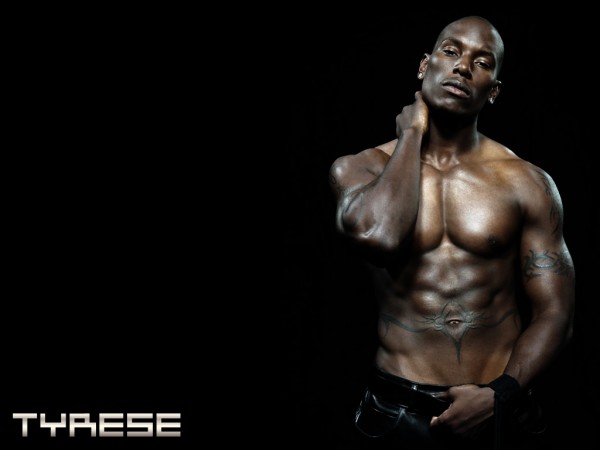 He’s turning into the modern-day renaissance man. He’s a singer, actor, writer and Twitter motivational speaker. Starring in two of the best franchise action thrillers (Fast and Furious and Transformers), he’s a smart businessman as well. Despite how big of an actor he is becoming, he will forever be Jodi in our book.

If we were trying to cast a face of Christian Grey from 50 Shades of Grey, Matt Bomer is the actor we’d love on the big screen. Our wish may come true since casting directors have him in the running for the part. The White Collar actor captivates us with his eyes then seals the deal with his three-piece suits. Swoon!

Our fingers are crossed that our next doctor looks like him, even if he only plays one on Grey’s Anatomy. Every Vixen loves a man who’s intelligent and knows the ways around the female body.

It’s okay to look. He is fine… and legal.

Romeo has come a long way from the Lil Romeo Show. Besides being a rapper, he’s an athlete and actor with a lot of potential in the entertainment world. If they have us casting for a fine lead with a body the ladies won’t be able to stop looking at, he would be cast in ALL our films. 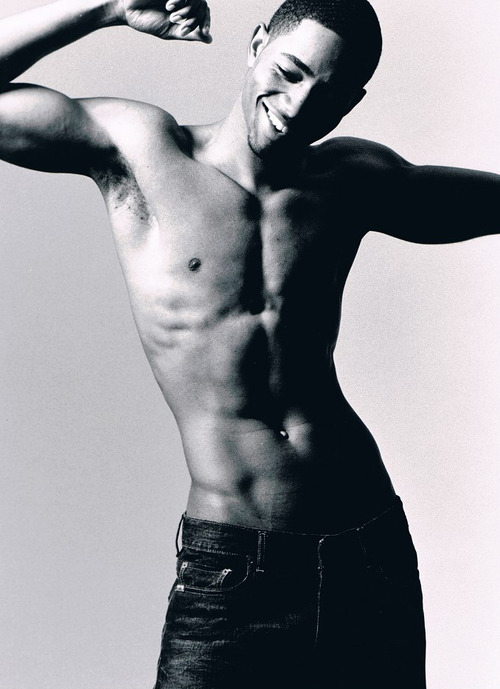 He’s gaining his fame as one of the newest characters on BET’s The Game. His TV love interest may be our cover Vixen Lauren London but we have got our eye on those two. Seriously, we couldn’t help but get lost between in his abs and his smile. 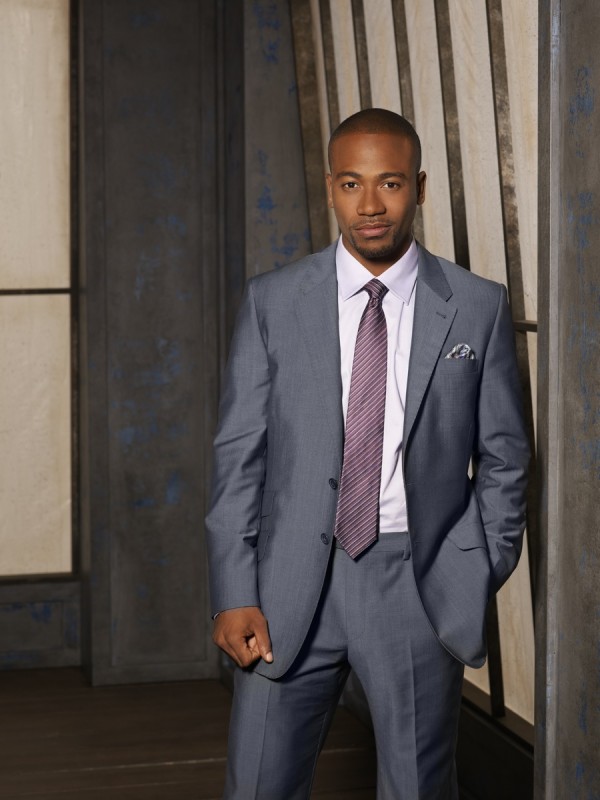 He caught our attention when he played hard-headed DJ in Stomp the Yard. Now as Harrison, the take-no-mess gladiator in Scandal, he’s completely stolen our hearts. Through his various characters, he’s shown us that he’s hard working, buff, will fight for his lady and looks good while doing it. Sorry Olivia, but if we have a problem we need solved, we’re hoping Harrison is the guy that saves our day!

Any man willing to do a movie about being a male dancer is a winner in our books. We know we can’t have this married father but that doesn’t stop us from having an on-screen romance with him.

No matter your preference, you can’t deny he’s extremely easy on the eyes with a pretty captivating smile. He has a gorgeous face with body to match; that alone is tempting enough to make us go absolutely nowhere. Be sure to catch him in his new show The Crisis this fall.