While fans, haters and critics try and dissect Ashanti, she’s creating an empire.  The multi talented singer-whose debut was over a decade ago- continues to create chart topping hits and songs that speak volumes to our personal lives. Today, the former princess of Murda Inc. is reintroducing herself as a Braveheart.

From tabloid headliners and romance rumors , the talked about singer is telling her story through new records. “I feel like the album tells a complete story from top to bottom, for everyone that has questions about ‘who is she talking about, what happened to this, or who did that’ [I’m answering it all].” While others thought it was lights out for her career, she was perfecting both crafts, singing and acting. “My last project I teamed up with Lifetime and did the Christmas movie and Christmas EP so we’re planning on doing something dope this year—a lot of people don’t know TV is where the money is. Television is definitely a niche.”

On a press-filled day of interviews and makeup retouches, we met up with the record holding singer to do just that– talk some more. Questions aside, we got to learn about the singer, her familyand her faults. In an eye opening discussion, she revealed all of her favorite 5’s and a juicy—food-wise—secret about her.

Check out our chat on the next page and be sure to purchase Braveheart today!

Is this new album going to be personal like your past projects?

Absolutely, hence the title Braveheart. It’s about being brave and vulnerable.  I feel like this is my most vulnerable and organic album. I wrote about everything that I went through at that moment, everything I felt—good, bad, and indifferent. I feel like the album tells a complete story from top to bottom.

You haven’t been musically mainstream for a long tim,e so is the music is a compilation of all these years?

For the most part everything has been recent, and when I say recent, a year to two years [ago].

How does it feel to have your own label?

It is an amazing feeling and a lot of hard work. It gets frustrating at times with being an indecisive person, and the fact that I have everything in my control, it is a lot to wear on your shoulders. But, it’s worth it, when you put in the blood, sweat and tears and you are happy with the outcome and you can pat yourself on the back and say, “you did it”. It’s a learning process, I’m learning every day. I learned a lot from the people behind the scenes and just being able to apply it and understand it.  kind of have to split myself in half—half of me being the artist and half of me being the CEO. One thing I learned about myself that I don’t like, I make very expensive mistakes—it’s not a good feeling but I’ve learned from them.

What have you learned the most or appreciated now since you are on the other side?

To be grateful and thankful in the moment of positivity.  In the beginning, I didn’t realize what it meant to be top 5 or 3. I didn’t realize how good it was to have the #1 record in the country. I knew it was great, but you don’t realize how sacred that is.  To have these accomplishments, it was so easy back then, the music industry from 2002 to now. I learned to really take it in and appreciate it because you might not get another one.

Does that scare you that it is harder and different?

It doesn’t scare me for the simple fact that I am super content. I’ve done some monumental things that I’m very humbled and proud.  I have an amazing team around me and the amazing accomplishments that we did, still hold records years later so, I’m content. That doesn’t mean that I am not going to try to go farther and break my own records. I’m going to continue to strive for bigger, better things.

Which song made you cry or made you say “did I really just put my business out there?”

I would definitely say “Scars”, “Nowhere”, and “Never Should Have.” Those are the most heartfelt.  Those records speak vulnerably. “Rest in Peace” is another one that is really deep–it paints a very vivid picture. The first line I say is “your hands should be cover in blood by the way you ripped my heart.” That’s the visual [laughs]. 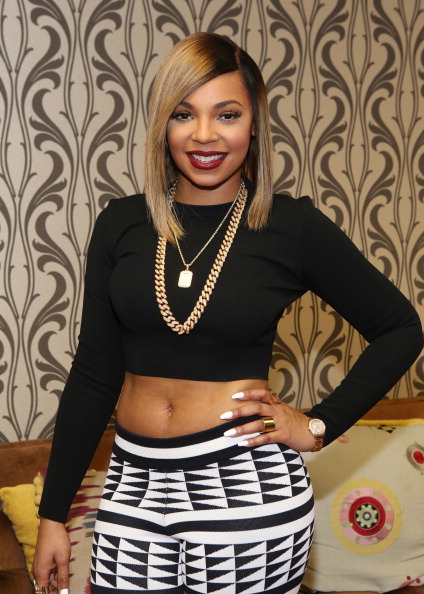 What inspired your new look?

Honestly, I did a photo shoot last year and everyone was like, “hey let’s try something different.” I felt this is Braveheart; this is a new movement. It’s about bearing it all, about being vulnerable, pushing it to the edge and trying something different. I’ve always had long hai,r but this time around we wanted to try something totally different and I’ve never rocked short hair before. After the shoot my photographer was like, “If you don’t cut it I’m not talking to you anymore; the relationship is over.” So it was a little bit of a threat (laughs), but more so about the whole movement of being true. I can’t say I wasn’t confident before, but this is a different kind of confidence with short hair.  I do miss a nice slick ponytail. I can probably still do it but it won’t be as cute [laughs].

What is one thing you hate about being a celebrity?

Just the things people expect from you sometimes, it’s mind boggling to me. Sometimes we are not considered as human beings. A person may not know I just got over the flu, was in the studio for three days, my throat hurts, I am on pain killers and I just want to sleep for 2 hours on this flight. Then I’m called a bitch because I don’t want to take this picture at this particular moment. Can we wait until this flight is over maybe? Sometimes you have to do it, otherwise the word gets spread out, “Man Ashanti was a bitch,” so you got to suck it up and just do it. It is never an off day.

It’s a family affair with you. How does it feel to have a tight knit family in this cut–throat industry?

Who is the hardest person on you in your family?

Probably my mother and my sister- just to do better and strive. My sister makes a prominent point to throw it in my face, but it is never in a ill will demeanor. It is always in a way of, “yo, I am looking out for you.” I’m lucky because my sister is in a younger generation so that keeps me in the know of what is going on for generations younger than me.

What is one un google-able fact about you?

I’m a good cook; I make the whole spread for Thanksgiving.

What’s your favorite dish to cook?

I love to do a whole chicken, cabbage, rice, and teriyaki salmon. My orange chicken and my asparagus is crazy. I made some jerk tilapia not too long ago on the grill– that was new for me.  I like to make kabobs–pineapple, onions, peppers, and I season the chicken sometimes I put shrimp in-between.

Have you ever thought about making a cookbook?

5 people you want to collab with? Dead or alive:

5 fashion items you can’t live without:

5 tips for getting over a breakup:

5 most played songs on your IPOD

5 roles you would like to play in or actors you want to work with.

I like any action films and romantic comedies–a Bonnie & Clyde type of role.  A comedy film, I want to work with Robert Deniro or Al Pacino; I love action type movies.