What do you get when you combine a gorgeous, kinky mane, glowing skin, sugary-sweet smile and undeniable talent? Latarsha Rose. Appropriately named after one of the nature’s beloved eye candies, the Brooklyn born beauty shines in BET’s fan favorite Being Mary Jane. Portraying the BFF of title character Mary Jane (Gabrielle Union), Dr. Lisa Hudson’s plot line holds its own, complete with its roller coaster love life and friendship woes.

Rose’s blushing personality oozes through each performance on BET’s first ever hour long scripted drama, but the world was first introduced to the humble starlet in her break out role as Portia in the highly-grossing flick, The Hunger Games. The versatile actress, with performance roots in dance, isn’t boxed in Hollywood’s dimensions, as her multiple Off-Broadway stints accentuate her impressive resume.

With the highly anticipated second season of Being Mary Jane premiering on Tuesday, February 3rd, loyal viewers crave their weekly dosage of the TV drama, suspense and real-life situation-ships playing out on the small screen. The Georgetown University graduate gets candid with VIBE Vixen about the sophomore season, her favorite on-screen kiss and her enlightening advice on conquering fear. 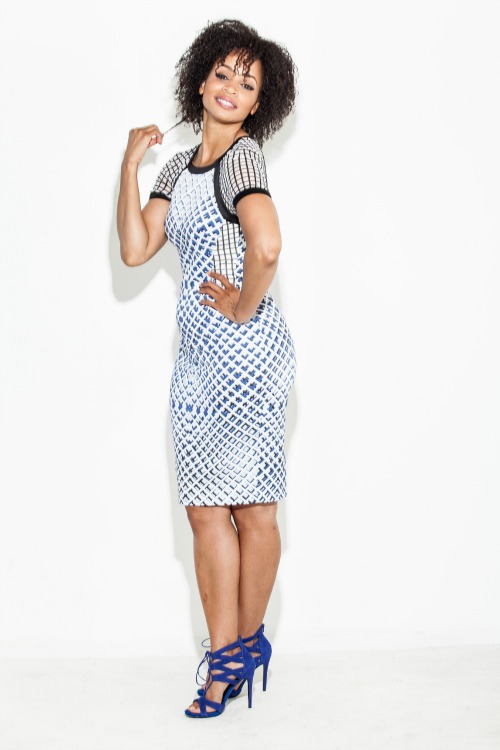 VIBE VIXEN: As the second season of Being Mary Jane premieres, what would you say to the show’s critics who isn’t a fan of the ‘black woman sleeping with a married man’ plot?

LaTarsha Rose: If you look at television across genres and cross ethnicities, sex is a part of what we see on TV. It’s fantasy- exploring the dark side of different characters of humanity. It’s a drama, it’s entertainment.

[The show] shares the secrets that pop up and these are things that are happening and here’s the thing- it’s looking at one woman’s story. It’s revealing in terms of the title character but there’s other characters who have other story lines going on, as well. We have an opportunity to tell this particular woman’s story and how she deals with it.

VV: How similar are you to Dr. Lisa Hudson, Mary Jane’s best friend?

I do my best to be genuine in my friendships- I really value my friendships, I think that’s a shared quality, with finding the way to heal or grow relationships with the skills that I have. I am diligent with my work; I’m very committed to that and Lisa’s a woman who’s constantly searching. If you listen to the books they talk about her reading she’s always looking for books and inspiration to help her be a better person.

There’s your public persona and private persona. You put your best foot forward when you’re out there, sometimes you have to fake it ’till you make it either on an emotional or confidence level. But there’s a human quality in Lisa; the dark undercurrent and her life as well. She’s a woman of faith who’s struggling.

VV: Who’s the most outgoing on set?

It’s hard to say because we have so many cool spirited individuals, but I will definitely say B.J. Britt and Aaron D. Spears.

VV: Who’s the quietest on set?

I don’t know if that one exists! 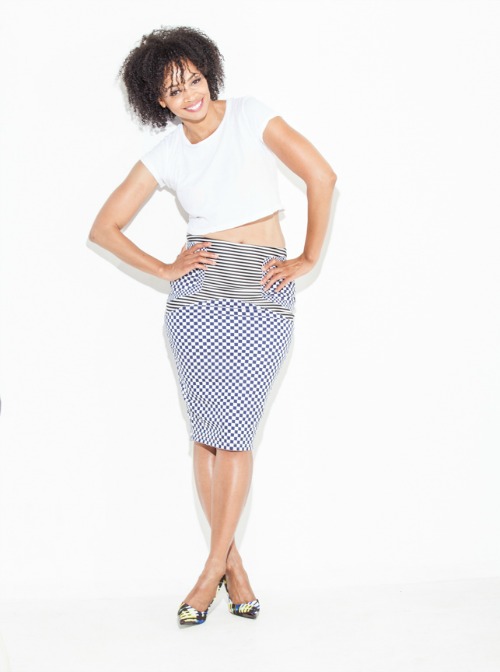 VV: Who was your best on-screen kiss?

LR: When I was on Swingtown on CBS, I had a recurring role, Grant Show, who played my husband was my best kiss- he’s been my only on-camera kiss!

VV: What’s something every woman should try at least once?

Climbing a tree. I do it all the time, I’ve been doing it since I was little.

It’s an amazing experience, it’s like changing perspectives. I grew up in the suburbs- I love being barefoot in the grass and running on the beach, I love all seasons. All I can say is try it.

VV: What’s something you know now that you wish you would’ve knew when you were younger?

That the unexpected doesn’t have to be scary. In college I had planned A-through-Z and it was such a stressful period of time. Now I’ve come to realize there’s what I imagine, then there’s what God imagined for me. So that’s the unexpected and it’s not to be feared. Fear may protect you from hurt, but you don’t need the fear to protect you.

I remember I used to worry a lot and over-think things then you start to realize worrying and obsessing is fear and it’s exhausting! And you realize it’s never what it looks like in your head or your nightmares.

LR: I’m from New York so I’m a New Yorker all the way, that’s my first love. Nothing can compare to that. But there’s things I really enjoy about LA, so I wouldn’t do a disservice to either city.

VV: What are your go-to places when your want a new outfit?

I love vintage and there’s some great vintage shops I’ve found along the way in New York and L.A. One of my favorites in LA is Sheries Vintage, for like special occasion stuff. And the Marshall’s in Atlanta-Buckhead has some really good stuff! Marshall’s is always a good go-to. I got my whole summer wardrobe from Marshall’s in Atlanta.

VV: Where do you see yourself in five years?

Swimming in the Indian Ocean. I have a dream of swimming in every ocean- while I’m on hiatus from one of my productions. I want to be working on amazing period pieces with some heavy hitters and have opportunities to create roles beyond my imagination and work steadily.