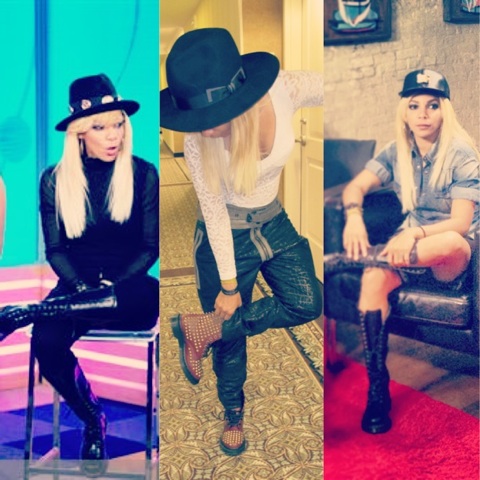 Unless you’ve been living under a reality show rock, you’re already familiar with La La’s Full Court Life star (and LGBT supporter) Po Johnson. Raised in Louisiana, this larger-than-life musician had an interesting journey and credits a lot of her influences and choices to her bluegrass roots. “I’m from Baton Rouge, and it’s a very artistic scene with the blues,” she says. “The culture is artistic in itself, so growing up in that kind of environment kind of spawned who I am today.”

And for that reason, Johnson ditched big names for her upcoming album Sound Collage: The Diary of Love Drunken Monkey, wanting fans to understand solely her talent first.

Vixen caught up with the reality star-slash-singer to find out what we still don’t know about her, details about her upcoming album and her advice for others trying to break into the biz. — Sharifa Daniels

VIBE Vixen: What don’t we already know about you?
Po Johnson: I’m a very calm, cool, collected person, but I’m also very driven [by growing up] in a not-so economically successful family and not wanting to live the same way. People see me on a TV as a super fun girl, but at the same time, I do maintain focus on what I want to be successful at. I make it a point to do something creative every day. I make it a point to write every day, sketch every day. And even if I write the worst song ever, I make sure to do it. That’s how I live my life. You can’t see that in a bio and you can’t see that on the show, so I want people to know that. I’m a fun girl but I’m deep, man.

What made you ditch everything else and pursue your passion?
I was making almost six figures at a very young age, which was cool, but the quality of life is more than that to me. If you love something so much you can’t stay away from it, it becomes a drug. That’s what music is to me. I can’t see myself going to an office and working at a place for the rest of my life just for money. I need to be happy on the inside and out. At the end of it, I’ll be Po Johnson. I can say that I tried.

That’s truth. Will you get personal on this album?
I call it Sound Collage: The Diary of Love Drunken Monkey. It’s about all my emotions, not just a relationship, but going through a lot with my life and using the outlets that we have. I wanna show them what I’m thinking, what I’m really feeling. I wanna show them that I’m insecure, that I made a mistakes. I’m not holding back.

VV: Will there be any features on the album? 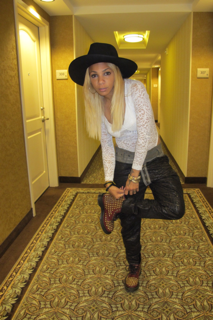 PJ: No. But I do want this artist friend of mine by the name of Spree Wilson to get on one of my songs. I just want people to know me first. I’m being selfish.

So in unselfish fashion, what advice would you give to those who are trying to break in the industry?
You have to believe in yourself. You have to be you biggest hype man. This is your life and you gotta be careful about where you end.

Why was it important to do everything independently?
I’m a very independent person. I’m not afraid to ask for help, but I am a person who likes to stand on their own two feet. People have the misconception that La La takes care of me and Dice, and that’s not the case. She’s emotionally and creatively supportive of my dreams, and it goes both ways. We’re there because she wants us there. That’s my friend. Do I have to be there? No, but I wanna be there.

Dope. Are you gonna be on the next season of the show?
If there’s a La La’s Full Court Life, I’ll be on there.