Let team Breezy rejoice, Chris Brown is a free man! At 12:01 a.m. this morning (June 2), he was released from a Los Angeles County Jail after serving 108 days. It’s safe to say that while he was locked down, the “Loyal” singer has been missing his moment. Now that he is out and his legal woes are lessened, he can pick up where he left off and get back to the music. Here are some reasons why we are  happy to see Breezy free.

X Can Be Released

Since Breezy has been let loose, fans can now look forward to the release of his sixth album, X. “Fine China,” “Love More” and “Loyal” have all been successful fan favs, but with his legal woes and the album constantly getting pushed back, Team Breezy has been forced to patiently wait. With “Loyal” still ringing off as a club and possible summer banger, there is no time better than now to release the album.

He Can Perform Again

Watching the 25-year-old singer perform is a delight for anyone. From his energetic and polished choreography to his themed performances, his showmanship is always up to par. Fans have also been dying to see him perform some of his features on current hits like Kid Ink’s “Show Me”  and “Main Chick,” Sevyn Streeter’s “It Won’t Stop” and his duet with Ariana Grande “Don’t Be Gone Too Long.” It’s been a while since Chris has graced a stage and now that he is a free man, he can do what he does best.

Karrueche Gets Her Man Back 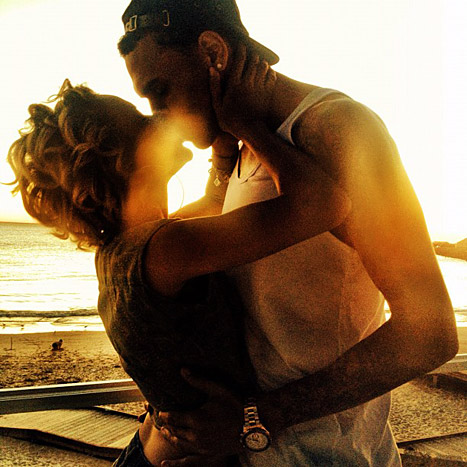 Despite claims of her being a side chick, Karrueche has been Chris’ ride or die. She has been there through thick and thin. Now that he is out of jail and Rihanna is a figment of the past, Chris can make a honest woman out of her and put a ring on it. Wishful thinking?

He Can Do More Movies

Chris has been in a few flicks and his acting skills aren’t too shabby (remember This Christmas?). Now that he has been released, maybe he can work at getting some more movie roles on his resume.