“These Negro leaders have the audacity to go and have some coffee in the White House with a Texan, a Southern cracker—that’s all he is—and then come out and tell you and me that he’s going to be better for us because, since he’s from the South, he knows how to deal with the Southerners. What kind of logic is that?” Malcolm X’s “The Ballot or the Bullet” was regurgitated by Moonlight star Andre Holland as beings of all ages collectively dropped mmhmms from the pews of Harlem’s Riverside Church this Monday (Jan. 16).

Just moments earlier, the very same speech was shared on social media with an image of Martin Luther King III and president-elect Donald Trump, who met to discuss voting rights for Americans. In a moment that couldn’t even fit in the plot of Hidden Fences, a speech from 1964 narrated the dubious prologue of 2017.

But as host Baratunde Thurston called it, the “orange cloud” didn’t shower over director Ryan Coogler’s brainchild. Kicking off last year, MLK Now provided a blanket of knowledge and inspiration with classic speeches from Dr. King, Shirley Chisholm and more recited by the likes of Chris Rock, Lin-Manuel Miranda, Octavia Spencer and Michael B. Jordan. Coogler also catered to the youth with an intimate conversation with J.Cole while Harry Belafonte recalled his time in the civil rights movement with the late Dr. King. 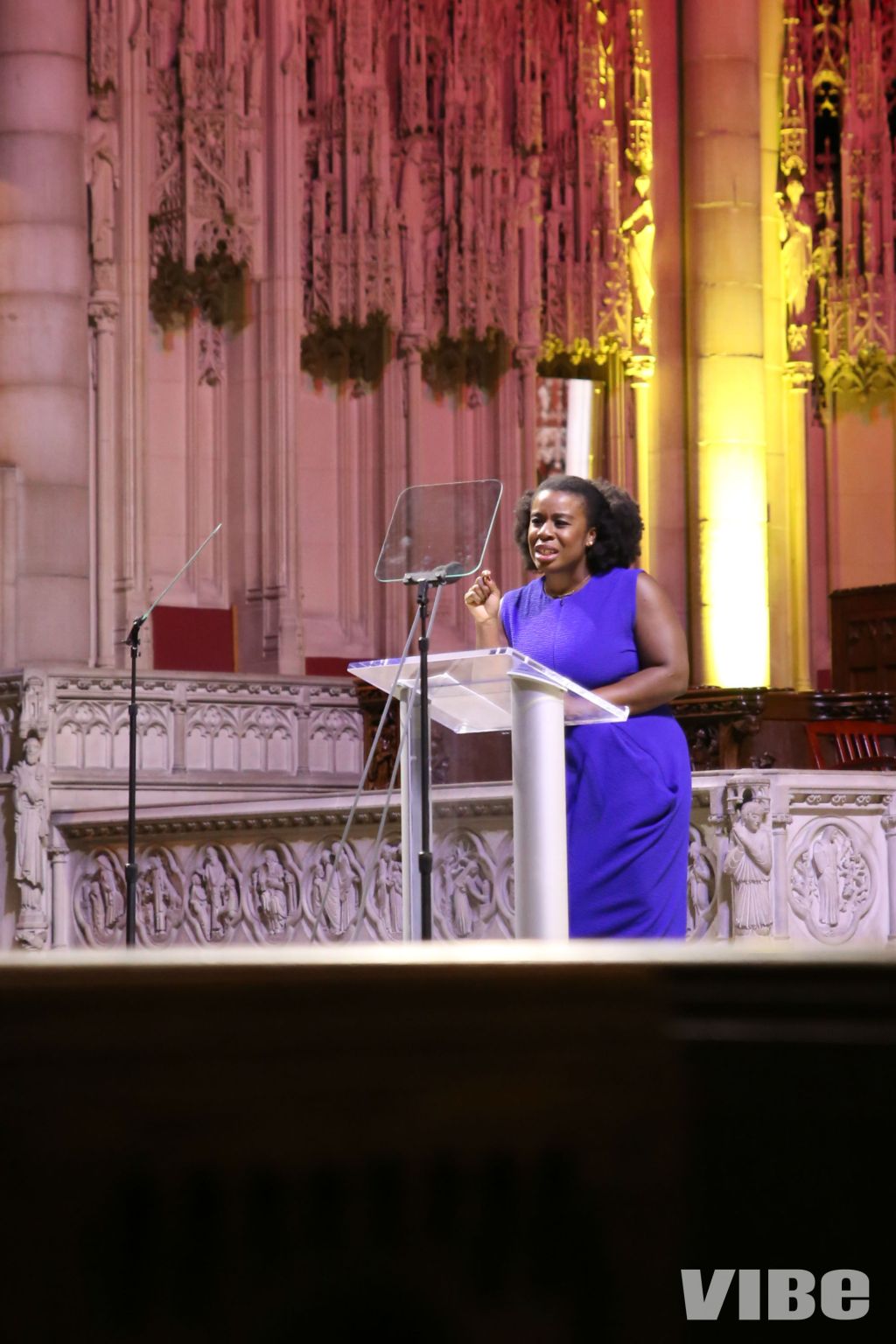 Although this year’s event almost didn’t happen, the sentiment was the same but with a spoonful of substance and stunning performances by Uzo Aduba (Nelson Mandela’s statement on South Africa’s apartheid), David Oyewelo (James Baldwin’s “American Dream, American Negro”), Omari Hardwick (Chimamanda Ngozi Adichie’s “We Should All Be Feminists”) and Q-Tip (Langston Hughes’ “Let America Be America Again“).

The speeches, poems and interviews of black icons heard at the historic church all had one thing in common—a stark prediction into the life of African Americans today. Words by Muhammad Ali (Lala Anthony), Audre Lorde (Michelle Williams) and Maya Angelou (Cleo Wade) weren’t doubtful of hope but shared a sense of realism that’s hard to ignore. In between performances, short films like the Ava Duvernay-produced Black America Again and Sankofa’s Against The Wall shared black beauty in madness. The former, released by Common for his song of the same title, also features his lyrics, “I know that Black Lives Matter and they matter to us/These are the things we gotta discuss/The new plantation, mass incarceration.”

“The government portrayed us as a hate group like the Ku Klux Klan. And that’s not what the Black Panthers were about.” —Yaasmyn Sutton

The conversation continued during a panel led by FM Supreme, Black Panther Elder Yaasmyn Sutton, activist Dante Berry, co-creator of “Black Brown Vote” Ify Ike and Jamilah Lemieux, the vice president of News and Men’s Programming at Interactive One. Lemieux opened up a conversation on media literacy and the harmful effects of sharing fake or damaging news out of shock. “You must be media literate,” she said. “You have to understand what is being said about you, to you and to other people, who is the architect of that language, who is crafting the message and what the end goal might be.” Sutton also pressed the audience to question the mere institutions we’ve been crafted to respect. “The government portrayed us as a hate group like the Ku Klux Klan,” Sutton said. “And that’s not what the Black Panthers were about. I urge you as young people to study, study, study.” 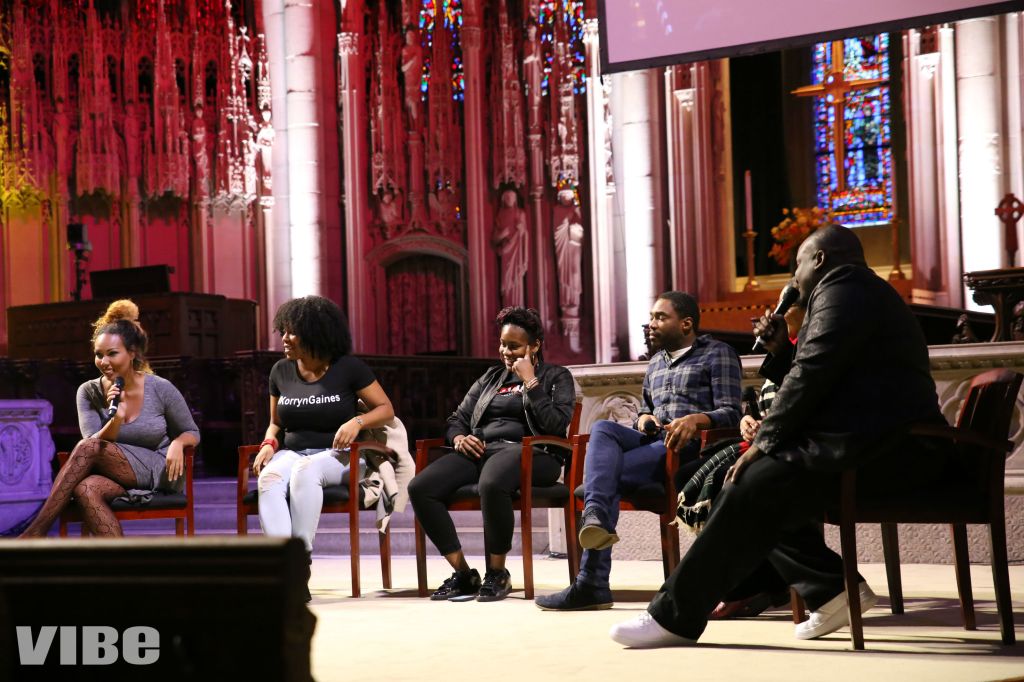 There was light at the end of the tunnel with the soulful sound of music. Erica Campbell belted the gospel while acts like Sol Development ignited the crowd with a hypnotic dose of poetry and jazz. The most recent speech, Michelle Obama’s final address as First Lady, helped everyone see just how much optimism, faith and integrity still plays a pivotal role in civil rights.

After her monologue, actress Olivia Wilde recalled the moment she got to meet FLOTUS and praise her for the work she’s done. “I started to cry like I’m doing right now,” she said. “And she said, ‘Stop, we’ve got work to do.’” 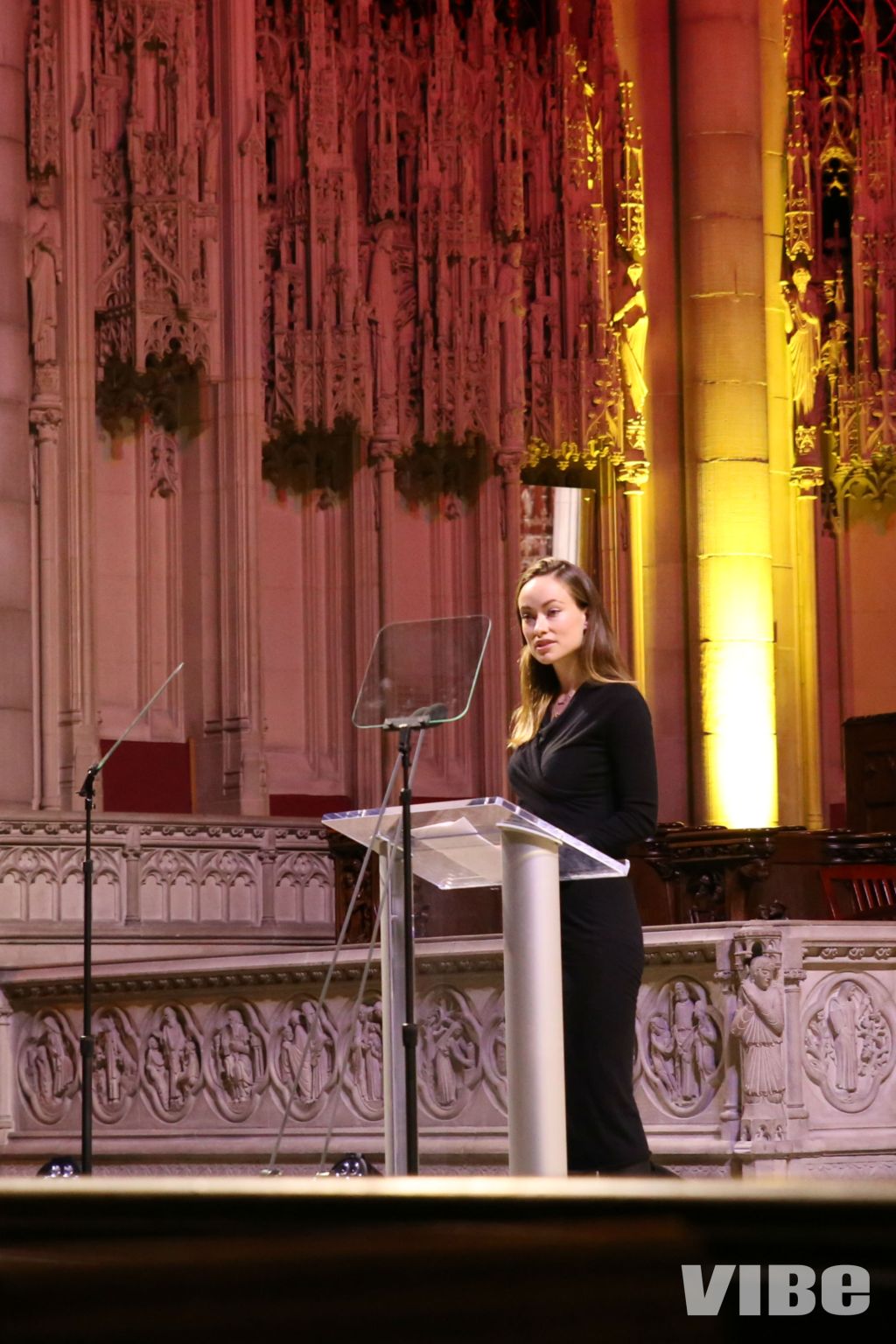 If we’ve learned or felt anything from MLK Now 2017, it’s that the art of change takes many forms, but the mission remains the same. With figures like Aduba, Holland and the youth in our corner, MLK’s ideas will live on.