Before Instagram, Facebook and Snapchat connected with the flex gods to create careers for ambitious folks, models like Naomi Campbell had to capture the attention of scouts through go-sees and comprehensive portfolios. As one of the biggest supermodels in the world, Campbell shared words of praise rather than shade for the next generation of peers like Kendall Jenner and other women she referred to as “Instagram models.”

Speaking to New Zealand’s Remix Magazine, the 46-year-old defended the idea of models using social media to further their career which allows them to break into the industry with much more ease. ‘I think they’re great. I know all of these young girls, Instagram girls, and they’re all really respectful and sweet,” she said. Becoming close with models like Kendall Jenner and sisters Bella and Gigi Hadid, Campbell said she’s even given them a few modeling lessons. “If I can ever help them, it’s a pleasure for me to do that. I’ve helped a few of them with their walks.” 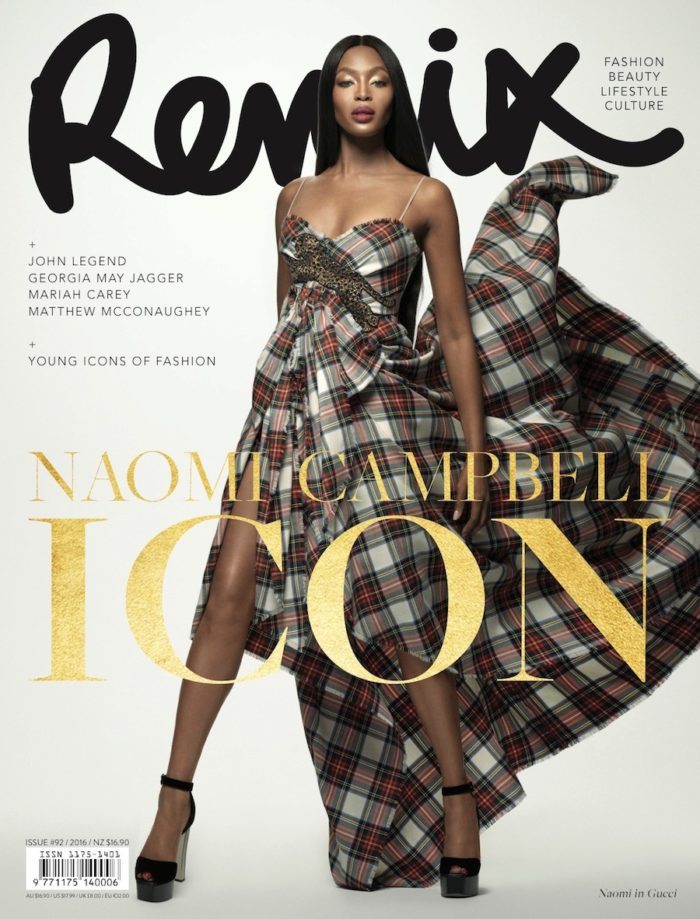 Without referring to them by name, Campbell continued to praise the women. ‘There is a group of girls, I think, that have staying power,” she said. “I never thought I’d be doing it this long either.”

Campbell has built up quite the resume for herself over the years from walking in many runways, covering hundreds of magazines, and launched a show that helped look for the next fashion model, The Face. Despite her entrance into the industry differing from Jenner and the Hadid’s, Campbell genuinely wants to see them succeed as models.

On her view of the overall direction of the modeling industry, she described it as “changing” and “‘very competitive.”

However, these young models are shutting down haters effortlessly. Jenner, 21, has recently deleted her Instagram handle, where she promoted all the photo shoots she has done thus far. Gigi Hadid, 21, was asked to walk again in the Victoria Secret Fashion show alongside Jenner, after their debut in last year’s show. As long as they have the support of the legendary Naomi Campbell, these new “Instagram models” will be here to stay.

Check out excerpts from the story here and a few shots of the queen above.