As fans beg and plead with Frank Ocean to offer up a release date to 2012’s Channel Orange, (or a morsel of proof that the album is even being worked on) the singer-songwriter seems quite content with making his audience wait. And so, fans are waiting.

Yet despite taking to social media to post a cryptic photo of potential album release dates, one should not assume Sir Ocean isn’t working. Tuesday (July 5) fashion brand Calvin Klein revealed the new faces of their fall 2016 campaign on Snapchat, and wouldn’t ya know, Frank Ocean is one of them. 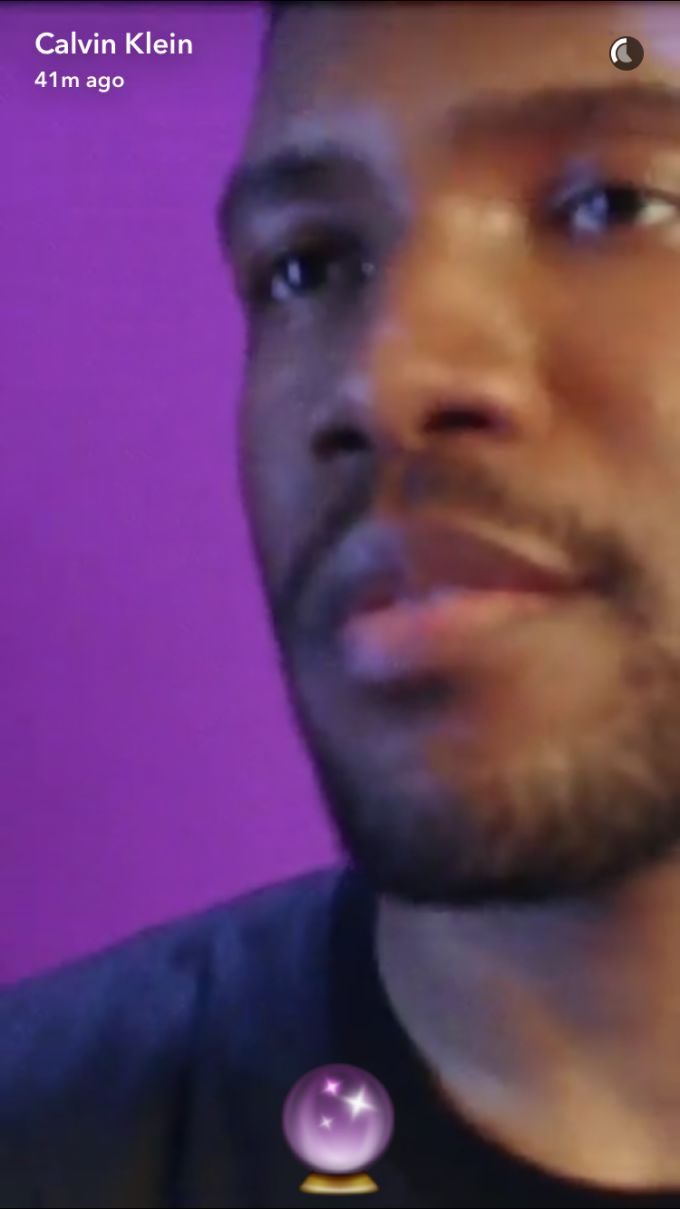 Last year’s campaign included Kendrick Lamar, Justin Bieber, and Fetty Wap. This campaign not only features Ocean, but Young Thug along with several other notable figures.

It’s clear we cannot rush Mr. Ocean on his sophomore album. All we can do is fold our hands and wait…and now buy Calvin Klein in hopes to have a piece of him.