Atlanta rapper Latto has teamed up with fashion brand Icon Swim to issue the Core Collection, which includes various styles of bikinis, monokinis, and gowns. The swimwear brand most recently collaborated with City Girls for a celebrity collection designed around the duo’s particular brand of “wild classiness” according to an emailed statement. For the “Bit*h From The South” rapper, the company took a different route in alignment with her personal style and tenacious attitude.

“Latto‘s personality makes her an equally unique artist to work with,” said Icon Swim. “Her variety of savagery and dignity, combined with her arduous journey to the top, inspired the designers at Icon Swim to use powerful symbols of nature and rebirth in their concepts, such as volcanoes and fire. Our company has been in business since 2015, and we focus on providing affordable quality. We design and manufacture all of our own pieces.”

Yung Miami Appears To Confirm Romantic Relationship With Diddy, Says She "Ain't Coming Off Him"

“My favorite piece of the collection so far is the Asana dress…I feel like it hugs the body, gives you curvature. You know everybody wanna look like they hourglass built, so I feel like it’s the cheat code to lookin’ like snatch[ed]” Latto exclusively told VIBE.

As far as why she teamed up with Icon Swim, the bikinis and coverups are perfect for hitting the beach. Although the 22-year-old rapper admitted she has not checked off that many prime vacation spots, Latto does enjoy the sand and sun.

“I haven’t traveled that much surprisingly (laughs), but I think my favorite vacation spot so far would be Cancun. I’m a beach girl, I lay by the water all day. I love the water, I love the sand, I love getting a good tan, leaving all golden. Yeah, I love the beach.”

This is not her first fast-fashion collaboration. In June, the Queen of Da Souf worked with Pretty Little Thing to release a capsule collection with a campaign directed by Teyana Taylor. For Latto, the release of the Core Collection is just one of many steps to initiating her new era. Kicked off by an official name change and forthcoming new music.

“Elevation, in general,” is next, the rapper shared in a statement. “Bigger music, bigger visuals, bigger production, bigger features. Just elevation overall…I’m in album mode right now, wrapping up my album, so that’ll be the first thing, and then the visuals, then the promo rollout and everything following that.”

During an interview with VIBE at the 2021 BET Awards red carpet, Latto revealed she is working on her debut album. “She’s coming. She’s in album mode,” she shared, referring to herself. The unnamed LP is due later this year.

She continued, “It’s a lot more time and effort that goes into it. This will be my debut album with a major label. It’s a lot riding on it. A lot of pressure but it ain’t nothing I can’t handle.”

The Core Collection by Latto with Icon Swim is available for purchase on Aug. 13. View images from the campaign photoshoot below: 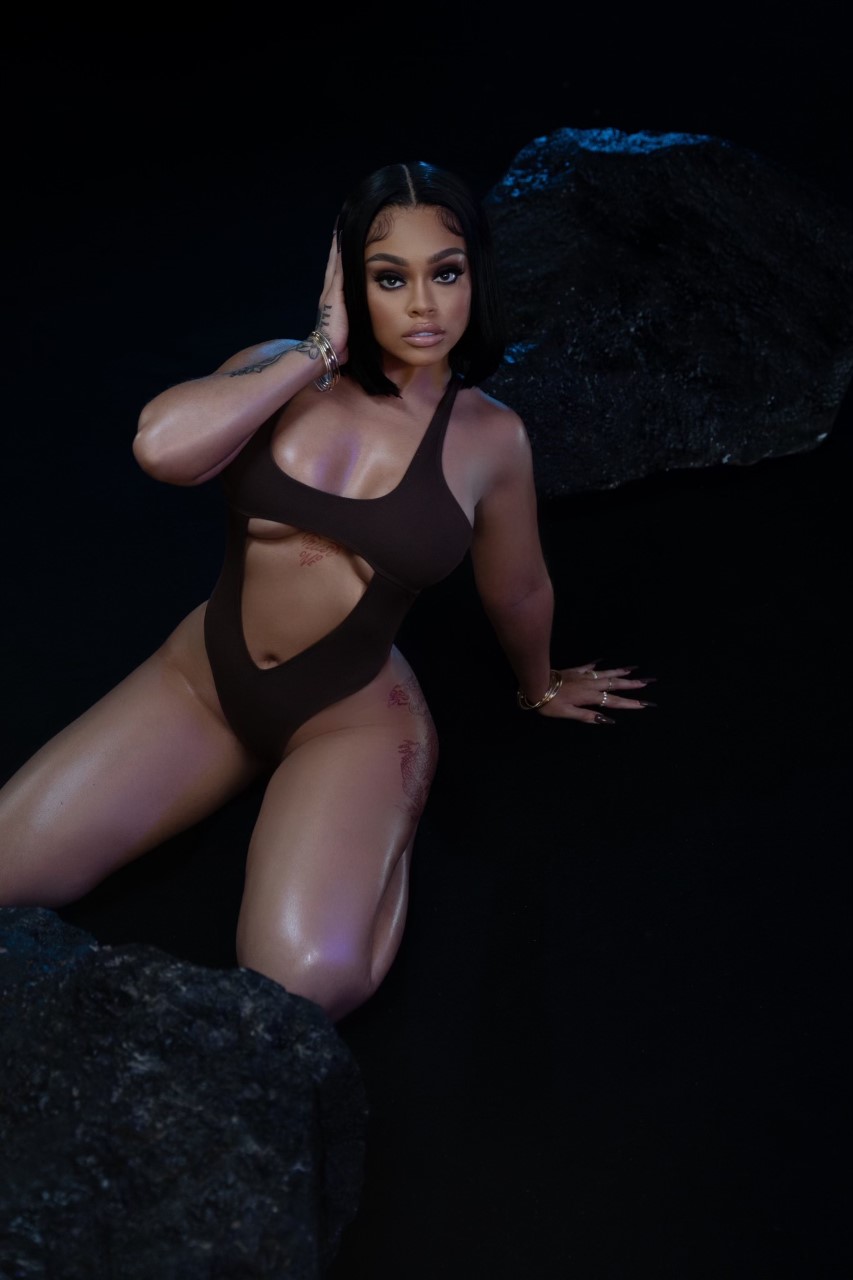 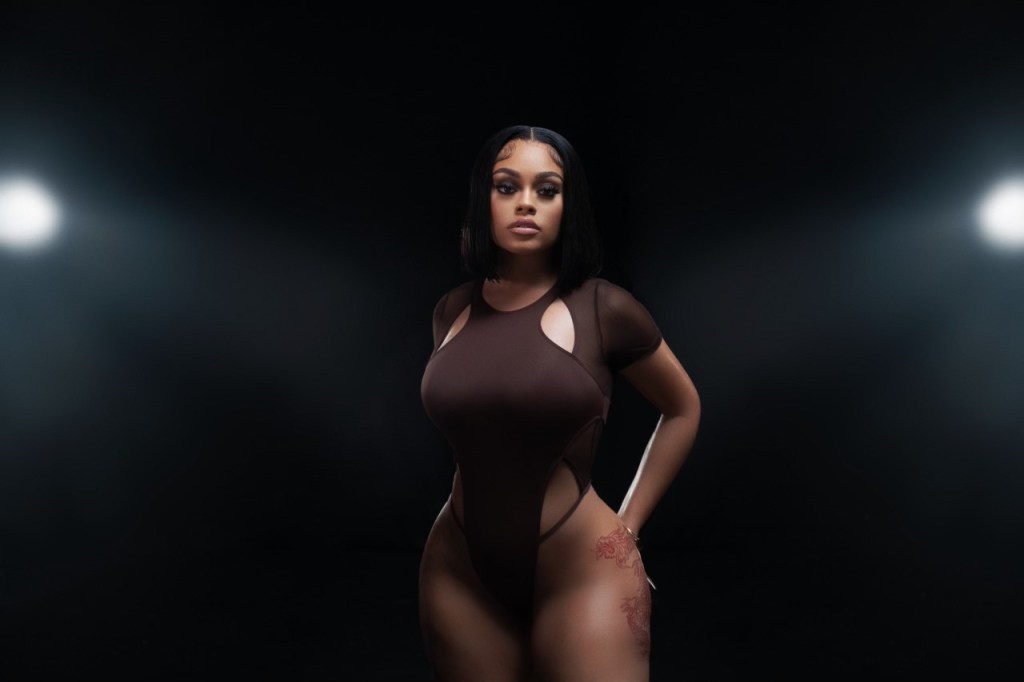 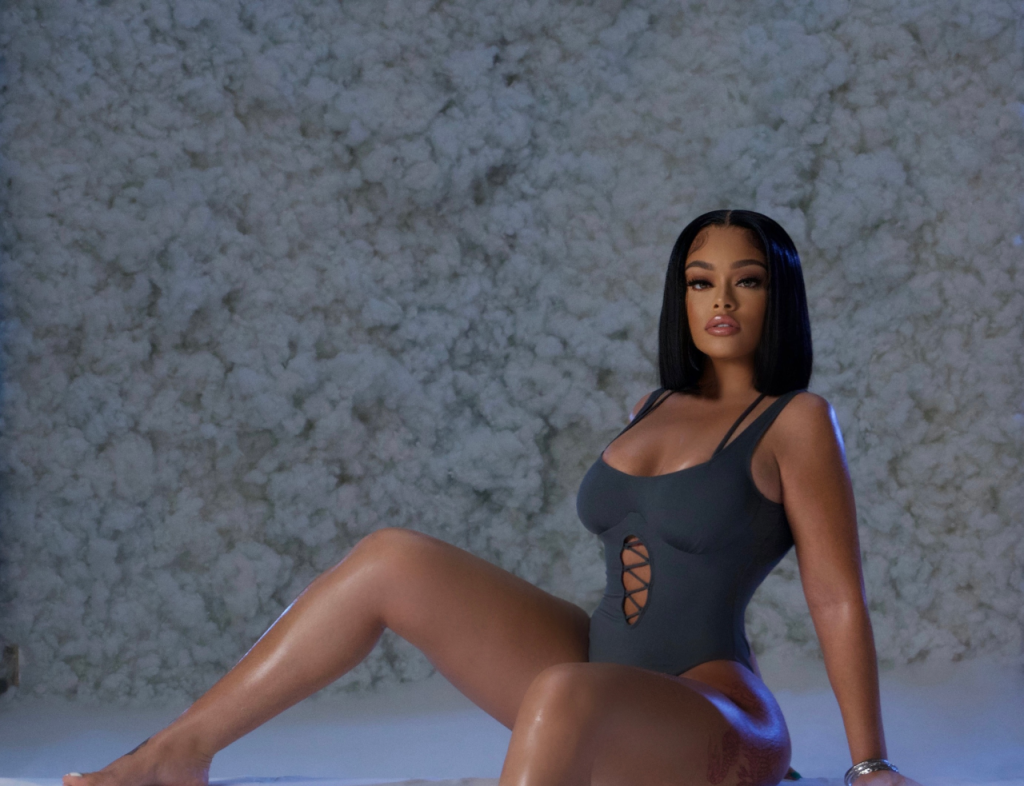 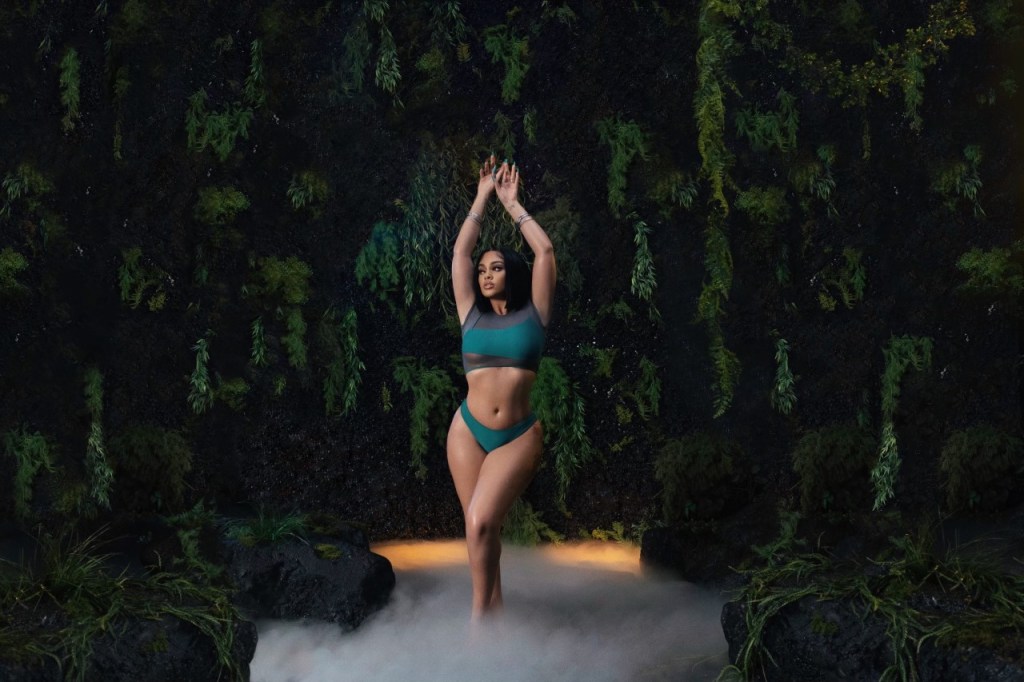